COWIE, BELLEMUER GUSSO HEAD INTO THE U.S. NATIONALS ELIMINATIONS AS SPORTSMAN NO. 1 SEEDS 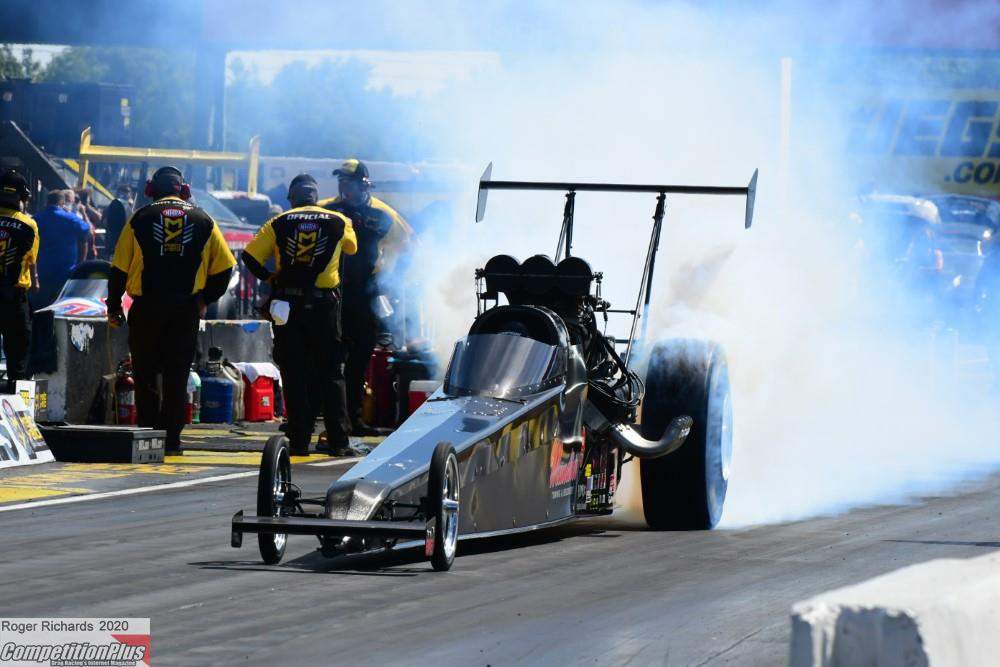 Shawn Cowie stepped up big in Friday's second and final qualifying session to secure the title of quickest sportsman racer on the grounds at Lucas Oil Raceway, as he took the No. 1 qualifying position in Top Alcohol Dragster away from Thursday's top runner Megan Meyer.

The supercharged alcohol cars set the pace for the final session of qualifying, taking two of the first three spot. Cowie's 5.179 elapsed time at 280.54 miles per hour provided a comfortable cushion atop the qualifying list and put him ahead of Matthew Cummings, who was second with a 5.206, 276.86. Meyer dropped to fourth with a 5.231, 275.51.