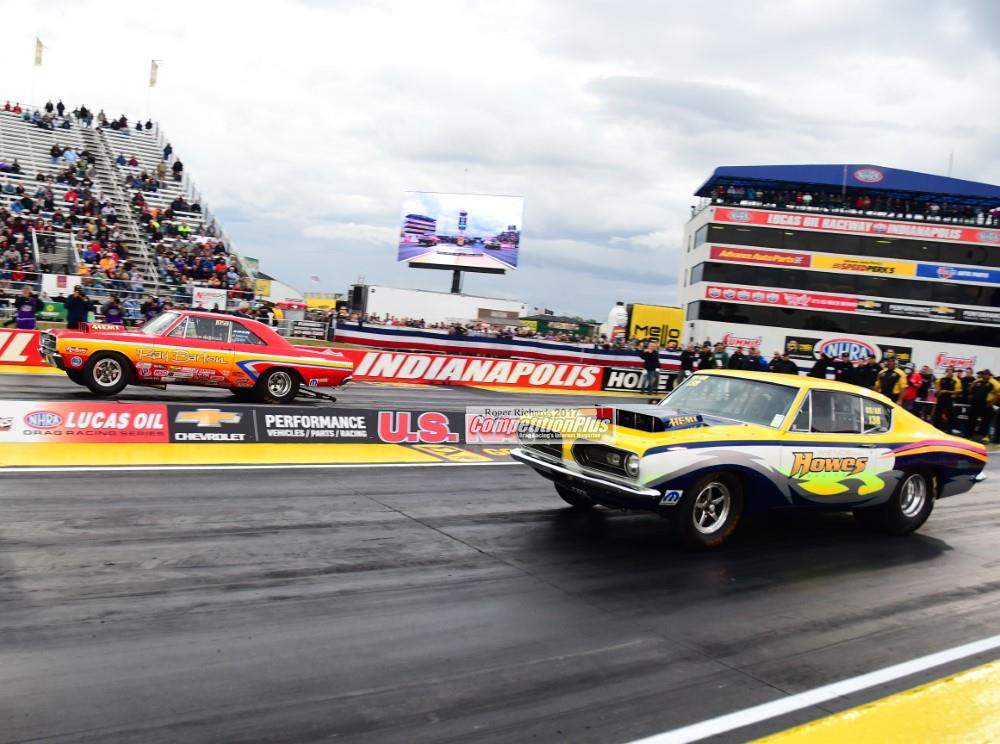 "It's an unbelievable experience," Daniels said of winning the Mopar HEMI Challenge for the second consecutive year. "I can't describe it."

Daniels entered Friday's eliminations as the second seed and used a torrid 9.4-second pace to open with a win over a red-lighting Bucky Hess. He then eliminated Gus Mantas in the quarters, and Steve Comella in the semis.

Although Wendell Howes didn't claim the top prize at the end of the day, he was still was pleased with a runner-up finish in the premier Sportsman race for the Mopar brand.

"The event was great, I think everybody had a good time," said Howes, who hails from Rothesbay, New Brunswick. "He (Daniels) went down, I didn't. As far as the staging goes, it was just a matter of who wanted to blink first."

For his part, Howes entered eliminations at the third quickest qualifier and took out Mark Howes, Stephen Yantus and Steve Kent to reach the finals.

Along with his $15,000 payday, Daniels also received a unique trophy weighing 42.6 pounds. The top sixteen finishers in the event received a cash payout, while all competitors were provided with special decals, hats and limited-edition posters.

Gary Wolkwitz was the No. 1 qualifier but fell in the first round to No. 9 qualifier Jim Pancake.