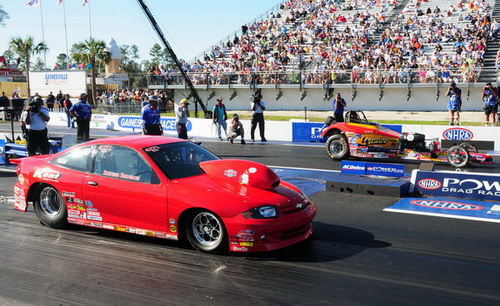 "They’re a bunch of engineers, and it’s just the most creative class, especially in NHRA drag racing. Every combination’s different. These guys, give your hats off to them because they figure out how to do something with nothing that nobody would ever think of trying to make a race car out of."

The yet unnamed program will be sponsored by Brogdon's RBR Machine, a company specializing in everything from oil/gas to the aerospace industry. Right now, the plan and details are still undecided. The one part which is set in stone is the $150,000 he plans to disperse.

"I put up 150 grand, and I made it known my idea of how to break it down," Brogdon said. "I’m getting feedback from everybody else. I told them guys I’ll put this much money up for y’all, so I’ll get a consensus from everybody of what they think and figure out how to divide it up in another few weeks. I’m still getting a lot of people with their ideas and see what they think. Putting it up to them, so they have some kind of say in the matter of how to split it up."

Regardless Brogdon believes his program will prove a point.

"I just hope it proves a point that I’ve tried to make to the people in the know for years out here racing is the way to fix a lot of these classes is make it more worthwhile [financially] for the racers to put out the effort to get there," Brogdon explained. "I told them for years you can cut the number of races, you can change the RPM, you can do all you want, but you start to make it where somebody financially can afford to come to the races, a lot of people going to find something else to do."

Brogdon has lofty goals because he knows and understands as a racer, cold hard cash fixes a lot of ills. He expects the car count for Division 4 Comp Eliminator to double.

"That’s going to prove my point if it does," Brogdon said. "I wouldn’t be surprised if we had a full field at most of the races. That hasn’t happened in years." 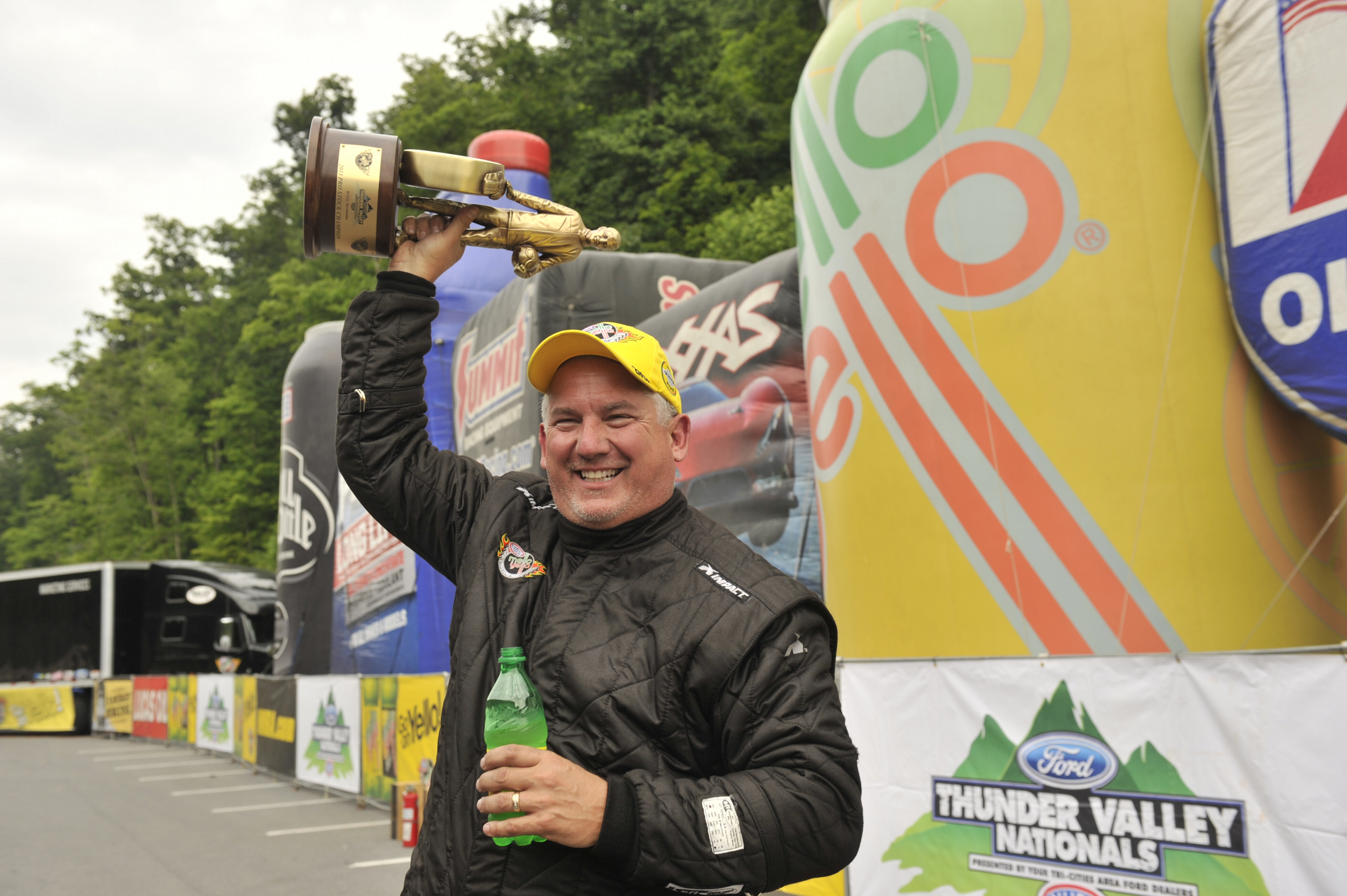 Brogdon, who raced for years in NHRA Div. 4 Comp Eliminator, and won 15 national/regional events, might even come back out to the old sandlot and swing the bat a couple of time.

"I’ve got a couple offers already to drive a couple of cars, so I might at a points race if it doesn’t interfere with this Pro Stock schedule," But I wouldn’t mind doing it but you know I’ve never been really good at driving the finish line. Everybody that knows me will tell you that because that’s why I had so many classes that I used to like to run. I wasn’t very good at running down there and putting on the brakes."

Brogdon isn't the kind who likes to be controlled, especially through the Competition Index Control procedure intended to keep the class affordable.

"I really didn’t like the changes when they went from when you could only run two classes a year after you hit the index," Brogdon explained. "I had enough equipment; I was supposed to have enough equipment to run oh shoot, five or six classes that were 70 under at the time. So if I crushed one, I just moved to another one."

At the end of the day, Brogdon just loves Comp Eliminator racing.

"I really love it. I love racing Comp," Brogdon admitted. "All the guys are cool. They all, that class you’ve got to really think outside the box to be competitive."