The JEGS NHRA SPORTSnationals, widely regarded as one of the biggest and finest weekends in Sportsman racing, returns to Beech Bend Raceway Park in Bowling Green, Ky., for the third consecutive year on Memorial Day weekend, May 25-27. The event, which will feature three days of intense racing action from the top sportsman racers in the country, will have a purse of more than $108,000, along with special bonus races and national event product contingency awards.

The racing action begins on Friday at 8 a.m. as the racers take to the track for qualifying runs. Super Stock, Stock, Super Gas, Super Street, and Super Comp along with Top Dragster, Top Sportsman and Comp Eliminator will take to the track during the day. Both the Top Sportsman and Top Dragster categories will compete in a 32-car field to optimize the competition for racers and fans alike at the marquee sportsman racing event. Also new for the 2018 event is the Sportsman Motorcycle category, adding to the slate of racing action.

“The JEGS NHRA SPORTSnationals is one of the most sought after victories for sportsman racers across the country,” said Josh Peterson, NHRA vice president, racing administration. “The level of competition in each category has continued to grow and the annual support of JEGS adds to the success of the event that we look to continue this year and into the future.”

Friday evening will conclude with a special southern style cookout for the competitors hosted by JEGS, NHRA, and the Dallas Jones family. The cookout will take place in the “Shady Grove” pavilion adjacent to the pit area following the racing activities. Families can also take part in a special JEGS Family and Friends Night at Beech Bend Amusement Park and Splash Lagoon Water Park. 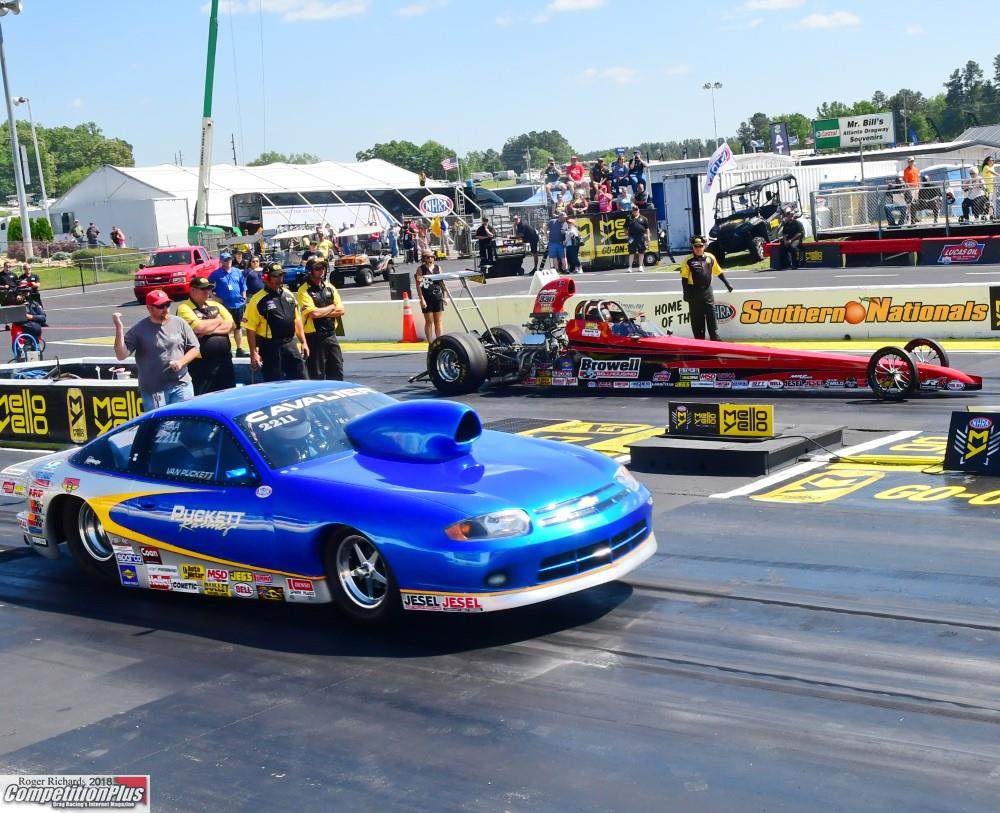 “We know the racers and their families are excited to head back to historic Beech Bend Raceway Park again in 2018,” said Scott Woodruff, director of media and drag racing, JEGS Automotive Inc. “JEGS is committed to the racers on and off the race track, making the JEGS SPORTSnationals better each year with input from our customers and friends has been a priority since day one.”

The racing continues on Saturday with bonus C-Tech Fast Four Shootout races in Comp, Racing RV’s Top Dragster, and Top Sportsman. The hotly-contested K&N Super Shootouts will take place in the three Super-eliminator categories: Super Comp, Super Gas, and Super Street. The fans will also be treated to heads-up, wheelstanding class racing in Stock and Super Stock, which takes place on Saturday and will feature the Hemi Shootout for the popular ’68 Hemi Barracudas and ’68 Dodge Darts. ﻿

Qualifying will be set on Saturday in Comp, Super Stock, Stock, Top Dragster and Top Sportsman. All-run fields will be contested in Super Comp, Super Gas and Super Street.

Eliminations for all classes will be held on Sunday with national points at stake in the NHRA Lucas Oil Drag Racing Series including Comp, Super Stock, Stock, Super Comp, Super Gas, Top Sportsman, and Top Dragster categories, while Lucas Oil Divisional points will be awarded in Super Street and Sportsman Motorcycle.

Memorial Day Monday is planned as a travel day or, if needed, as a completion day for the event.