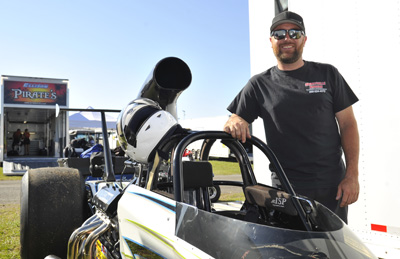 For instance, he can run a grueling 24-race NHRA Funny Car season, and if he’s the most successful, pocket $500,000 for winning an NHRA Mello Yello Series championship.

Or, he can jump in his Super Comp dragster and win it over the course of a week while bracket racing.

For now, there’s no feeling like driving the Global Electronic Technologies-sponsored, 10,000-horsepower Funny Car. But given an off-weekend and a high-stakes bracket race, Langdon is in a similar comfort zone.

“There's a lot of money up for grabs right now,” Langdon said.

Last weekend, Langdon participated in the Sparco Fall Fling 500, one of the majors on the high-dollar bracket racing scene. He scored a runner-up on Day 2, the $30,000-to-win day.

After winning 15 professional national events and a Top Fuel world championship, it’s easy to lose sight of the fact that Langdon was once a Lucas Oil NHRA Sportsman world champion and essentially a professional sportsman drag racer.

“I did it for a few years before I went Top Fuel racing,” Langdon said. “Obviously back 10, 12, 15 years ago, I don’t believe that you had the opportunities that you do now. The way I look at it is I enjoy racing as it 's on my off weekends. I do the bracket racing because I enjoy it, but I also feel that it keeps me sharp. For me, the busier I am and the less that I focus on driving the Funny Car, I feel like I’m the same way racing Super Comp when I was doing it.”

“If I was just going out racing one car focused on Super Comp and you have a lot of downtime, I felt like I wasn’t as good as if I were running two cars and I was busy all the time between both of the cars,” Langdon explained. “I kind of feel a little bit the same way in this day where I don’t have off weekends. Since February, I’ve maybe had three or four off weekends. I’ve literally raced every weekend that I possibly can. 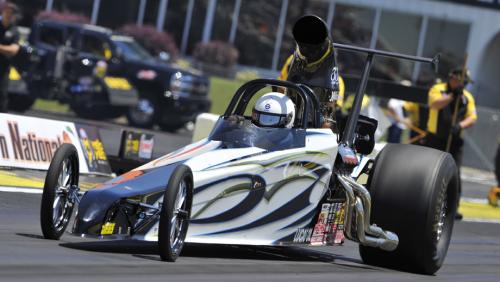 “I think it just keeps me sharp, it keeps your mental focus; kind of keeps the competitive nature up. You don’t really have any time to kind of, I guess, come down from the last race where it’s like okay, I’ve got a week or two off and go about other stuff.”

While downtime might be Langdon’s biggest enemy, the drawback of downtime creates another issue - over-analyzing the details of his job racing a fuel car.

“For me, I keep racing on my mind 24 hours a day. I come home on Monday from racing the Funny Car, and I easily go to working on my three sportsman cars, so I have them ready for the next time that I race,” Langdon said. “It helps me, I guess, from overanalyzing or overthinking the little things that really don’t play a role when you’re racing in the Countdown especially. I just kind of feel like the busier I am, I do what I do, I guess.”

The money one can win on the side gets and keeps Langdon’s attention.

Racing for the big money is admittedly the hook, but keeping sharp is well worth the investment of time and resources.

“Well, why were you slow? What was different? Did you do something different? What changed? And so I kind of feel like it's just all these things that I’m doing on my off weekends, I’m constantly learning about myself as a driver even though I’ve been doing it for 20 some odd years now. But it’s just constantly learning, constantly bettering yourself, learning from your mistakes, making yourself better. Yeah, like racing these races, what was really cool about last weekend is heck, I didn’t even win a race.”

Not even winning a race enabled Langdon to pocket nearly $25,000. A few weeks before Bristol, Langdon claimed $4000 by just reaching the semifinals. If not for a mistake in driving, the payday could have been $50,000.

Langdon believes the promoters putting on these events deserve a huge pat on the back for what they are doing to keep grassroots drag racing healthy.

“It’s unbelievable what these promoters are putting on,” Langdon said. “With Peter Biondo and Kyle Seipel doing the Spring Fling, and Kyle Riley, what he’s doing with the SFG races, and you know Britt Cummings is putting on one of the million-dollar races next year, Kyle Riley’s also putting on a million-dollar race next year. Randy Folk has the original million dollar race in Montgomery next year. And then on top of that, there's a bunch of different one hundred granders and 50 granders that various promoters are putting on throughout the season,

“I mean, for me it’s a no brainer. You know not only do I get the enjoyment out of it, but I also get to learn from it, I also get to better myself as a driver from it, and I also get to race for real life-changing money when you really look at it.”

Langdon admits he’s building up a super team of his own, starting with Todd Ewing. 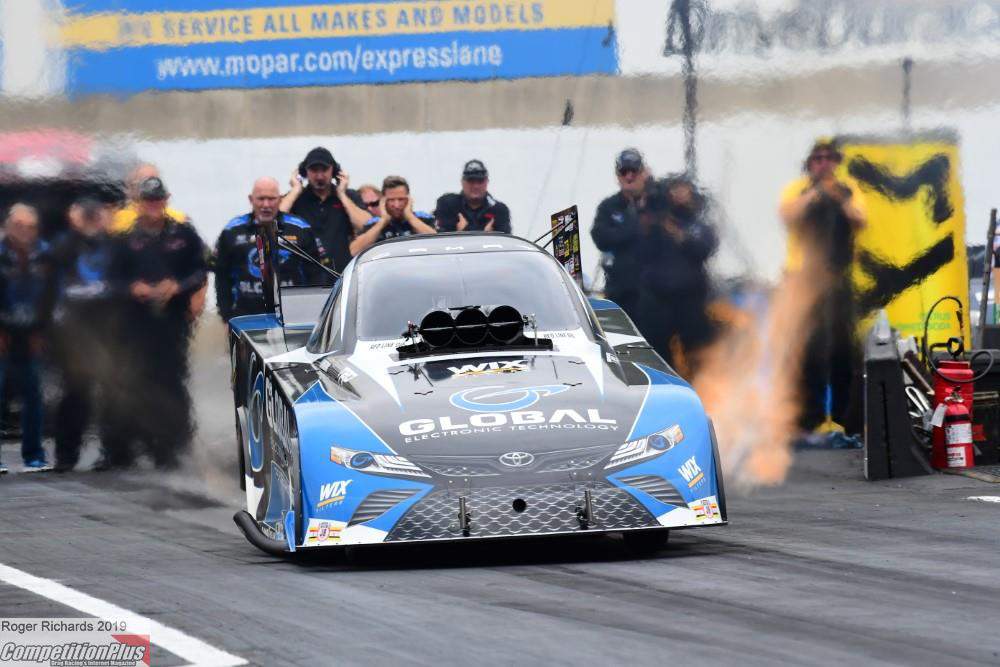 Langdon wouldn’t mind racing the fuel car at an event if he could figure a way to make the sometimes 15-minute turnaround.

“What is crazy was at some of these races, they allow you to double enter the same car,” Langdon explained. “For instance, that Dragway 42, when I went to the semifinals in both of my entries, that was in the same car. So I had to run my car twice every single round. Well, the last three rounds that I raced, I would go make a run in my first entry, I’d get my time slip, drive straight back to the staging lanes, get out of the car, recheck my tires, get back in the car, and then make my other run. The last three rounds, my second entry run was either five or six minutes after my first one.”

Yeah, the fuel car thing was in jest.

“There’s so much to figure out and there’s so much strategy involved in this type of racing. What’s neat is to have a couple of different tricks in your bag to where when you leave the starting line, did you feel like you had a good light? Okay, well I’m probably going to do this at the finish line. If I have a bad light, I’m probably going to have to change what I’m doing and do something to make up if you’re behind on the tree.

“There’s so many things, and you’re racing in 4.5 seconds with what I go in the eighth-mile. There’s so much going on in your mind in 4.5, but with that being said, there’s so much going on in your mind when you’re going 3.7 seconds in a Funny Car, but I kind of feel just constantly having those quick decisions and real quick hand-eye coordination and thought processes and being able to make the right decision in a panic situation, I think all of these things kind of play into one another where driving the Funny Car helps me drive the sportsman cars, but driving the sportsman car has helped me drive a Funny Car, too.”

Langdon has always been a versatile driver, whether it's back and forth between dragsters and doorslammers, long tree or pro tree. There’s no confusion fuel racing with bracket racing.

“I think a lot of that came from my sportsman racing background because there would be times that I would go out to a local track and I would run like say a footbrake car where I would hit the bottom bulb on a sportsman tree, but then I would take my dragster out on the same day and go run a pro tree,” Langdon explained. “You take each car that you’re in for what it’s worth, and you have a whole different mindset when you know what seat you’re sitting in. So if you go into your footbrake car, you know you have to wait for the sportsman tree to come down, and wait for the third yellow to come on.

“But then you go race the pro tree where you’ve got to react as quick as you can to any yellow you see. So I think having that kind of diverse background as far as hopping in different cars, hopping in various cars, hopping in your buddy’s car, you get in your car, and then you and your buddy switch cars on the last day, or whatever. I was able to drive a lot of cars from Jim Hughes to Justin Lamb to Anthony Bertozzi.

“There’s so many people in the sportsman ranks, you kind of hop in other people’s cars that you really just kind of I guess, you learn to adapt at a little bit quicker pace.”