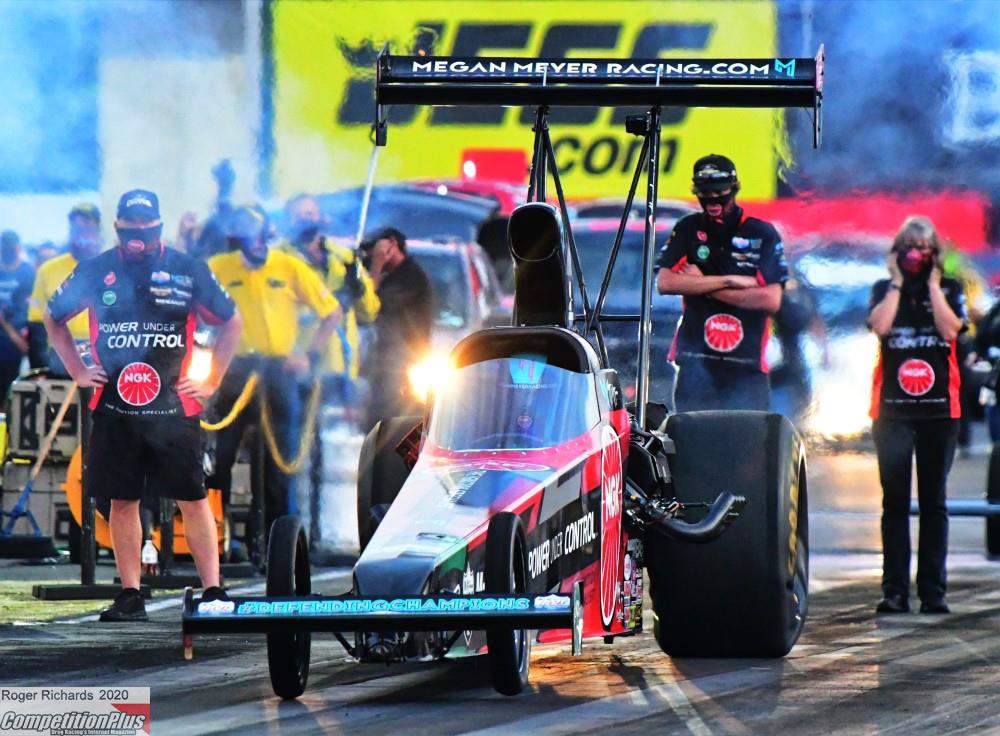 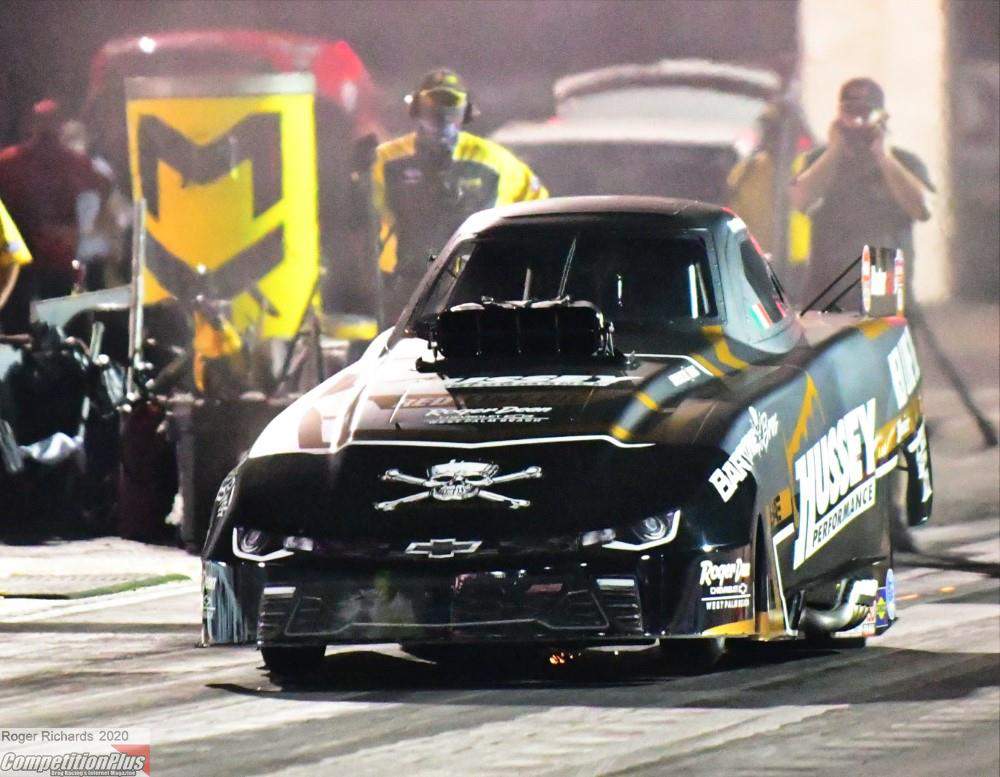 Megan Meyer, competing in her final NHRA U.S. Nationals before stepping away, made the most of the opportunity by driving her way to the provisional No. 1 qualifying position in the Top Alcohol Dragster division. Joining Meyer atop their respective leaderboards were Sean Bellemeur (Top Alcohol Funny Car), and Frank Affronti (Comp).

Meyer announced earlier in the week she'd be stepping away from drag racing to concentrate on starting a family wasted little time in letting the competition know what they'd be missing, as he thundered down the Lucas Oil Raceway quarter-mile en route to a 5.231 elapsed time at 275.51 miles per hour.

Bellemeur, of Placentia, Ca., continued his fevered pace in the Funny Cars by taking the provisional pole position with a 5.491 elapsed time at 267.32 miles per hour. Chris Marshall was second (5.500), and Brian Hough was third (5.551). 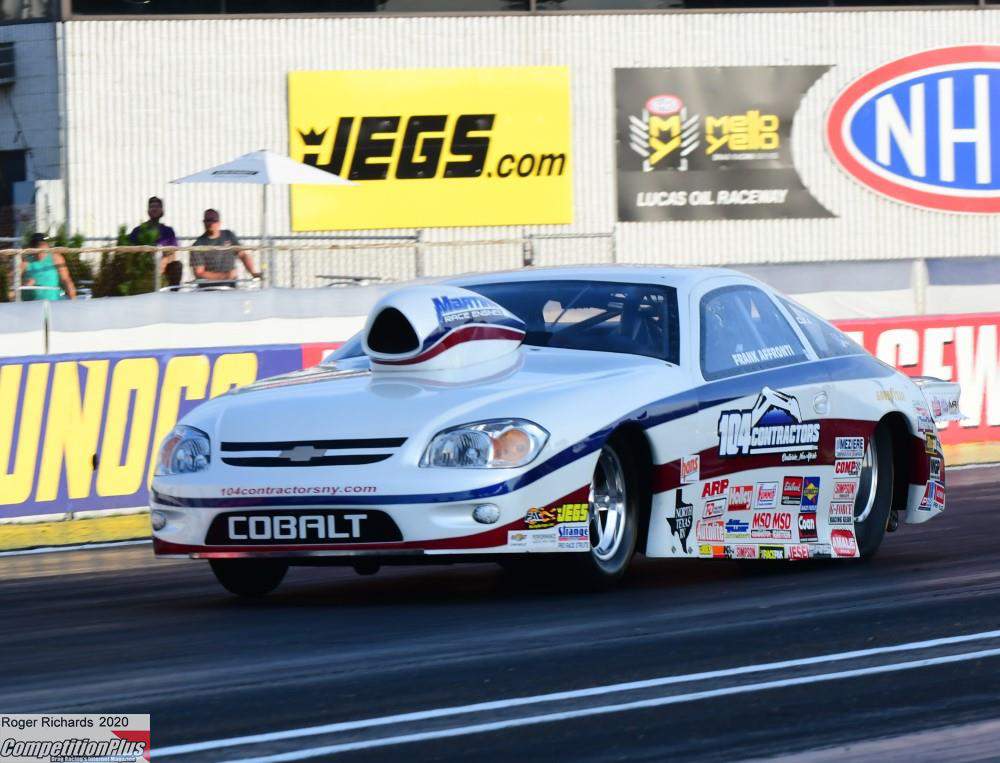 Frank Affronti's E/Altered Automatic Cobalt jumped to the front of the 39-car field with a 7.419 elapsed time, -0.731 under the 8.15 index. Slipping into second was the CC/Altered Turbocharged entry of Bruno Massel, with a 7.180, -0.650 performance. Frank Aragona's J/A Automatic '32 Bantam was third.