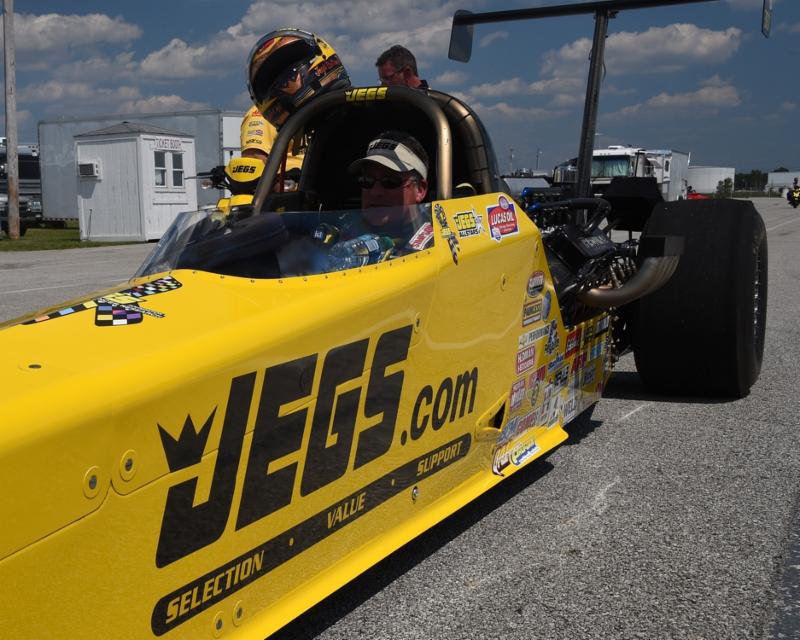 The hallowed ground of Lucas Oil Raceway in Indianapolis remains a field of dreams for two-time Division 3 champion drag racer Mike Coughlin, who claimed his second win of the year and the fifth Indy victory of his career this weekend in his JEGS.com Top Dragster.

"It was finally my turn again," Coughlin said with a smile. "We opened the year in Pomona with a win at the Winternationals but as well as the car has been running since then, we hadn't been able to cash in again until this weekend. It's a big thrill and a bit of a relief, to be honest."

Competing as the No. 1 qualifier in the resumption of the rain-postponed Ray Skillman Auto Group Spring Spectacle of Speed from late April, Coughlin simply refused to lose during eliminations, beating five of the toughest racers in the category to earn a trip to the winner's circle.

"We made up the April race all in one day and it was probably one of the craziest single days of my career," Mike said. "The guys gave me a great car, as always, and I was cutting good lights every round, but as always seems to be the case when you win, we still needed Lady Luck on our side."