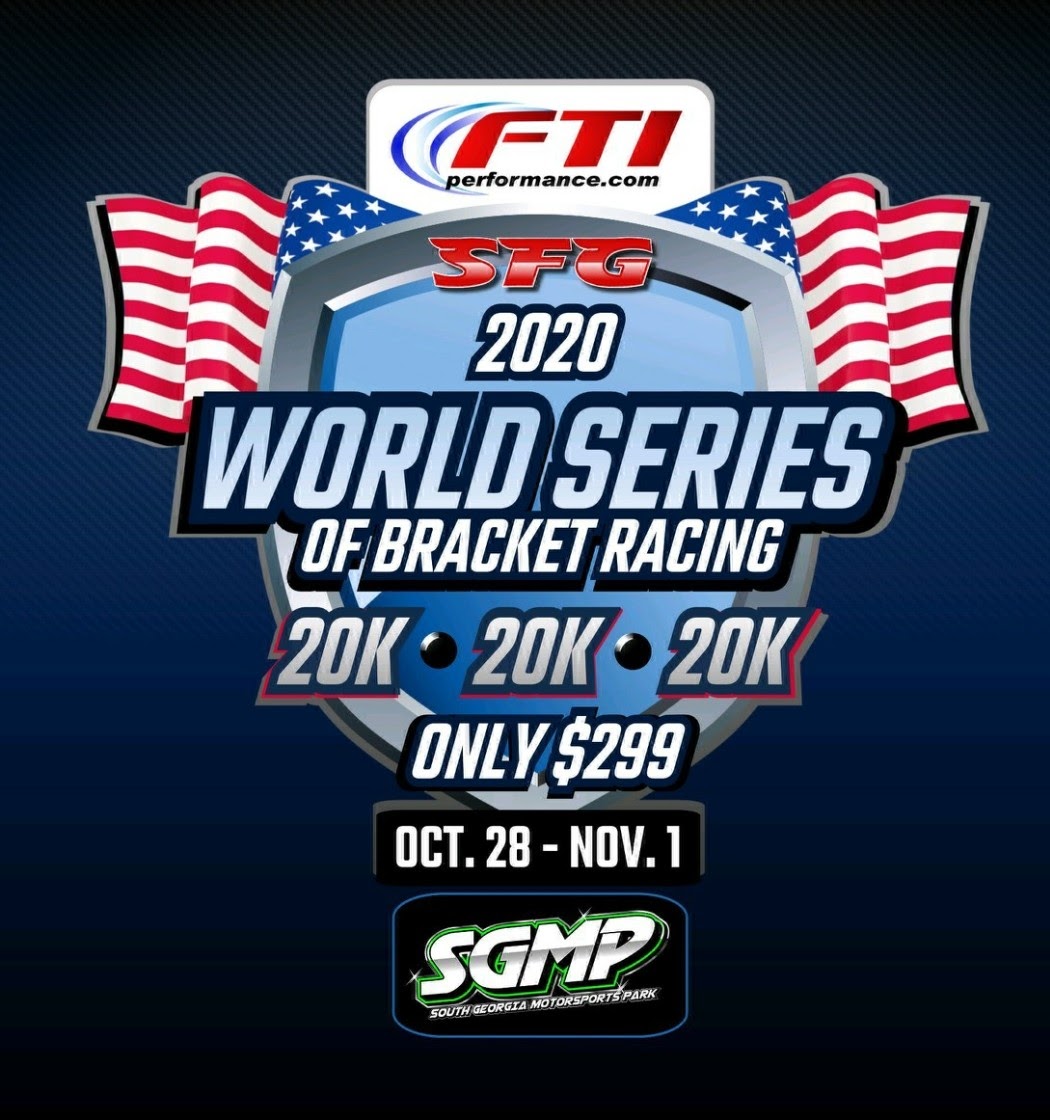 Kyle Riley, CEO of SFG Promotions Inc., has announced a fifth race to SFG’s 2020 schedule: the FTI World Series of Bracket Racing. The event will take place at South Georgia Motorsports Park during Halloween weekend, October 28- November 1, 2020. It will feature three $20,000-to-win races for an entry fee as low as $299 when you pre-enter. The race was created in response to a concern that many racers in the Bracket Racing world have voiced.

“A lot of racers have said that the growing number of larger entry-fee races are limiting the amount of races that they can afford to go to,” said Riley. “I’ll admit that it can be difficult to afford all of the high payout races out there today, but if everyone just raced with us to get the most bang for their buck we’d all be good,” says Riley jokingly. “I understand where these racers are coming from though, so I decided to do something about it through this event. Giving racers this opportunity is possible because of the support of FTI Performance, who wants to see their customers win just like SFG does. This event is going to be a great way for racers to kick off the winter series, and I’m hoping the success of this event justifies us doing more low entry races like this in 2021.”

Through the years, SFG has focused on providing racers the chance to race for life-changing money at the lowest price possible. This race though, marks a new chapter of sorts for SFG as it works to make bracket racing affordable again for all racers, not just those who want a shot at the money SFG is known for. The weekend entry fee for the three $20,000-to-win races at this event will be:

$299 for the weekend if you pre-enter

The date that pre-entries will open for this event is to be announced, so keep an eye out for the release of the official flyer.