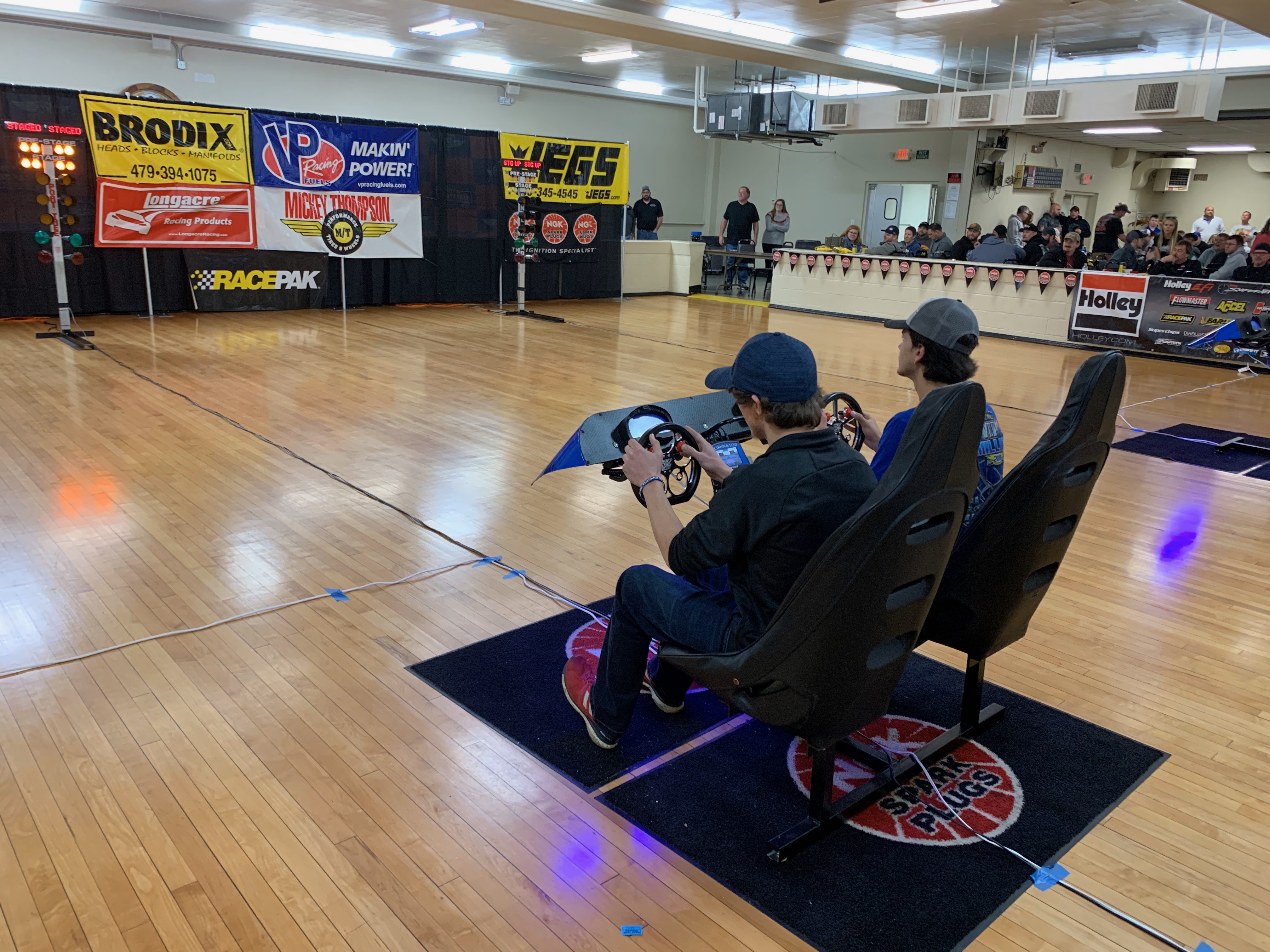 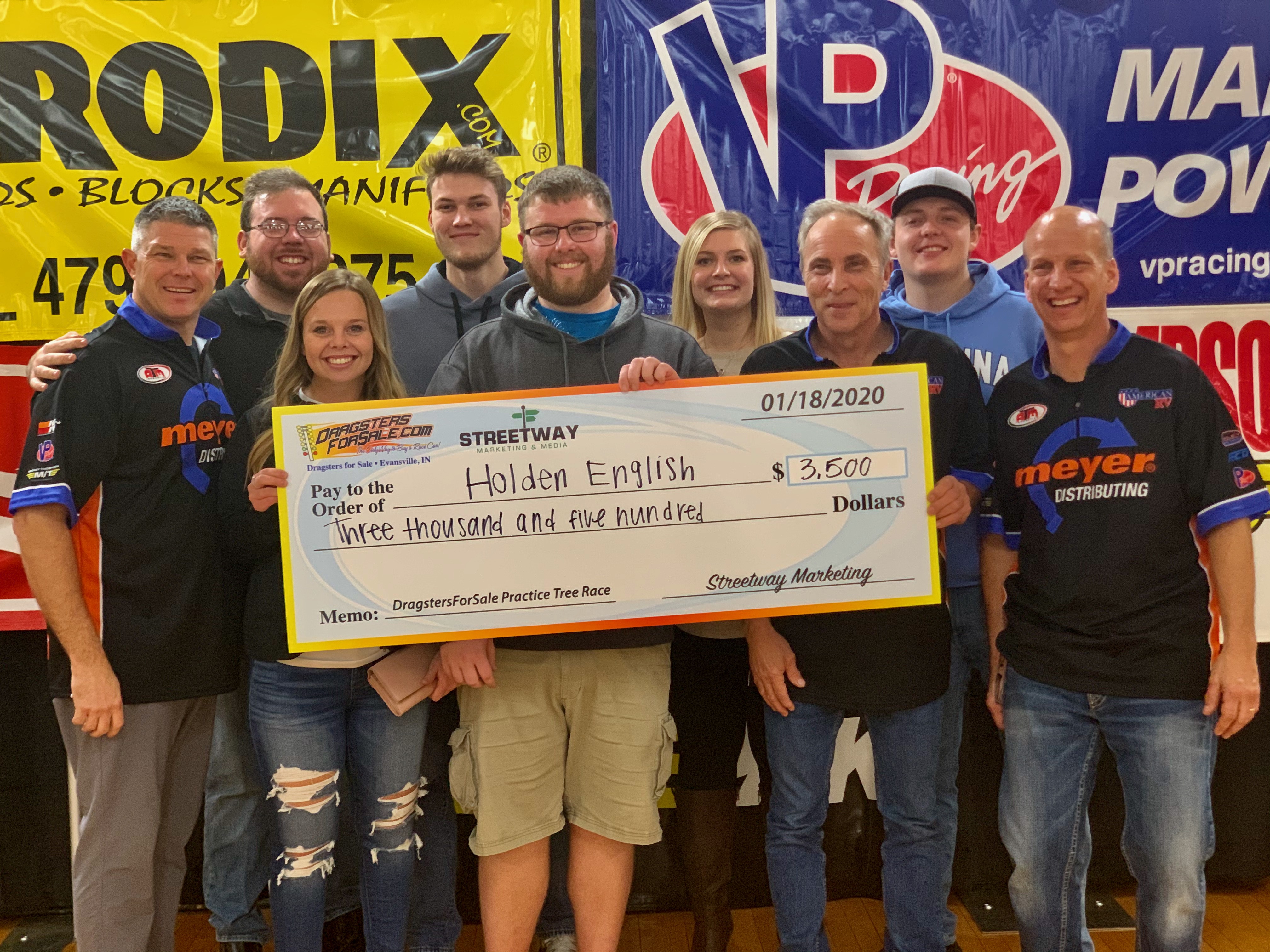 Who knew that Evansville would become the spot on a Saturday in the middle of January to witness history,  yet it is. Racers from Texas, Maryland, North Carolina, and every state in the Midwest attended the 6th Annual DragstersForSale.Com Practice Tree Race, presented by Streetway Marketing and Media this past Saturday. The event has become a must-attend event during the offseason, attracting champions and who's who at every level of the drag racing, 200 racers came to show off their skills.

The Warm-Up offered weekend entries to premier bracket races in the nation, including Triple’s at the Million Dollar Event, Triples in Vegas, and The Derby City Event. The Main Event included big cash payouts leading into the most significant prize or cash award in Practice Tree History to date, a complete Oakley Engine Performance 632 to the winner, valued at over $23,000.

“I guess we are going to have to give away a complete race hauler next year,” a smiling Don O’Neal, event organizer stated. "We work hard to think up great ideas to entertain during the offseason for our event, the idea of doing a complete engine with Oakley Engine is going to be tough to top," O’Neal stated.

The Warm-Up saw 459 entries stage up chasing weekend race entries in the 2020 season. The first few rounds were quickly becoming fiercer as the fingers became more comfortable letting go of the Richardson Boyz Billet Steering wheels. This year four competitors are likely to be seen in late rounds of their respective classes. Brett Williamson, Cory Gulitti, Tyler Sizemore, and Dan West all made it to the final 4. Brett Williamson chose the Derby entry, Gulitti chose the Vegas Triple, Sizemore grabbed the Triple for the Million Weekend in Montgomery, and Mr. West grabbed the cash.

The Main Event combined the competitive top bulb racers with a slice of the best Bottom bulb racers in the country. The event started with 580 entries to chase an advertised Winner's Purse of $4000, with the number of entries going over 500, it was announced that the purse would be increased at every payout position. The structure allowed the racers hitting the Bottom to match up against each other until only one was left, local racer Brad Paul and Clayton Clark, who both were extremely solid and consistent all night squared off for the last Bottom Bulb competitor.  The winner would receive $300, a sportsmanlike gesture, as they agreed to a split of $200/$100. Mr. Clayton's light flashed, and he moved on into competing against the Top Bulb Racers in the Main Event.

“I believe that it is the right thing to have the Bottom Bulb racers match up until they no one is left,” O’Neal continued, “we want all racers to come to our event and finding ways to make it a level field for the competition is imperative,” O’Neal smiled.

The Main Event allows competitors to have four entries and buyback once, giving for numerous opportunities to get comfortable with letting go of the button. As the evening is settling in, pizza is gone, beverages are flowing, the comfort of distracting sounds of a microphone and 250 of your closest friends, it is bringing your "A" game time.

The money round started with racers named, Miles, English, Fulcher, Dustin, Garner to name drop. Years past, competitors have had multiple entries left in the late rounds, and Holden English would be the only one with 2 in 2020. Clayton Clark carried the torch for the Bottom Bulb community bowing out in the eights. English also loses one of his entries in the round, leaving him against Steve Maas, Tyler Jarrell, Stevie Dustin, Miles, Garner, and Fulcher. 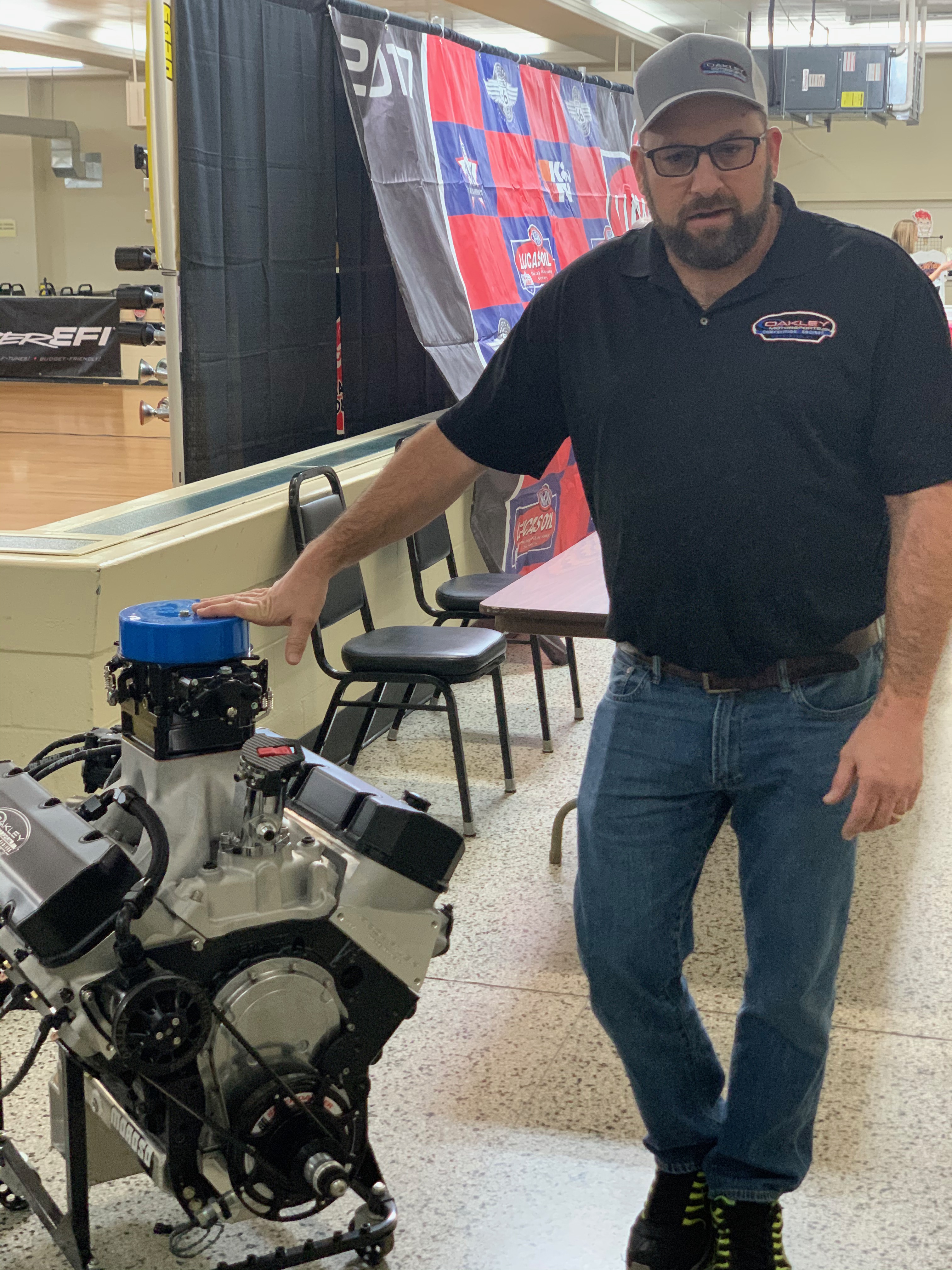 The Semi-Final round, it was time to chat as Miles, English, Fulcher, and Garner talked splitting a 7500 purse. English came with what he was willing to do, as the semifinalists were going to receive $1000 in this round, leaving $5500 to talk about later.

“I wanted the semi-round to have more cash in it, but also wanted the final round to mean something," continued English. "I was in a comfortable zone and being consistent, so it was time to bet on myself," stated English.

Holden English bet on himself in the late rounds in 17 attempts, English was no worse than .012. The Final would see Brad Miles and Holden English square off, at stake $5500 in cash, for letting go of button during a Practice Tree Event, who would have guessed that. Again, conversations to discuss the terms of splitting, quickly resolved, and $3500/$2000 would be the amounts.

The Final did not disappoint at Miles, let go .009 to Holden English .003. Winner 10 rounds later and $3500 in his pocket, English was the 6th Annual Winner of the Main Event. English was not even going to come to the event this year.

“I was not coming to the event, I wanted to save some money during the offseason, guess I have a little extra now,” English continued. “I made it to the finals a few weeks ago at another event and completely waited until the last minute, but glad I did, maybe I will see if I can keep my streak alive," smiled English.

New for the 6th Annual Event this year is the Oakley Engine Performance 632 Engine Event, Phillip Oakley and his team stepped up with a complete 632 Sniper Head Engine with products from the best in the business. One hundred racers had two chances to roll into 2020 with a new powerplant to improve their operation. The Runner-up received a weekend for “The Million Dollar Race.”

"You could tell the level of excitement, the room got quiet, and reaction times relaxed a little, people recognized the moment, it was awesome," O'Neal continued. "It came down to David Davis from Ohio and Darren Douglass from Kentucky when Davis's light blinked the Ohio Racers erupted," exclaimed O'Neal.

"We came to win the engine," Davis continued. "Winning the engine race for me was huge, Drag Racing is a very humbling sport and to accomplish a win like this is awesome, I cannot thank the entire DragstersForSale Team and Phillip and Jay Oakley." "This is changing my 2020 Season, we will be back next year," Davis concluded.

One long day with a great staff, 40 pizzas, 30 cases of beverages, and thousands of times a transbrake button released. The bright LED lights from Porta Tree once again will wait for the cold winter months of January 2021 to see who will emerge with entries to the most significant bracket racing events in the country and cold hard cash.