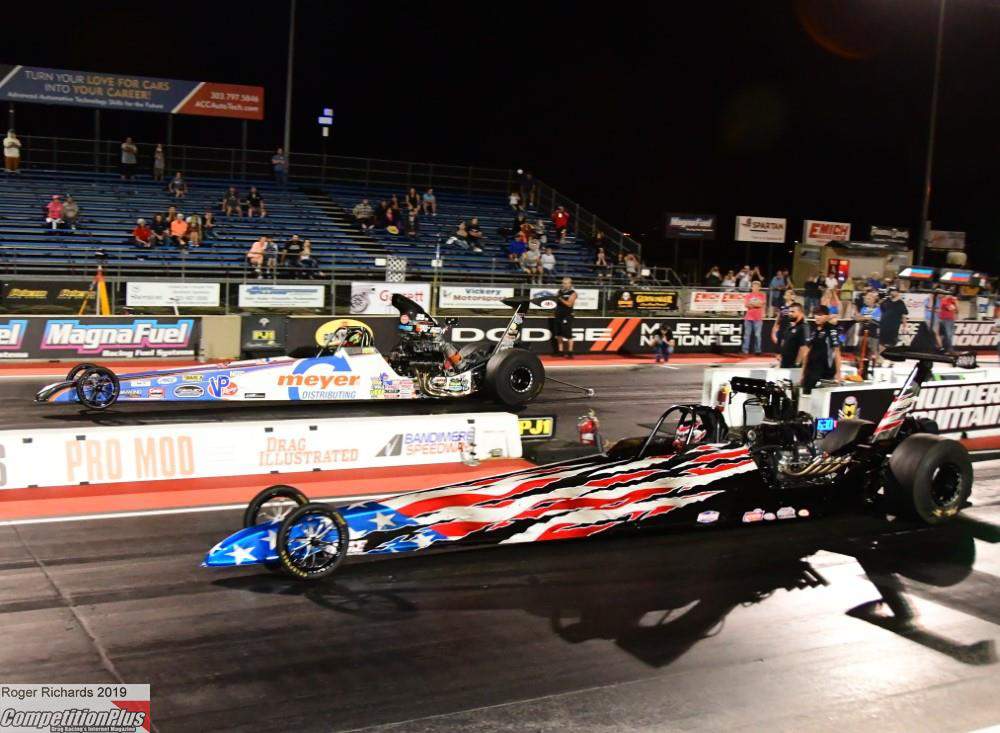 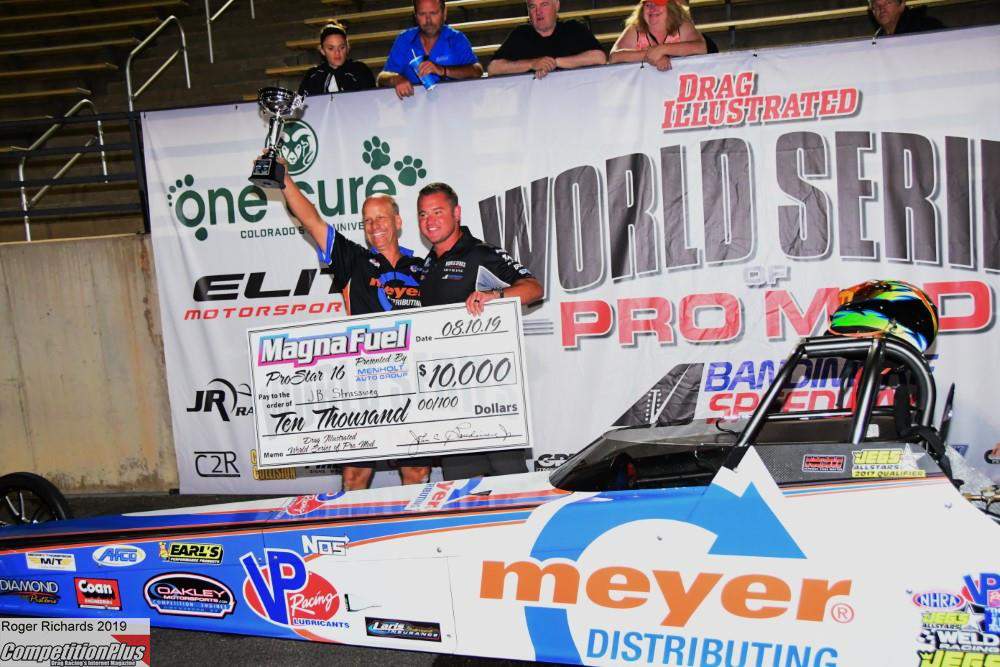 When J.B. Stassweg arrived to compete in the Top Dragster class of the World Series of Pro Mod event, he had modest expectations

“I was just hoping I would qualify,” Strassweg said. “I didn’t know what I was coming to. The entry list wasn’t published, and we got there and suddenly, I’m seeing fuel altereds and all these blown Brad Anderson deals and I was thinking ‘Oh my God, I think I brought a knife to a gun fight.’”

Strassweg not only made the 16-car field, which had more than 40 cars trying to qualify, but he did the unthinkable – winning the event while competing in the 5,813-foot elevation of Bandimere Speedway in Morrison, Colo., for the first time.

“The $10,000 prize enticed me and just the adventure of doing it,” said Strasswegg about why he made the 32-hour trek from his home in Evansville, Ind., to compete at the World Series of Pro Mod. “It’s utterly amazing that we won $10,000. I’m still processing it to be honest with you. I try not to hype myself up too much before the event and during the event, but afterward I just let myself bask in it for a while. It was like holy crap, I can’t believe we drove all the way out there and pulled all that off. It’s totally unbelievable.”

Strassweg, who primarily competes in NHRA’s Division 3, has a plan for the $10,000 check he received.

“It will probably help pay for some of the trip and freshen up parts and buy more racing stuff and make our racing program bigger and better.”

According to Strassweg, he had never taken a car any further West than Topeka, Kan., which makes his performance even more improbable.

“We pretty well knew by talking to people a lot smarter than us and people who had been racing out there,” Strassweg said. “I had the opportunity to poll a few nitrous guys and they all gave me some pointers and I talked to a couple of people who I knew would know how to put a nitrous tune-up in this thing and keep me safe. Last year on the live feed (of the World Series of Pro Mod) I watched Aaron Glazer go through box after box of pistons in his Pro Mod car and I thought I don’t want to do that. I did take a spare engine with me, but I didn’t want to have to use it. I’m not about hurting (the motor). 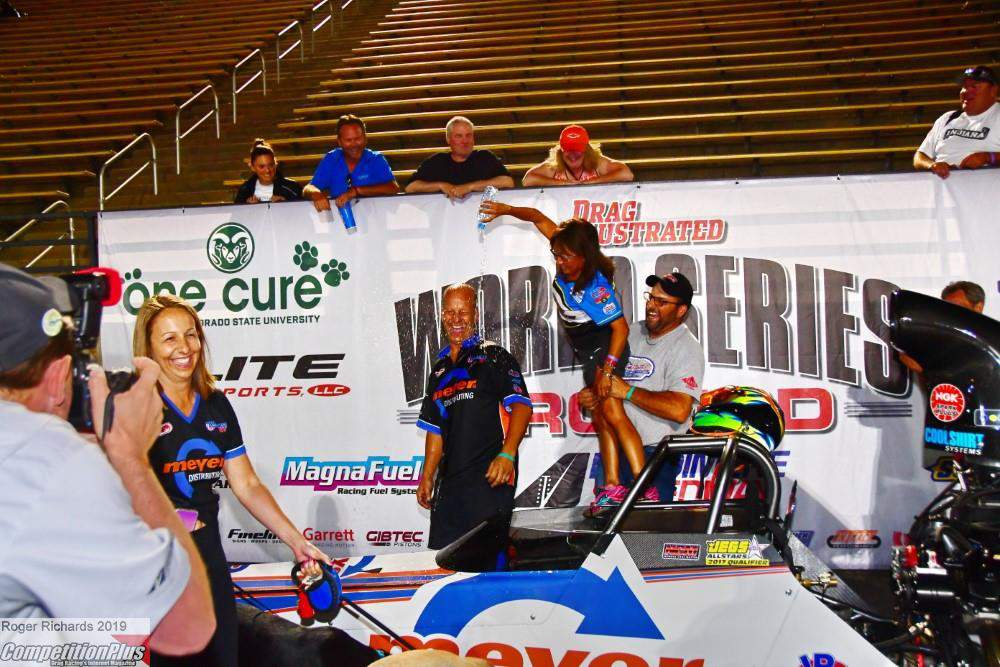 When we tested and I made a light shot to the eighth-mile and my wife came on the radio asked me what I think I went? I told her it felt good, but if that thing went 4.20, I was going to be surprised. Normally, my bracket tune-up to the eighth-mile is somewhere between 3.94 and 3.97 and it went 4.02. We then ran al the way to the quarter-mile and it went 6.31 and that’s where it stuck all weekend long. I was blown away. I honestly didn’t think the thing would run in the 40s.”

With that mindset, Strassweg took a simple approach to racing at Bandimere Speedway.

“We played it safe and we put the changes in that we thought were the right changes and I had absolutely no expectations on what this thing would run,” said Straswegg, who has run a nitrous motor all nine years he has competed in Top Dragster.

Up next for Stassweg is competing in Bowling Green, Ky., and then he will race at the storied U.S. Nationals Aug. 28-Sept. 2 in Indianapolis.

“They’ve never had Top Sportsman and Top Dragster at the U.S. Nationals,” Strassweg said. “This is the first year for it and we are entered, and we super excited. I know we are going back to compete at the World Series of Pro Mod event. We had an absolute awesome time up there and to win just put me over the moon happy.”