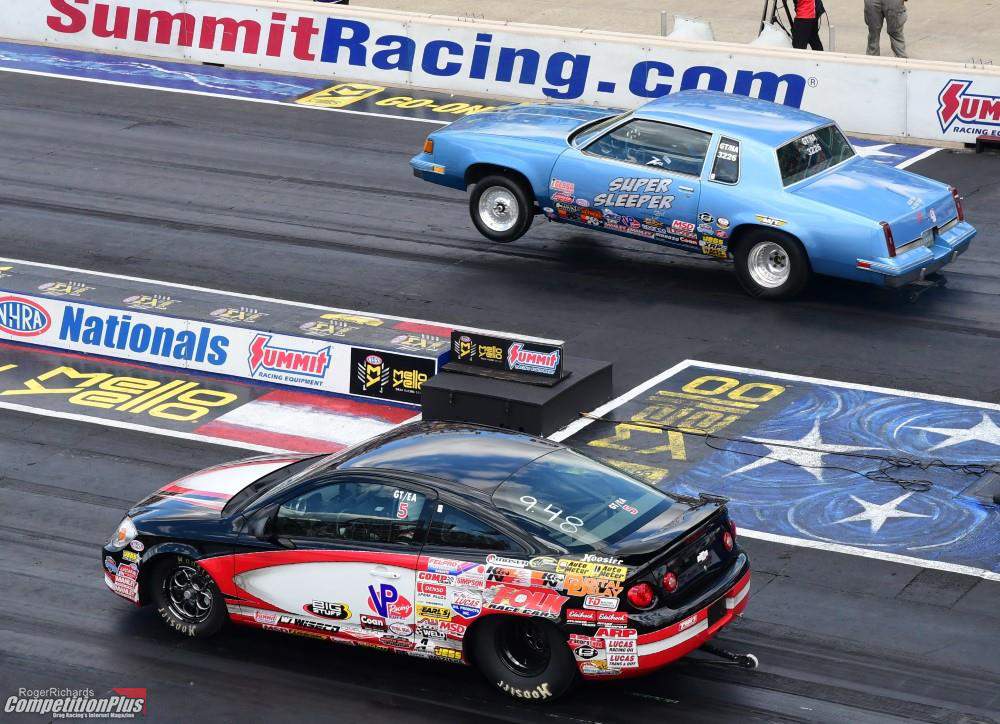 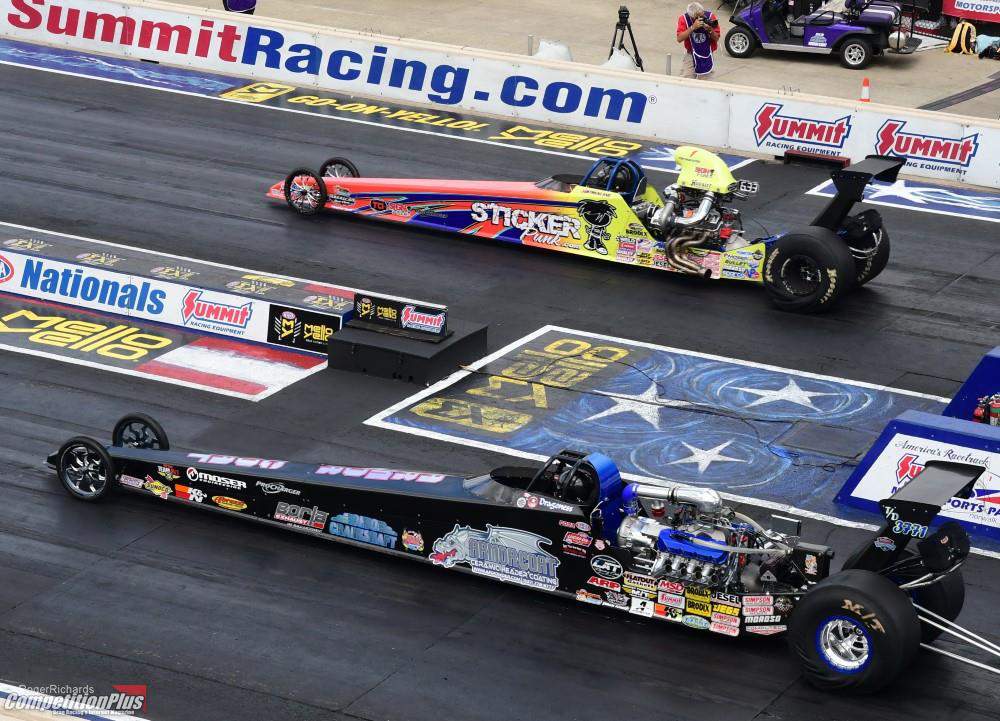 Strickland raced to the second double up in his career winning in both Top Dragster presented by Racing RV’s and Stock Eliminator while Folk became the 23rd racer to double in NHRA history and just the fifth driver in history to notch national event wins in six different classes.

Strickland, Rad Bay, Ala., raced to a 6.338 second, 209.17 mph lap on his 6.33 dial to defeat Kathy Fisher in Top Dragster as Fisher ran too quick and broke out.  In the Stock final round, Strickland drove his ’17 Camaro to the win over Jim Boburka for his 16th overall NHRA national event trophy.

Folk, Durand, Ill., first meet up with Tony Helms in Super Comp.  Helms had the early lead but broke out and Folk clocked in at 8.925, 165.46.  Folk then lined up against Zack Running in Super Stock and secured his double when Running left early with a red light. The win in Super Stock marked the sixth different class that Folk has won an NHRA national event in.

Fricke, Flemington, N.J., ran 5.20’s and 5.30’s throughout eliminations to advance to the final in Top Alcohol Dragster against former Lucas Oil world champion Chris Demke who broke on his burn out.  Fricke, who qualified No. 6, took the easy win, her second of her career.

Bohl, Racine, Wis., took the early lead on Chris Foster, Davenport, Iowa, in Top Alcohol Funny Car and powered to his forth national event win as Foster spun the tires at the hit of the throttle. Bohl crossed the finish line in 5.631 seconds at 248.93 mph.

In the SAM Factory Stock Showdown it was a pair of Mustangs going to battle as Charles Watson bagged his first Factory Stock win with a run of 8.190 seconds at 165.25 mph in defeating Kevin Skinner who spun the tires and slowed to a 10.539, 112.02.

Other racers visiting the winner’s circle were Jeffrey Barker who grabbed his sixth win on the national circuit in beating Ricky Adkins in Top Sportsman presented by Racing RVs; Rob Kropfeld scored in Super Gas over Trevor Larson for his second; and Brian Spotts drove his Anglia to the AA Gas win against Alan Borowski.

The following are final round results from the Summit Racing Equipment NHRA Nationals at Summit Motorsports Park: