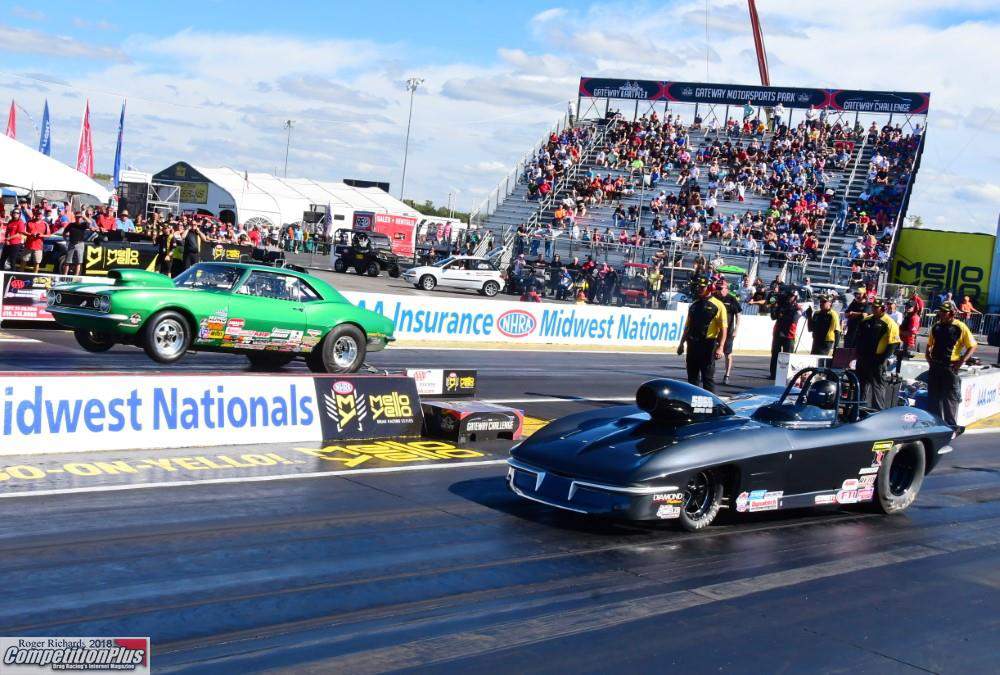 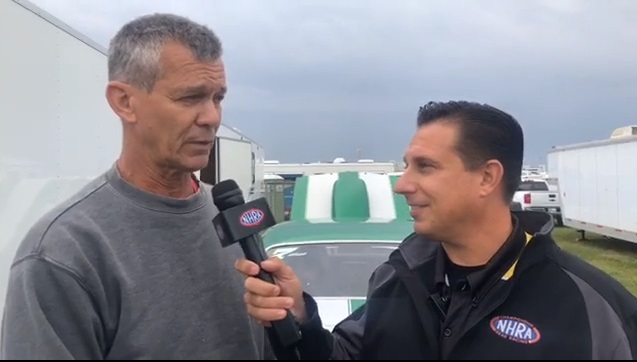 Tim Nicholson stands as a reminder of the old days of Super Gas racing when in the formative days a 9.90 racer could race competitively without an automatic transmission and mid-range throttle stop.

Nicholson, of Concordia, Kansas, scored a win for the ages on Sunday at the NHRA Midwest Nationals when he drove his stick-shift, small-block-powered clutch car to the winner's circle.

Nicholson's first-gen Camaro, a ride he's owned for over 44 years, was once a street-driven race car. Now it's quickly developing a cult following.

"This is a manually shifted four-speed car, and I run my throttle stop in high gear instead of just off the starting line like most of the other cars do," Nicholson told WFO Radio's Joe Castello. "So mine will be a real low mile an hour. It was kind of a challenge at first to get a handle on everything. Once I did through a lot of trial and error, it come around and it works pretty good. It’s really different having most of the cars come by you at 60 or 70 miles an hour at the finish line, so you have to be pretty accurate with your settings on the throttle stop. The car’s just an absolute riot to drive. It’s very fun."

Nicholson's Camaro runs a 400-inch small block under the hood he built himself.

" I have a friend Gary Stinnett that coaches me on some stuff with it," Nicholson said. "It’s a small block 400, very basic. It doesn’t make a lot of power, but it’s very dependable. Charge the battery and put gas in it. But it’s always been a small block car since I’ve had it, and always been a four-speed car."

The four-speed, Nicholson explains, is manually shifted in a world of automated race cars. 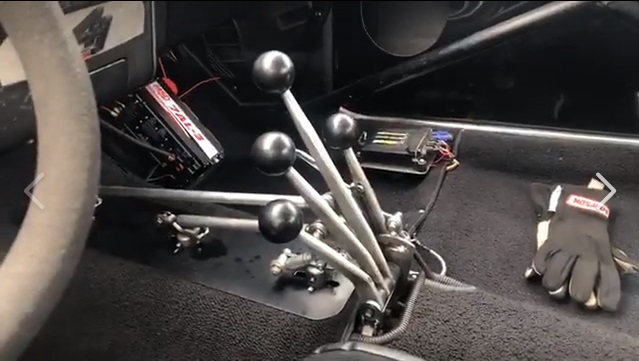 "I’ve got an old style CS1 Lenco in it," Nicholson explained. "It’s an absolute riot to drive. I manually shift it. I have all the MSD air pods and stuff to shift it with air, but it’s a very boring ride then. Also, I use a clutch latch that I built for it 35 years ago. It’s a very unique piece that I have. It’s been flawless, so I let go of the clutch, release the clutch with the red button on the steering wheel."

Nicholson adds he races the car sometimes in bracket races where he also races competitively.

"Bracket racing I use the delay box in it, and it works very well also," Nicholson said.  "It makes it very worthwhile to do and the last couple years where I won the division, last year in Division 5 and finished in the top 10 in the national points and that’s just something that a guy like me from the middle of Kansas just dreams of doing."

Probably the most exciting part of Nicholson's race day routine is the top-end management.

While many of his fellow competitors hit the throttle stop early and charge to high speeds, Nicholson's reverse throttle stop formula works just the opposite.

"I'm usually at 100-105 miles per hour, depending on the weather conditions and the track," Nicholson admitted. "This weekend, the first round was 99 miles an hour. That’s the first time I’ve been under 100 miles an hour."

What does it feel to have the competition blazing by as much as 70 miles per hour?

"You don’t do much judging," Nicholson said. "You pretty much set on your throttle stop settings. You can watch them come at you. If somebody has an issue and slows down, I’ve got room to brake a little and make sure I’m in. But they go by you in a flash. You blink your eye, and they come by so fast you think wow, where did they come from, where did they go?"

That's not to say Nicholson doesn't let her rip once in a while.

"I’ve been 9.20’s in it," Nicholson said. "But most of the time if I’m bracket racing, I always do my Super Gas numbers. It just gives me more data and more reassurance when I’m at the races such as this one where you’ve got one time trial to go back on your data and pick a good number."