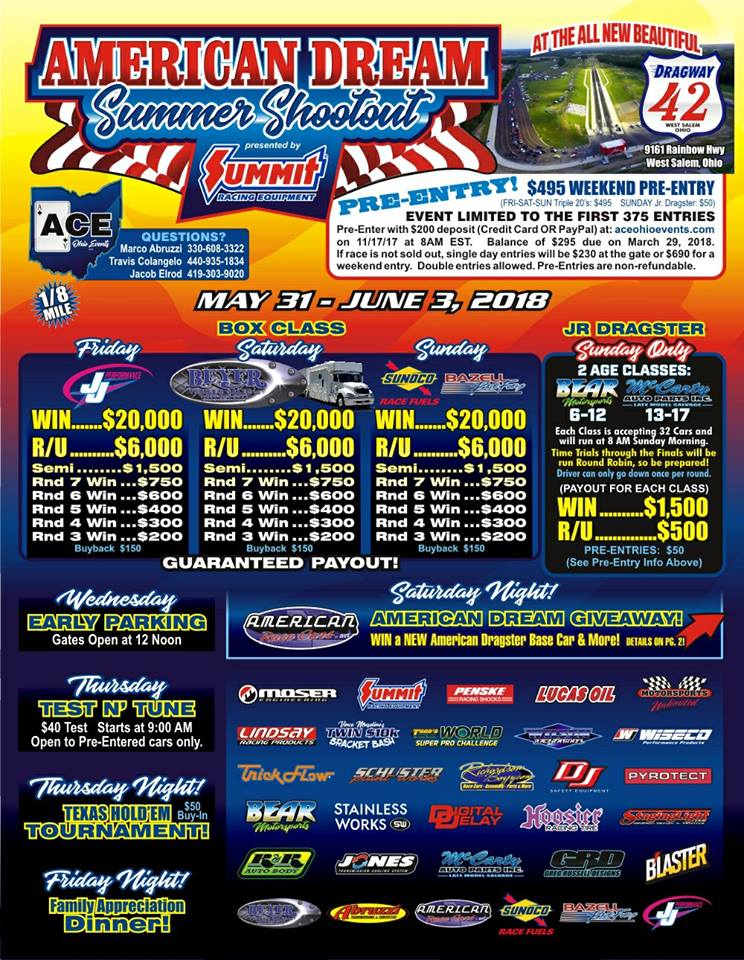 Thanks to our coverage partners at D3TV, we present to you the live video feed from the American Dream Summer Shootout at Dragway 42. 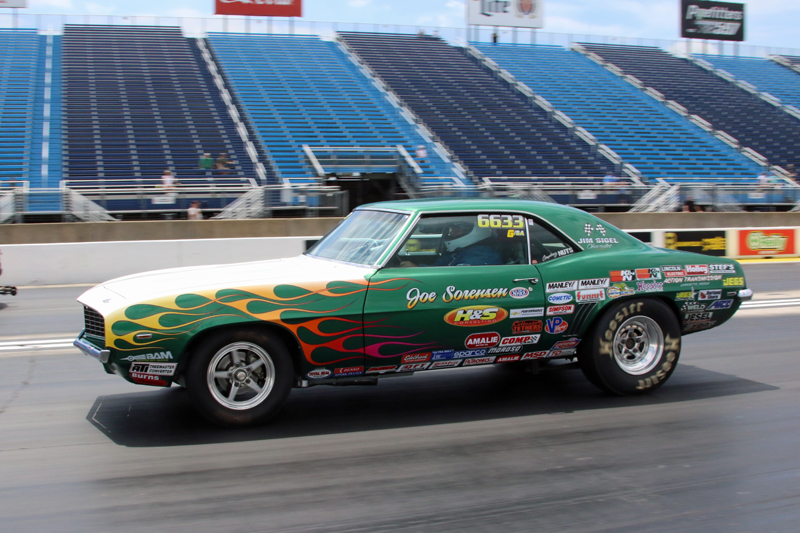 Not only did Sorenson qualify atop the 60-car Stock Eliminator field during first-day qualifying at the Jegs NHRA Route 66 Nationals, but also laid down the top run amongst his Jegs All-Stars competition by running -1.094 under the G/Stock Automatic standard with his 1969 Camaro with a 10.906. The next closest competitor in the eight-car specialty event was the D/Stock Automatic Camaro of Andrew Hill with a -1.079, 10.471, 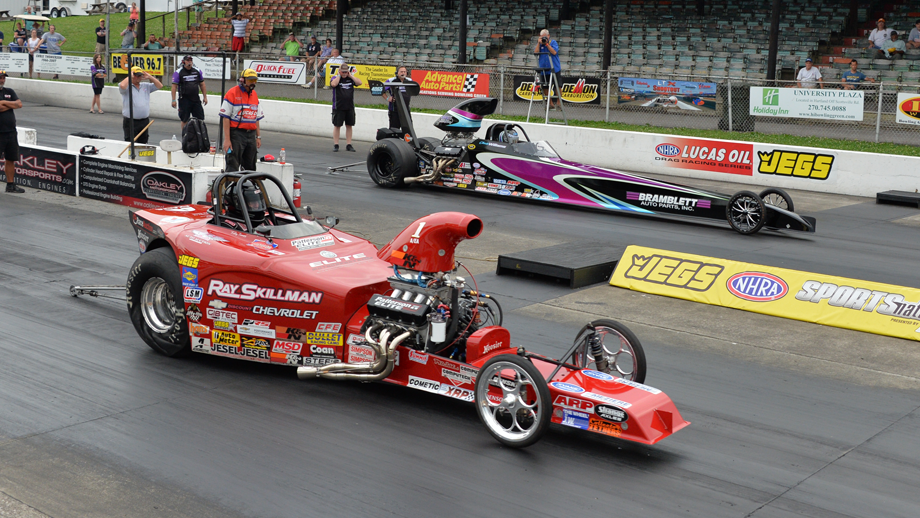 Williams met up with David Rampy in the Comp Eliminator final and drilled the tree with a .001 second reaction time propelling him to the win in 6.819 seconds at 175.34 mph. Rampy who advanced to his 154th national event final tipped the clocks at 7.315, 154.69.

COLLIER RECOVERING FROM BACK INJURY SUSTAINED IN TOPEKA CRASH 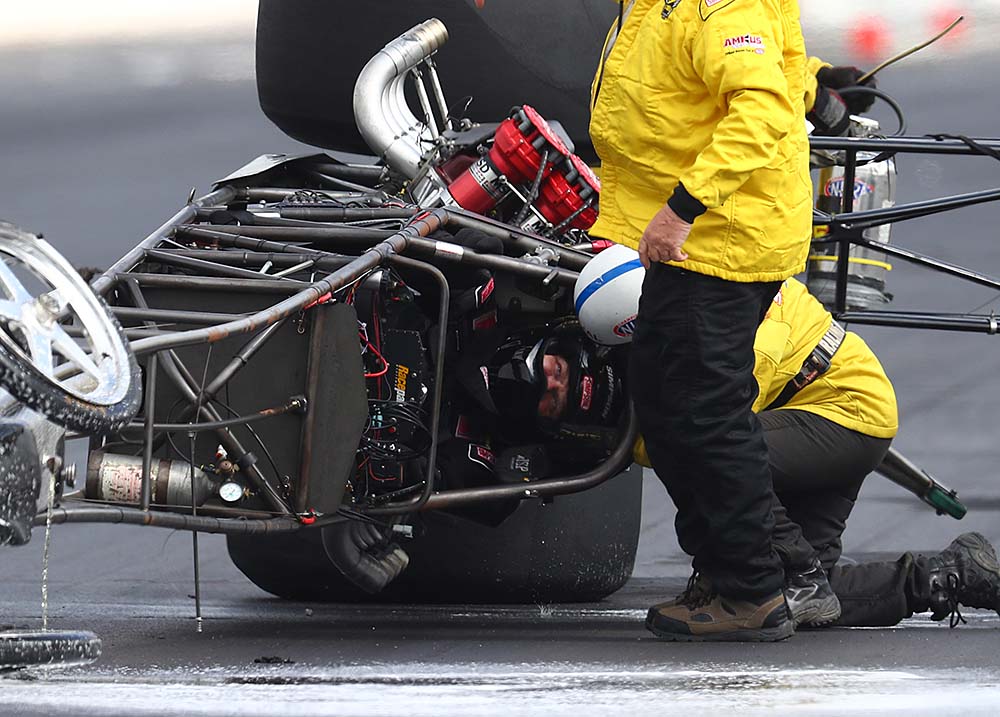 Steve Collier's plan headed into the NHRA Heartland Nationals was to focus more on the performance of the quickest car in the family's stable of race cars.

Collier qualified No. 4, running a personal best 5.375, 254.66, and after a first-round victory appeared poised to make a run deep into eliminations. After winning the first round, he advanced to the semi-finals when Monroe Guest fouled.

THE JEGS CROWN, MORE THAN JUST A TROPHY 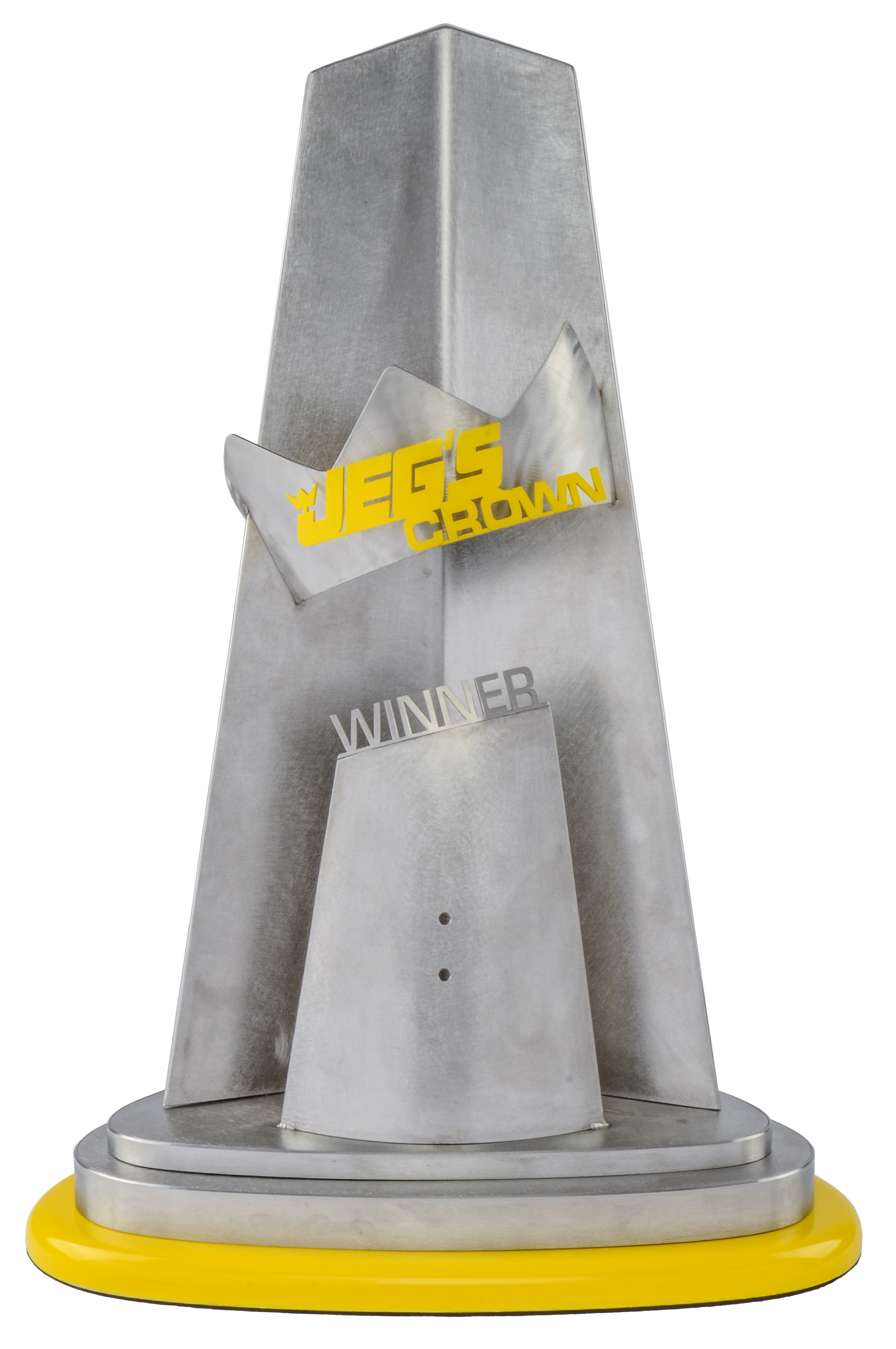 Only one driver has this prestigious trophy on his mantle. There are eight others with a chance to join the two-time Pro Modified champion Mike Ashley in this exclusive club of one.

The Jegs Crown is one of the most sought-after awards in sportsman drag racing, earned only by winning both Jegs Sportsnationals events in a single season.

Wilson, with a starting line advantage, raced down the track with a pass of 8.309 seconds in his final round victory over Randy Jones, Monarch Beach, Calif., who clocked in at 8.839 seconds. 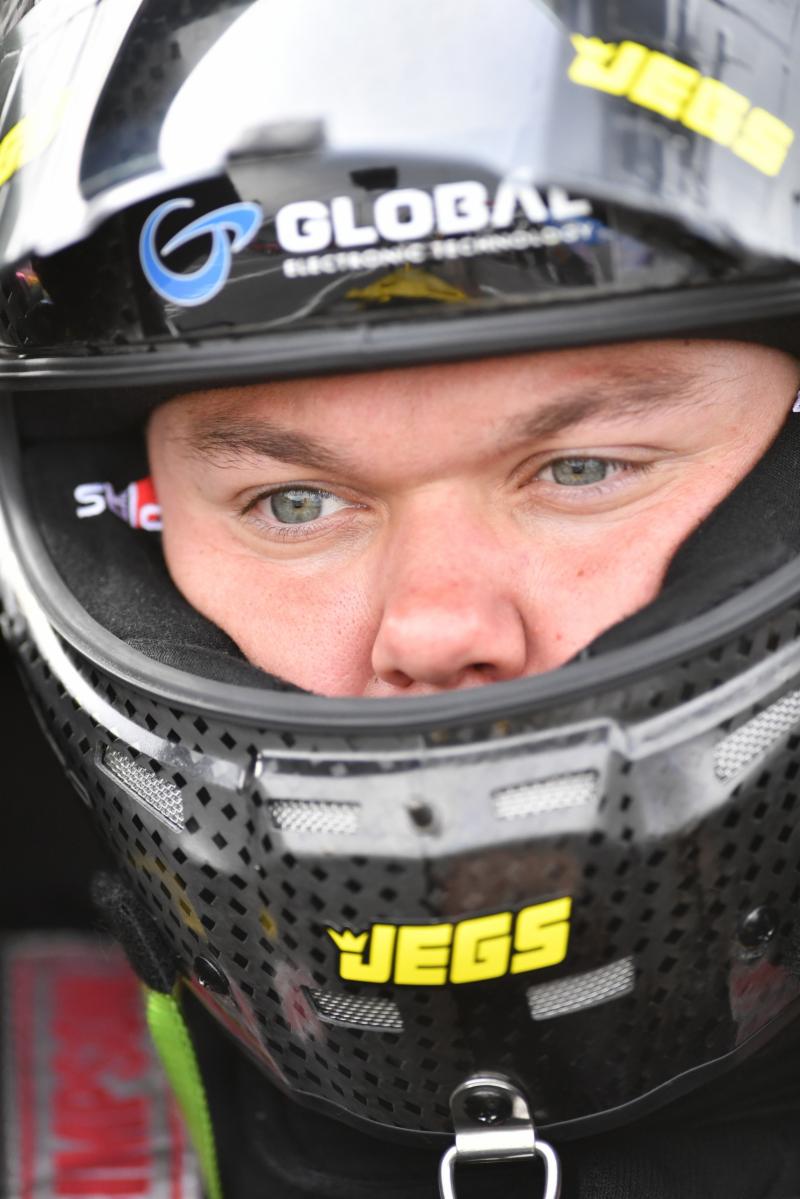 Only a few races into his Top Alcohol Dragster career, Troy Coughlin Jr. drove the JEGS.com McPhillips Racing rail to the winner's circle by dominating the Cavalcade of Stars presented by Budweiser Sunday in what was clearly the best car of the meet.

"Winning this race in this car with this team, right here in the great state of Ohio at this track, it just doesn't get any better," Coughlin said. "To be the No. 1 qualifier and convert that into a race win is very satisfying. I've known from the start this McPhillips Racing team was capable of winning and dominating like this and to have it come together after just a handful of starts says a lot about this tenacious crew."

The JEGS NHRA SPORTSnationals, widely regarded as one of the biggest and finest weekends in Sportsman racing, returns to Beech Bend Raceway Park in Bowling Green, Ky., for the third consecutive year on Memorial Day weekend, May 25-27. The event, which will feature three days of intense racing action from the top sportsman racers in the country, will have a purse of more than $108,000, along with special bonus races and national event product contingency awards.

NHRA and South Georgia Motorsports Park officials announced today that based on the current weather conditions at South Georgia and the forecast this week leading up to the scheduled NHRA Lucas Oil Drag Racing Series event, the decision has been made to postpone the event until September 7-8, 2018. 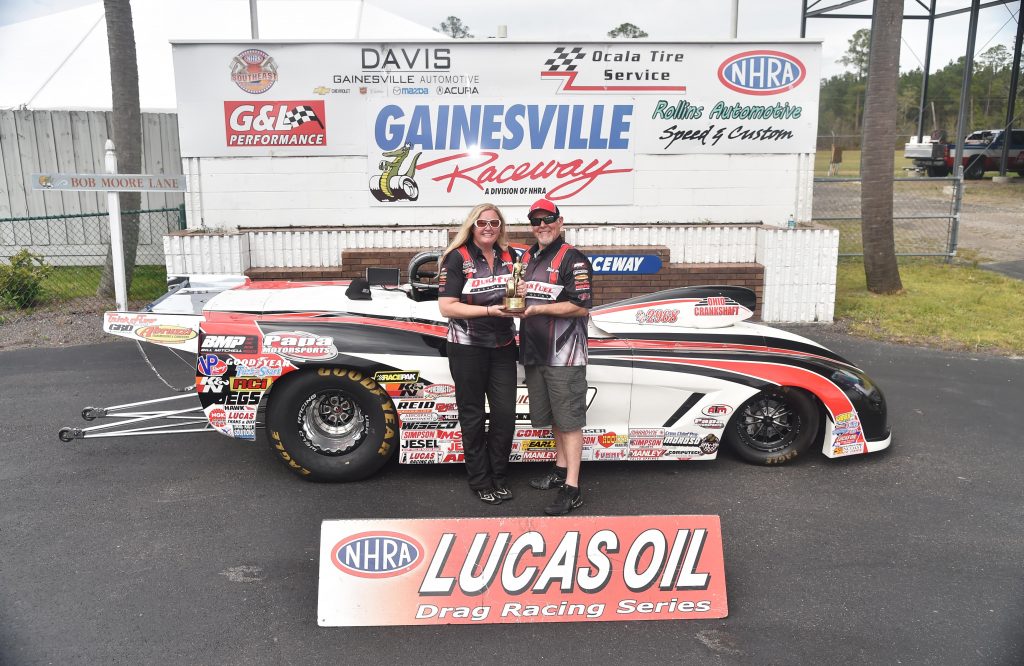 When two people pledge their love and agree to spend a life together, they never quite know what the road ahead holds, especially for couples in which drag racing is involved. The journey for Ricky and Michelle Furr has been full of life’s typical - and not so typical - ups and downs. With Michelle in the driver’s seat of various hot rods and Ricky crewing her to a respectable amount of NHRA, IHRA and other event wins, they’ve seen a fair amount of “for better” in their marriage.

Last year, however, there was quite a bit of “for worse”. After partnering with Marvin Benoit and Papa Motorsports and debuting the first C7 Corvette Roadster at the tail end of the 2016 season, 2017 followed with one bad break after another. New car blues hit, and, even when those weren’t plaguing the Furrs, they were often headed home early.