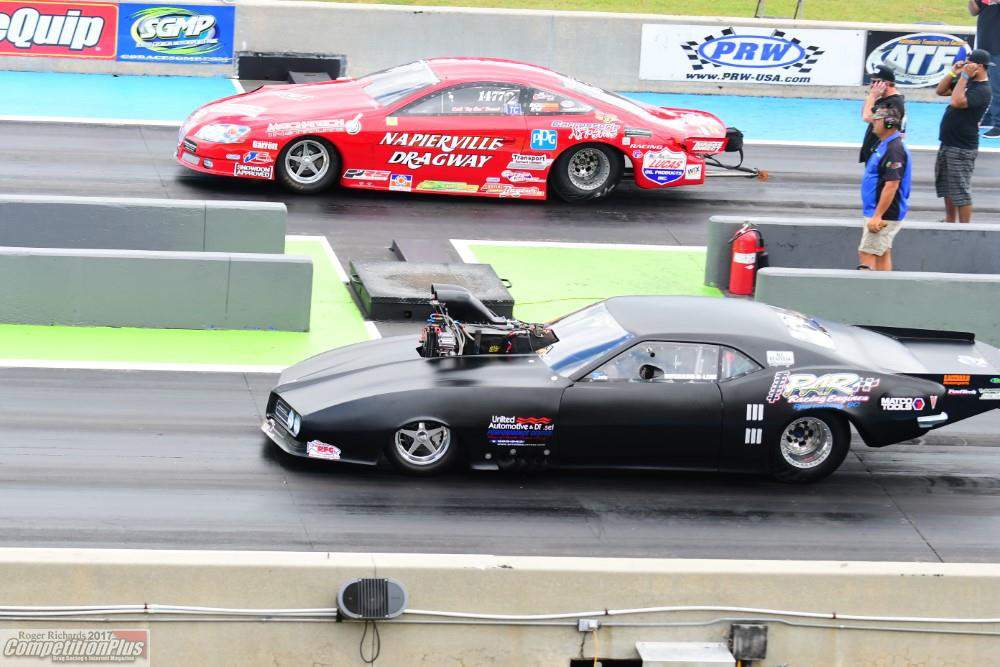 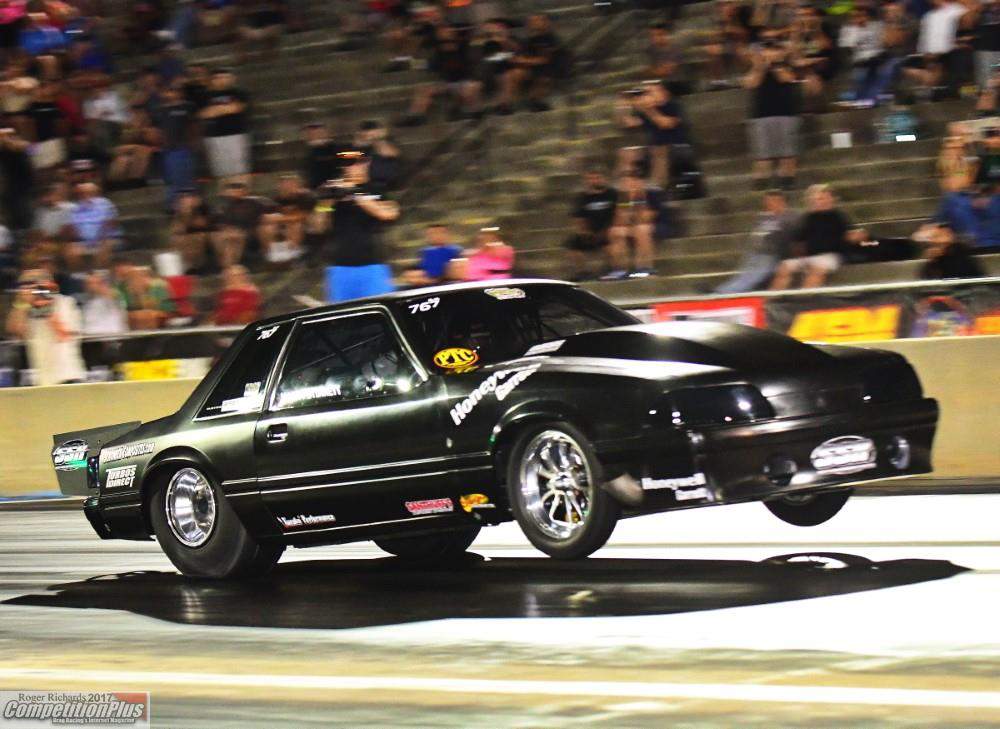 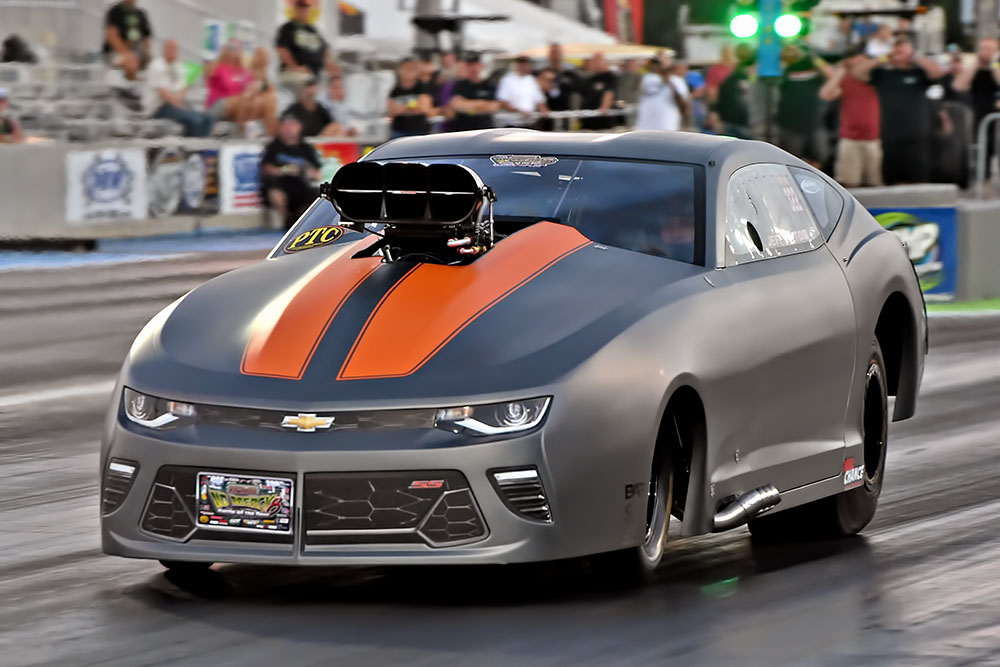 That’s all she wrote for the 2017 NMRA Keystone Automotive drag racing series. The action has officially concluded after a great weekend of racing and records at Beech Bend Raceway Park in 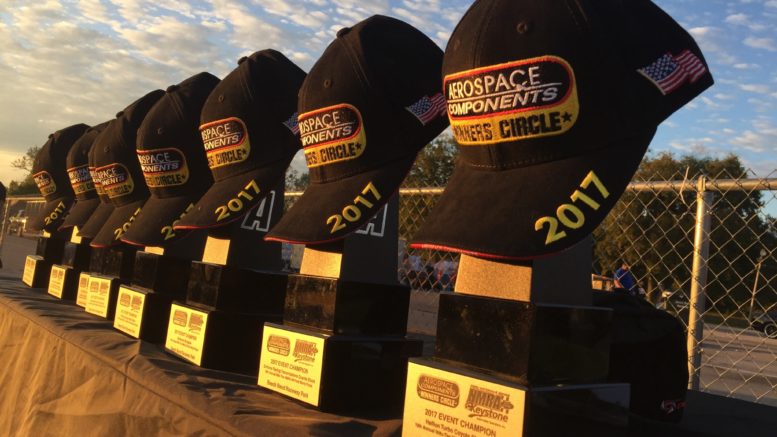 Bowling Green, Kentucky. The forecast early on promised perfect weather, and Mother Nature didn’t disappoint. Awesome conditions combined with the hope of winning a championship had every racer on the property pushing for new personal bests.

After a hurried, late-night last-minute engine swap, Manny Buginga of Bridgewater, Massachusetts rallied to take the number one qualifying position in VP Racing Fuels Street Outlaw when he ran 4.342 at 172.06 mph with his Turbonetics turbocharged, MJM Construction Corp ’03 Mustang. Then, in eliminations, he pulled up alongside crewman and teammate Rich Bruder. It was a tight race, and although Bruder got to the finish first, Buginga was still happy with the results as the supercharged Fox-body Mustang Bruder was driving belonged to Buginga himself. 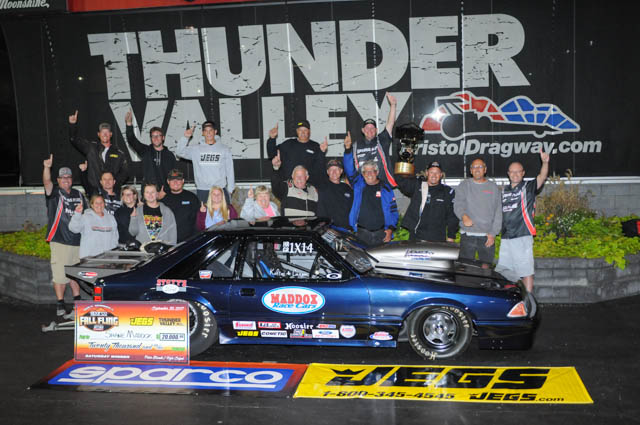 After a long day of racing and a longer night of partying at the Sparco Appreciation Barbecue, Day Last finally came to the Sparco Fall Fling presented by Optima Batteries.

First up; and an actual first for the ‘Fling; the wedding of Stephen and Kimmy Marinchek with the Minister of Parking, Sally Martini officiating right on the starting line. 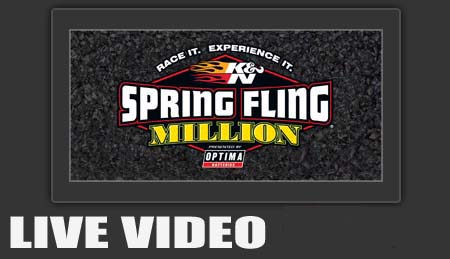 Thanks to our coverage partners at MotormaniaTV, we present to you the live video feed from the Spring Fling at Bristol Dragway. 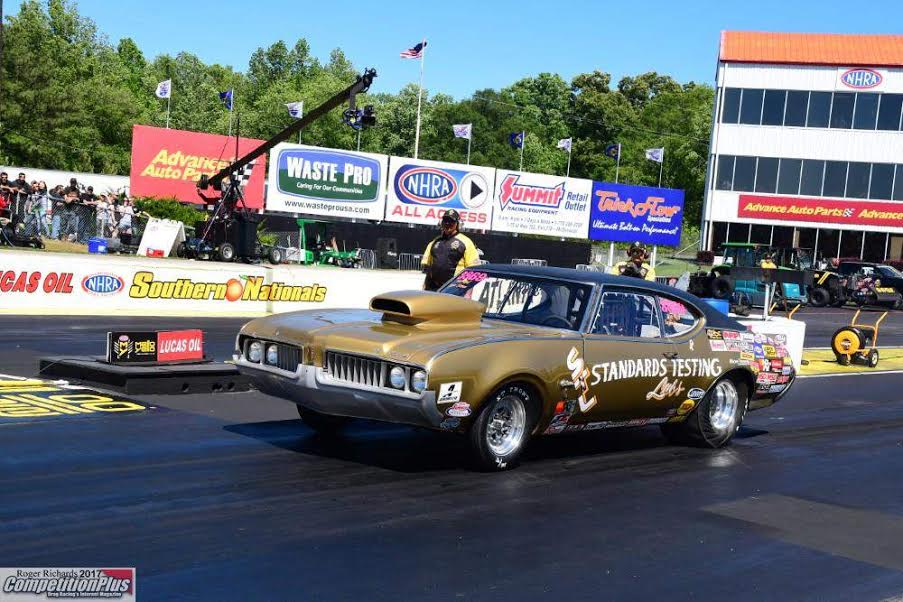 THIS WEEK AT THE ‘FLING 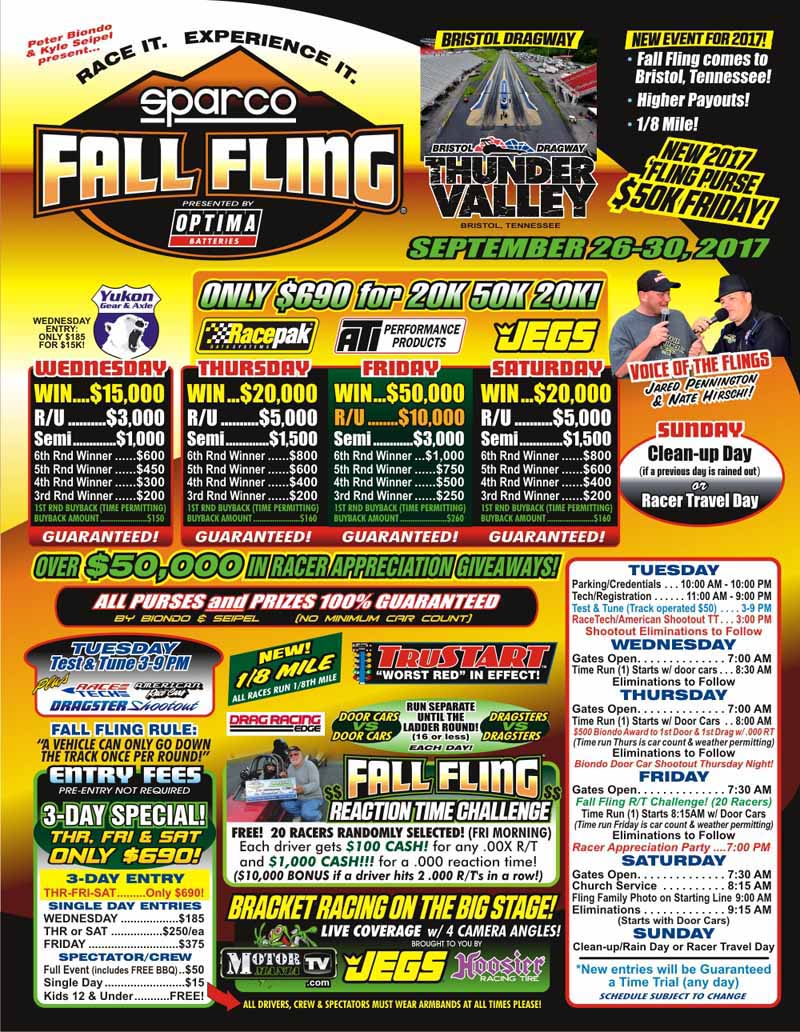 From all across the United States and Canada, racers will be flocking to Bristol Dragway’s Thunder Valley this week for the Sparco Fall Fling presented by Optima Batteries as part of the Spring Fling brand of high dollar bracket races.

The original Spring Fling event held every year in Bristol in May has moved to the September date to take advantage of more favorable weather. “While we never had to cancel any of the five days of racing when the Spring Fling was held in May in Bristol,” says ‘Fling co-promoter Kyle Seipel, “there was always the possibility of rain. However, we might have lost a day or two, but we always more than made up for the loss by doubling up the purse the following day. Racers know that when they come to a ‘Fling event, not only do we guarantee the purse but we always pay out every bit of what we advertise.”