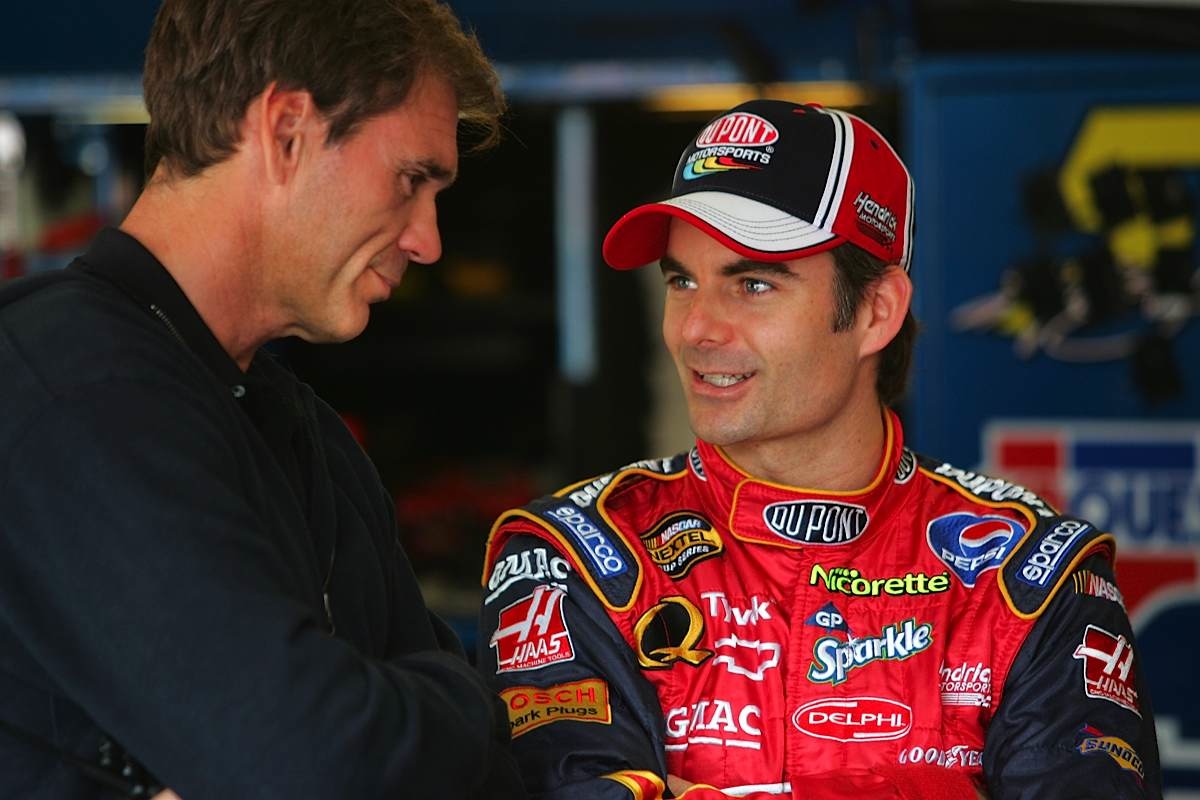 Jeff Gordon is hanging up his helmet as a full-time driver in NASCAR's Sprint Cup Series at the end of the 2015 Sprint Cup Series season. The move might be the final race of his illustrious NASCAR career as a driver, however he will still be heavily involved in stock car racing.

Gordon put his helmet on for the first time in a NASCAR race at North Carolina Motor Speedway on October 20th of 1990. Today it is the Xfinity Series. When Gordon strapped in the division was called the Busch Series.

The driver who recognized Gordon's ability when he first tested driving a stock car (also at Rockingham) – Buddy Baker. Gordon was attending the driving school owned by Buck Baker, Buddy's father and another great driver in NASCAR history.

So away Gordon went.

At the first race Gordon wasn't in a Chevrolet, he drove a Pontiac; he wasn't sponsored by Dupont, he thanked Outback Steakhouse, the car was owned by Hugh Connerty and Gordon started on the outside pole in what was his second, yet first successful attempt to make a race in NASCAR.

Gordon's time in front of the media was short-lived, for the moment. He finished 39th at North Carolina Motor Speedway (Rockingham) after crashing with 33 completed laps and collected a whopping four hundred dollars.

“The first time I ever met Jeff Gordon is clear to me,” said Evernham. “Andy Petree arranged for me to help Hugh Connerty, who owned the Outback Steakhouse team at that time. I went down to Charlotte to meet Jeff Gordon, in the hotel lobby; his mom Carol Bickford was with him. Jeff showed up carrying a little briefcase and he looked about 14 or 15 years old. I will never forget this, as I opened my briefcase, a Simpson carbon-fiber briefcase was the thing to have, I got my paperwork out. When he opened his he had some paperwork in there, but he also had a stock car magazine, an open wheel magazine, a game-boy and some peanuts.

“I will never forget that,” admitted Evernham with happiness in his voice. “He just was a very very pleasant young man and he was very astute about the race car. It was just amazing. The first time I ever saw him drive and he was able to come back and talk to me about the race car I knew this kid was in a different world.”

For Evernham, who was trying to find a way back behind the wheel himself, it was like being a good piano player and then listening to a “child prodigy” you know you are not in the same league.

“As soon as I started my relationship with him I didn't even miss driving. I knew I couldn't be in this kid's league. I always felt working with him was my responsibility to make sure he could be all he could because he was that good.

Evernham was obviously right from the very start.