CLASSIC VIDEO - A GATHERING OF THE MONSTERS AT FONTANA DRAG CITY 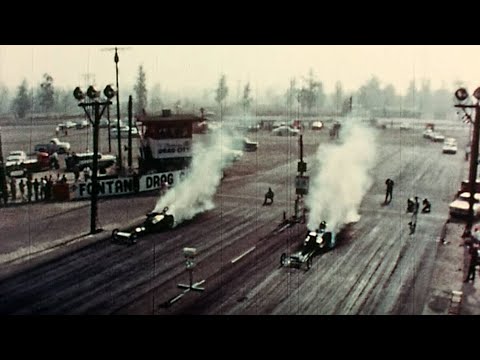 Ah, the legendary Fontana Drag City, also known in some circles as Mickey Thompson International Dragway, wasn't considered one of the major drag strips in Southern California but was important enough to establish a role in drag racing's foundation.

The strip, which originated from the old abandoned Gilfillan Field, Played host to strong drag racing shows like the one featured in this classic film featuring the Mickey Thompson 200mph Club Meet. The video is appropriately named "The Gathering of Monsters" and featured the best of the best in Double-A Fuelers back in 1965.