CPTV ENCORE - THE EMOTIONAL STORY OF THE MATUSEK FAMILY 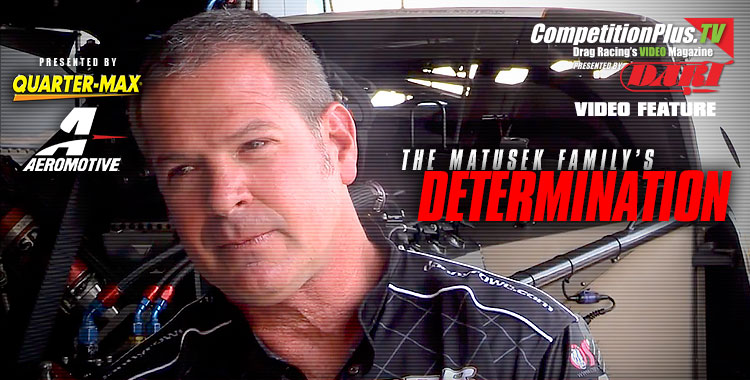 If there's ever a name which epitomizes the will to succeed, it's Matusek.

The Matusek name, championed in drag racing by master fuel system expert and Pro Modified racer Steve Matusek, is quick to point out the reputation was set in motion long before he was even born.

Matusek's father, the late John Matusek, escaped to the United States to avoid persecution in 1956 from his Hungarian homeland. He was a member of the Hungarian Freedom Fighters who battled the Russian Army as part of the movement against communism. His mother, Lucy Haberman Matusek, who escaped Poland after hiding in an attic for a year to avoid going to a Nazi Germany concentration camp.

John dad taught himself to read, write and speak English, became a mechanic, and eventually a successful businessman and racer, providing a rock-solid example of work ethic to his sons.

In this CompetitionPlusTV feature, Matusek tells the emotional story of his parents and their example of the relentless will to succeed against overwhelming odds.