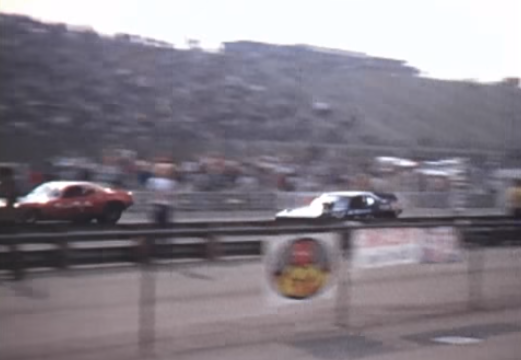 Ontario Motor Speedway was a motorsport venue located in Ontario, California. It was the first and only automobile racing facility built to accommodate major races sanctioned by all of the four dominant racing sanctioning bodies: USAC (and now IndyCar Series) for open-wheel oval car races; NASCAR for a 500-mile (800 km) oval stock car races; NHRA for drag races; and FIA for Formula One road course races. Constructed in less than two years, the track opened in August 1970 and was considered state of the art at the time.

The first full year of racing included the Indy-style open wheel Inaugural California 500 on September 6, 1970; the Miller High Life 500 stock car race on February 28, 1971, the Super Nationals drag race on November 21, 1970 and the Questor Grand Prix on March 28, 1971. Each of these inaugural races drew attendance second only to their established counterparts, the USAC Indianapolis 500, the NASCAR Daytona 500, the NHRA U.S. Nationals, and the U.S. Formula One race at Watkins Glen.

The track was purchased for real estate development by Chevron Land Company in late 1980 and demolished at a cost of $3 million in 1981. It is estimated that the 800-acre (3.2 km2) facility, with 155,000 permanent seats and an air-conditioned private stadium club would have a replacement cost in 2009 of over $350 million.

In 1980, the Ontario Motor Speedway bonds were selling at approximately $0.30 on the dollar. Generally unknown and unrealized by the bond holding public, the 800 acres (3.2 km2) of land originally purchased at an average price of $7,500 per acre, had now risen to a value of $150,000 per acre. Chevron Land Company, a division of Chevron Corporation recognized the opportunity to acquire the bonds and effectively foreclosed on the real estate. For approximately $10 million, Chevron acquired land which had a commercial real estate development value of $120 million, without regard to the historic significance or future potential of the speedway.

This video feature focuses in the track's decade-long involvement with the NHRA, and a reputation which still stands to this day.