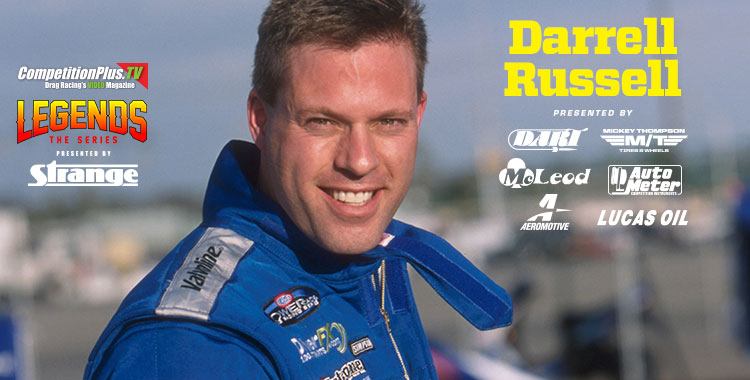 Darrell Russell was destined for Top Fuel stardom Anyone could gauge his immense potential.

Almost before his career high gear, though, the sport was cruelly robbed of his certain greatness.

Handpicked to succeed driver/owner Joe Amato, then the winningest driver in NHRA Top Fuel history, Russell immediately proved to be the perfect choice. He won his debut as a Top Fuel competitor -- only the third driver ever to accomplish that feat -- and over the next 3 1/2 years, he charged to five more victories with 11 additional final-round appearances.

But midway through the 2004 season, the pages of a dream-come-true tale turned into a hellish nightmare. A blown rear tire ignited catastrophic damage to the dragster, and Russell, 35, sustained injuries that would claim his life.

The racer adored by every other competitor was gone. For some, the pain remains as fresh now as it was 15 years ago; memories of a good man and top-shelf racer still bring tears to the eyes of his peers.

Gone too soon? No question.