SEASON 4 REWIND - LEGENDS: THE SERIES - THE LEGEND OF GARY SCELZI 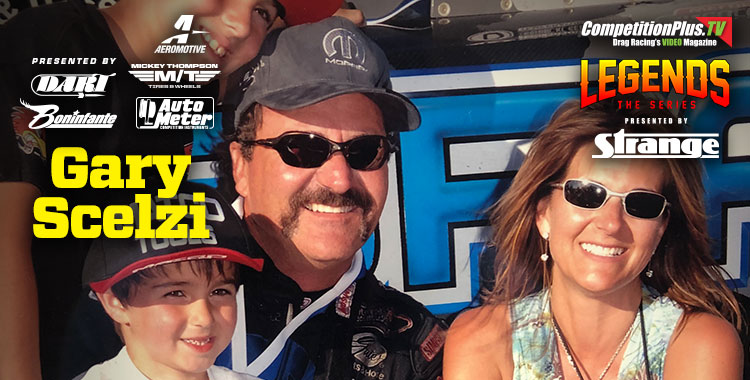 Few drag racing flames ever burned brighter than Gary Scelzi’s. In a pro career spanning just 10 full seasons, five in Top Fuel and five in Funny Car, the native Californian won 37 NHRA tour events, three Bud Shootouts and four championships while endearing himself to friends, fans and rivals away from the track with an offbeat sense of humor.

When he won the 2005 NHRA Funny Car title, he became just the second driver in history to hoist the championship hardware in both fuel categories.

Still, there was a time when he had resigned himself to the fact that he would never get a chance to compete at the sport’s top levels.

Then came the call from Alan Johnson that would change everything. Still mourning the loss of his brother Blaine in a 1996 crash, Johnson was contemplating an eventual return to racing and asked Scelzi if he ever had thought about driving a Top Fuel dragster. The rest is racing history.

They won their first two races together in 1997 and Scelzi went on to win both the Winston Championship and NHRA Rookie of the Year honors. Nevertheless, after two more titles, the wild one’s career hit another speed bump in 2002 when he and Johnson tried to replicate their success in a move to Funny Car.

It would take a move to Don Schumacher Racing to rebuild his confidence, put him back on track and back in the winners’ circle.

In this debut episode of Legends, The Series, season five, Scelzi talks about his early days in sand drag racing, his initial feeling of intimidation in Top Fuel, his awkward departure and how he hopes to be remembered. You’ll want to tune in. This is vintage “Scelzi Says.”