SEASON 3, LEGENDS: THE SERIES ENCORE - THE LEGEND OF ROY HILL 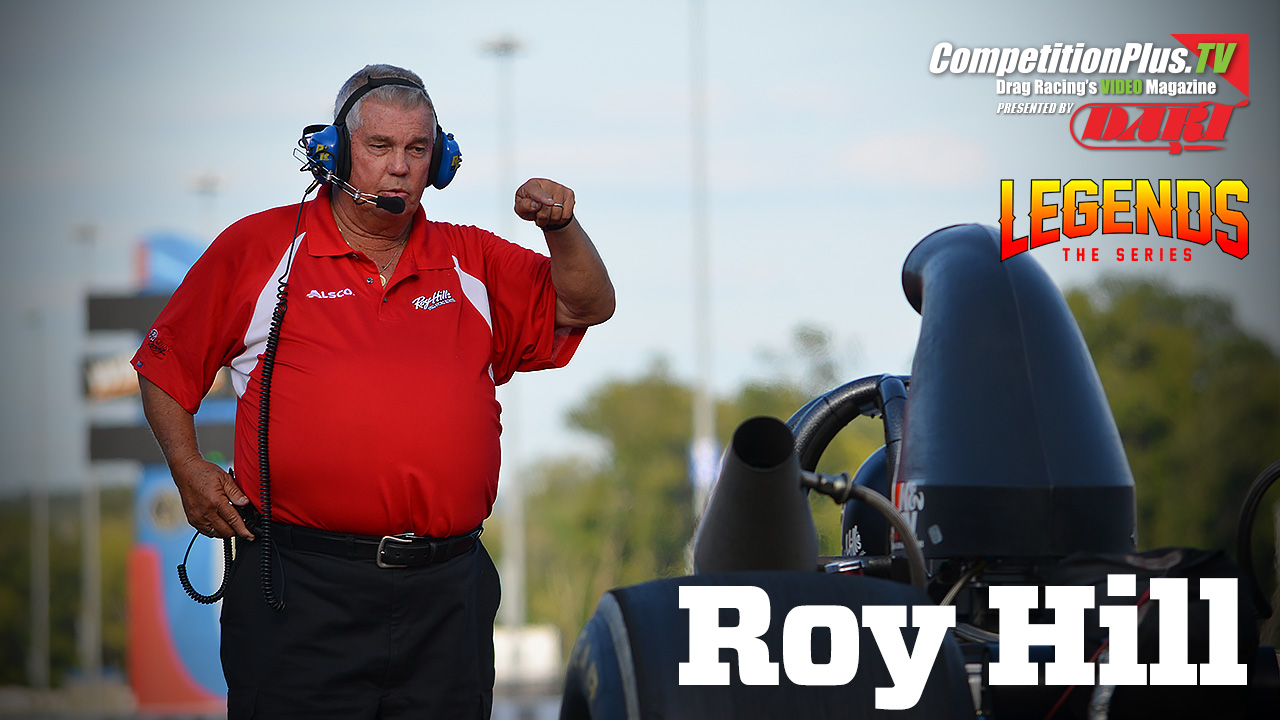 There is not a more unlikely drag racing success story than Roy Hill’s. The man they call “Hillbilly” overcame poverty, illiteracy and some admittedly questionable life choices to become not only a champion driver and car owner but also a successful businessman and entrepreneur.

In this episode of Legends: The Series, Season Three, the proprietor of Roy Hill’s Drag Racing School discusses growing up on his grandparents’ North Carolina farm, leaving school in the seventh grade, his long association racing legend Richard Petty and the addicting qualities of the sport he loves.

Hill’s dad died when he was just three-and-a-half and once he was old enough to do so, he began working to supplement the $86 his mom brought home every two weeks from her job at the furniture factory.

His one diversion was drag racing.

“I’d do whatever it took to race. Sometimes it was the right thing; sometimes it wasn’t. It’s the worst addiction you can ever have (and if you) ride on that edge, sooner or later it’s going to get you.”

Although his formal education was lacking, Hill learned to be street-wise and to stay true to himself. “All I ever had was my family and my word,” he said. “I don’t tolerate anybody lying and I don’t tolerate a thief but I’ll help anybody if they ask.”- Dave Densmore