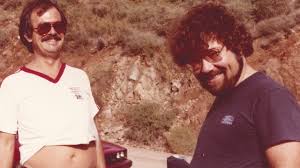 Steve Earwood definitely knows where the bodies are buried The former NHRA publicist and Rockingham Dragwway owner tells and entertaining story about an over-the-edge stunt man, 20 Ford EXPs and a promoter named Moose who knew how to pack the people in for a good time.

Drag Racing's Storytellers, from the makers of Legends: The Series, captures the stories of the legends in drag racing.