Legends: The Series, an online documentary/interview series delves into the history of those drag racers who shaped the various areas of the sport. Now in its second series of production, Legends: The Series provides the inside stories rarely published and told by the legends themselves. You'll see on average thirty minutes of historical footage and the emotions of these individuals who gave their lives in the pursuit of legendary status.

EPISODE ONE - THE LEGEND OF REHER-MORRISON AND SHEPHERD 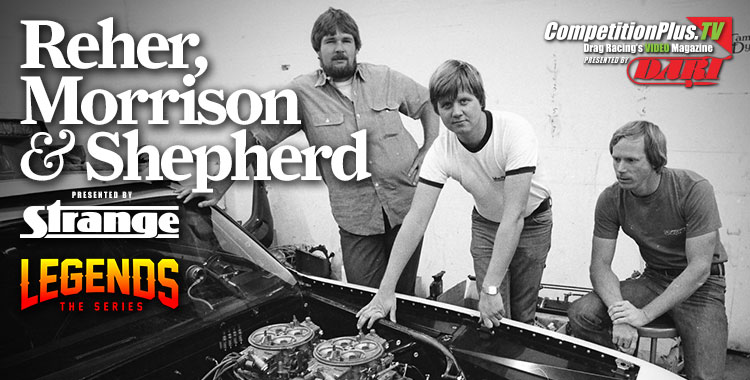 This is the story of Reher, Morrison and Shepherd as told by David Reher. In this exclusive interview for Legends: The Series, master engine builder David Reher discusses the formation of the legendary trio which broke the Bob Glidden stronghold in NHRA Pro Stock. From their humble beginnings as three money-challenged college students, hear how they built their arsenal from ingenuity and persistence. Share in the triumphs and tragedies as described by Reher, the only surviving member of the team. Reher also discusses the crucial role Bruce Allen played in the survival of the team in the midst of tragedies. 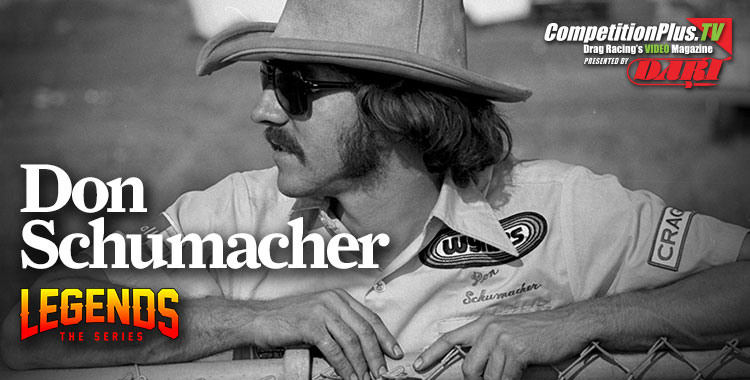 This is the story of Don Schumacher, former drag racer turned mega-team owner. In this exclusive interview for Legends: The Series, there are two different settings for this exclusive episode. Just five days after the original interview was filmed, Schumacher was diagnosed with cancer that eventually hit stage five. After enduring the hell of radiation treatment, Schumacher returned to his life at the drag strip and granted a follow-up interview. Whatever preconceptions you might have had of Schumacher might change when you see him open his heart in a way like never before. Schumacher discusses his days as a Funny Car driver and also talks about his extended family of racing. You won't want to miss the emotional post-cancer interview. 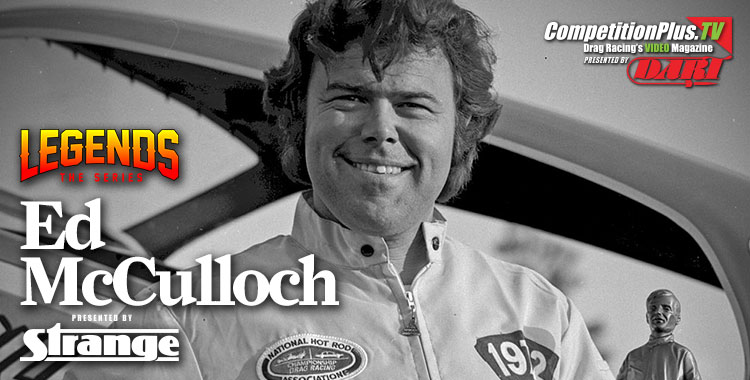 In drag racing folklore, Ed "The Ace" McCulloch is known more for his ability to land a punch, than in winning Indy six times.

McCulloch grimaces at the reality but smiles because he understands everyone needs to have a legend. The past Funny Car legend, who helped make the plastic fantastics an iconic race car, stars in this Episode Three of Legends: The Series.

McCulloch discusses his early years of driving, and how he ended up racing nitro. He also discusses his days as the "enforcer" for The Dones, a.k.a Bill Doner. Join in the smiles as McCulloch comments on the comedic moments and then takes a somber route as he discusses the loss of wife Linda and the time away from his family.

You'll see a different side of the often misunderstood McCulloch as he opens up in this episode of Legends: The Series. 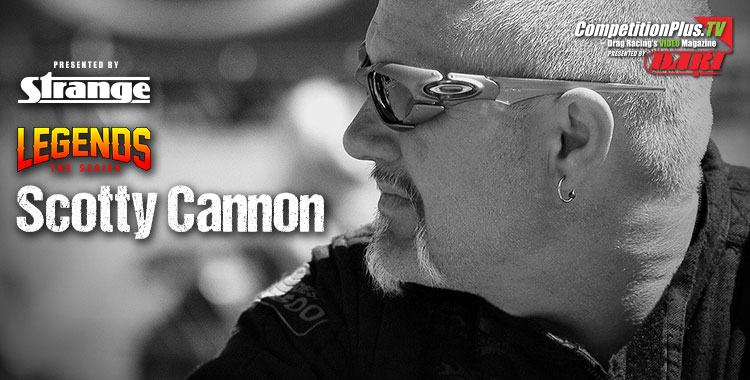 Scotty Cannon has a story to tell. The six-time Pro Modified champion will forever be known as one of the most iconic figures in the volatile doorslammer class, but what is not common knowledge is the hard road he traveled to reach this status.

Cannon learned from the locals how to make a car run well and how to win. He also used a headstrong attitude when it came to just participating in drag racing against his father's will. The more he learned, the more he became involved.

Cannon was in the right place at the right time as the Pro Modified movement swept the southeastern United States. By his sophomore season as a professional he had established himself as the champion to beat. In this episode of Legends: The Series, Cannon discusses his road from a naive kid wanting to drive fast to the favorite target of the rulesmakers to his unexpected road to fulfilling a dream.

As Cannon reveals, "Don't dig your hole so deep chasing your dream that you cannot get out of it if you need to." 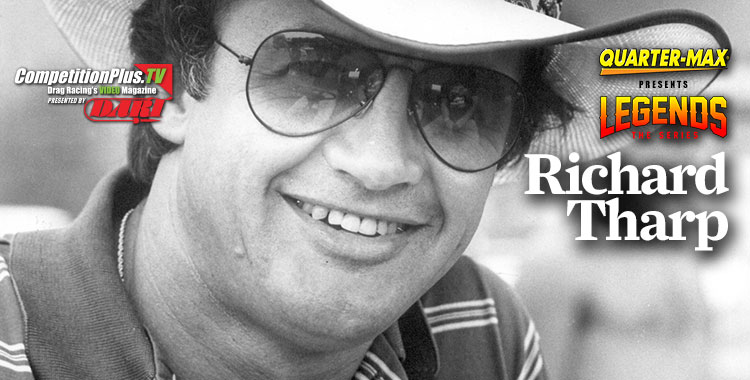 Drag racing has had many colorful individuals but few in the class with "King" Richard Tharp.

Tharp, a three-time world champion in both NHRA and IHRA Top Fuel, proudly lived by the mantra, "A Star I Are, A Saint I Aint."

In the episode of Legends: The Series, Tharp discusses a wide range of topics including his days as a Funny Car driver and his colorful rivalry with Shirley Muldowney. He also discusses losing friends Paul Candies and Raymond Beadle. 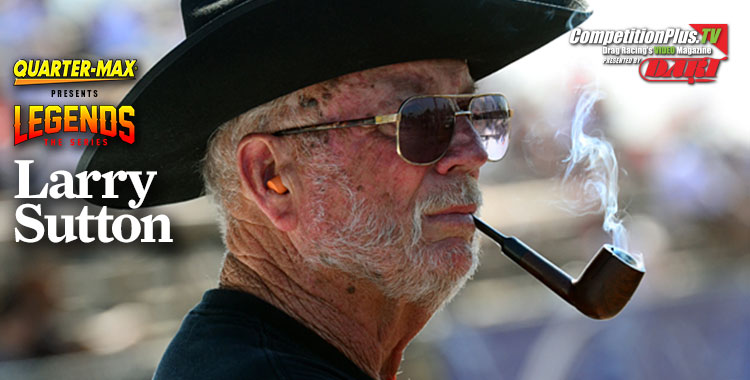 Larry Sutton is not the kind of legend credited with holding a prominent place in drag racing history like Don Garlits or Don Prudhomme. However, he was one of those important spokes in the wheel of drag racing’s early years.

Sutton was a special kind of person in those formative years and wielded a lot of power amongst drag racing’s supporting cast. Known for his trademark black stetson, Sutton probably had the most power in determining the west coast’s pivotal races but never let the power go to his head. He was a starters, and probably the most famous one next to the late Buster Couch. He was tough but a fair; a man’s man.

Sutton was the starter on the infamous day when an exploding clutch cost Don Garlits his foot and and almost an innocent fan’s life. He was the guy who kept strong in the face of adversity, but had the tender heart enough to release his emotions in private.

Sutton was the kind of guy with whom racers strutted as the starter and racing the same event.

In this latest Legends: The Episode, learn more about Larry Sutton and you will be grateful you did. 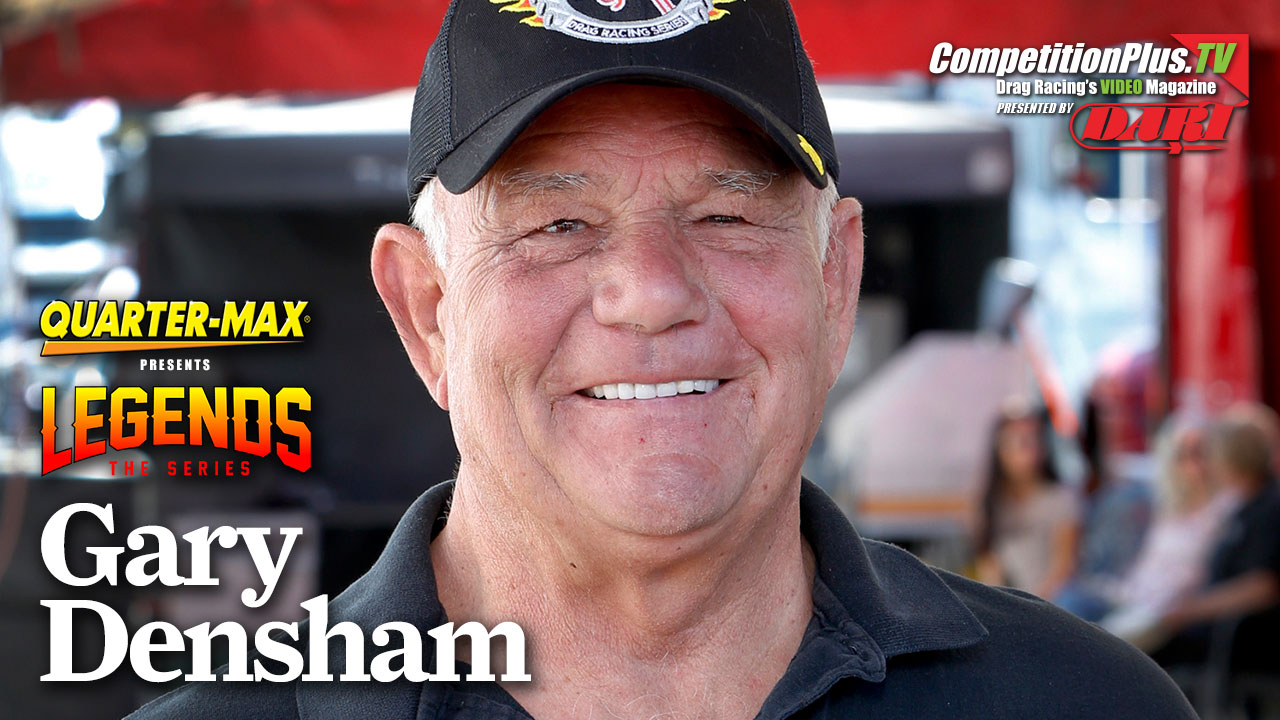 Gary Densham lived in an era when a working man could go nitro racing.

Long before Corporate America invaded professional drag racing there were those drivers who could cackle on an a teacher's or fireman's salary.

In the episode of Legends: The Series, Densham talks about the blessings of being in the right place at the right time in his racing career. He also faces the "what ifs" and how his life could have been different with other pathways. Densham also talks about living in the big time as a John Force Racing driver and his key to drag racing longevity.

Sit back and enjoy episode No. 6 of Season 2 Legends: The Series as you see a personal side of Gary Densham as he discribes having the time of his life. 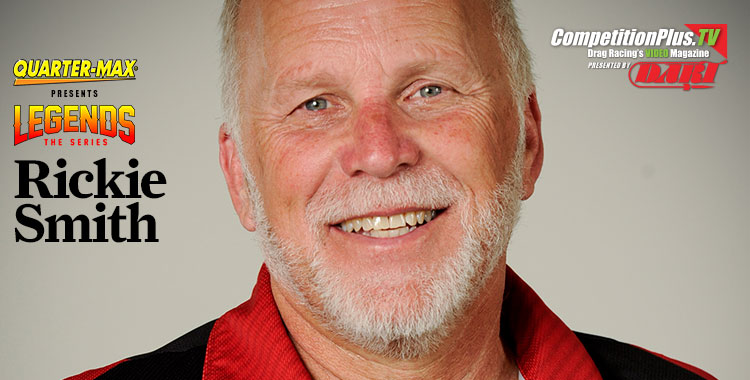 A man who would find a way to win, Rickie Smith traveled the long, hard path to being a drag racing legend. Ten championships prove he's more than reached the pinnacle of success.

Smith, who was born and raised in King, NC., started his driving career behind the wheel of a bulldozer while drag racing on the side. He is credited with killing a class because of his success, and later becoming one of the fiercest gameplayers on the starting line.

In this episode of Legends: The Series, Smith opens up about life, family and the spirit of refusing to lose. He also talks about the curse of the competitive nature which sometimes took him into areas he shouldn't have been. An emotional video; you will walk away feeling you have walked into the heart of a legend. 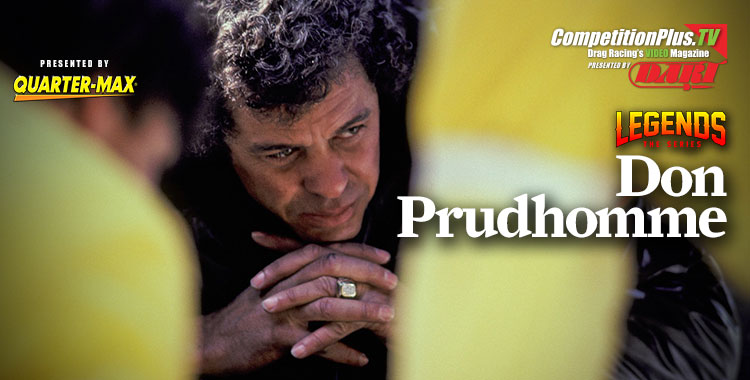 Don Prudhomme is probably one of the most revered snakes in the world.

A life story which has been told time and time again, this episode of Legends: The Series takes an inside look into the mindset of drag racer who described winning as everything.

Prudhomme talks about the joy of traveling the country match racing with his friend Tom McEwen as well as the pressure and subsequent fatigue of maintaining the high level of competition.

In episode #8 of Season Two of Legends: The Series, you'll see Prudhomme open up about his storied career. 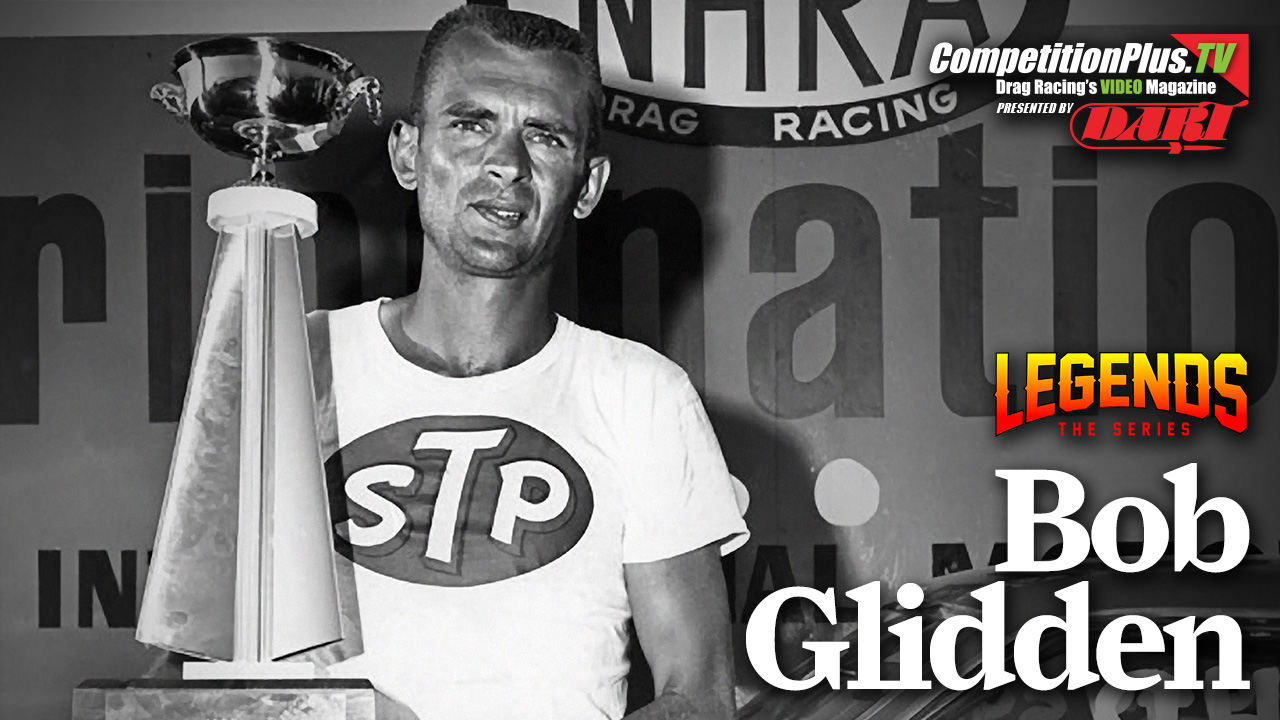 Glidden was never a man of statistics, although he established many of them which hold true to this date. From a humble beginning as a drag racer who tried his hand at professional racing on a shoestring budget to the man with whom everyone wanted to dethrone, Glidden raised the level of Pro Stock to a level many could never fathom in 1971. Glidden was so dominant that he pushed others to cheat just to beat him, and they did. Try as they might, they could never break the work ethic of the man nicknamed as the Mad Dog for his tendency to race like a rabid dog.

In the final episode of Season Two of Legends: The Series, you'll see Glidden open up in the way you would expect a man who spent his career being a straight shooter.