NEWGARDEN HOLDS OFF O'WARD TO WIN RACE 2 AT GATEWAY 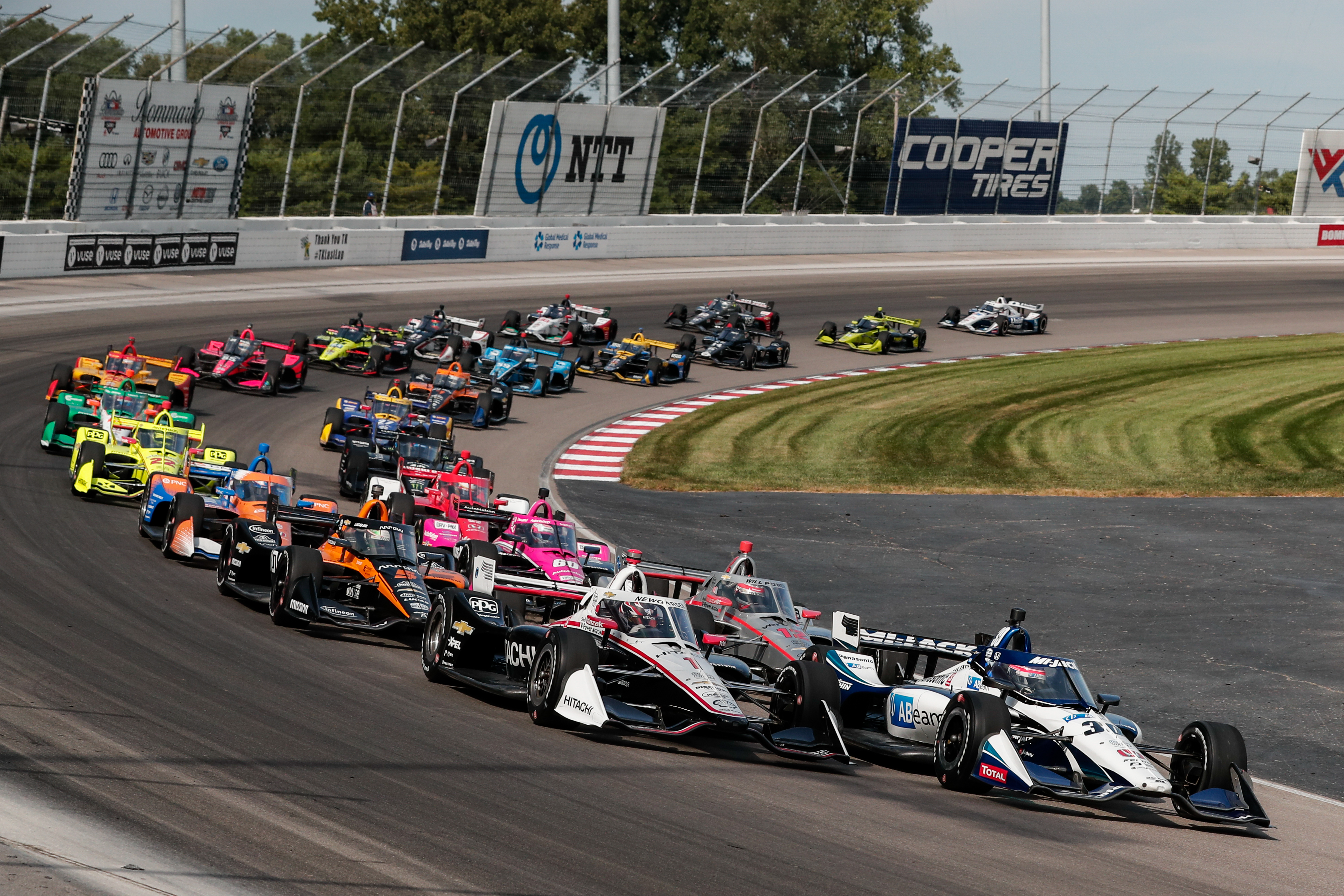 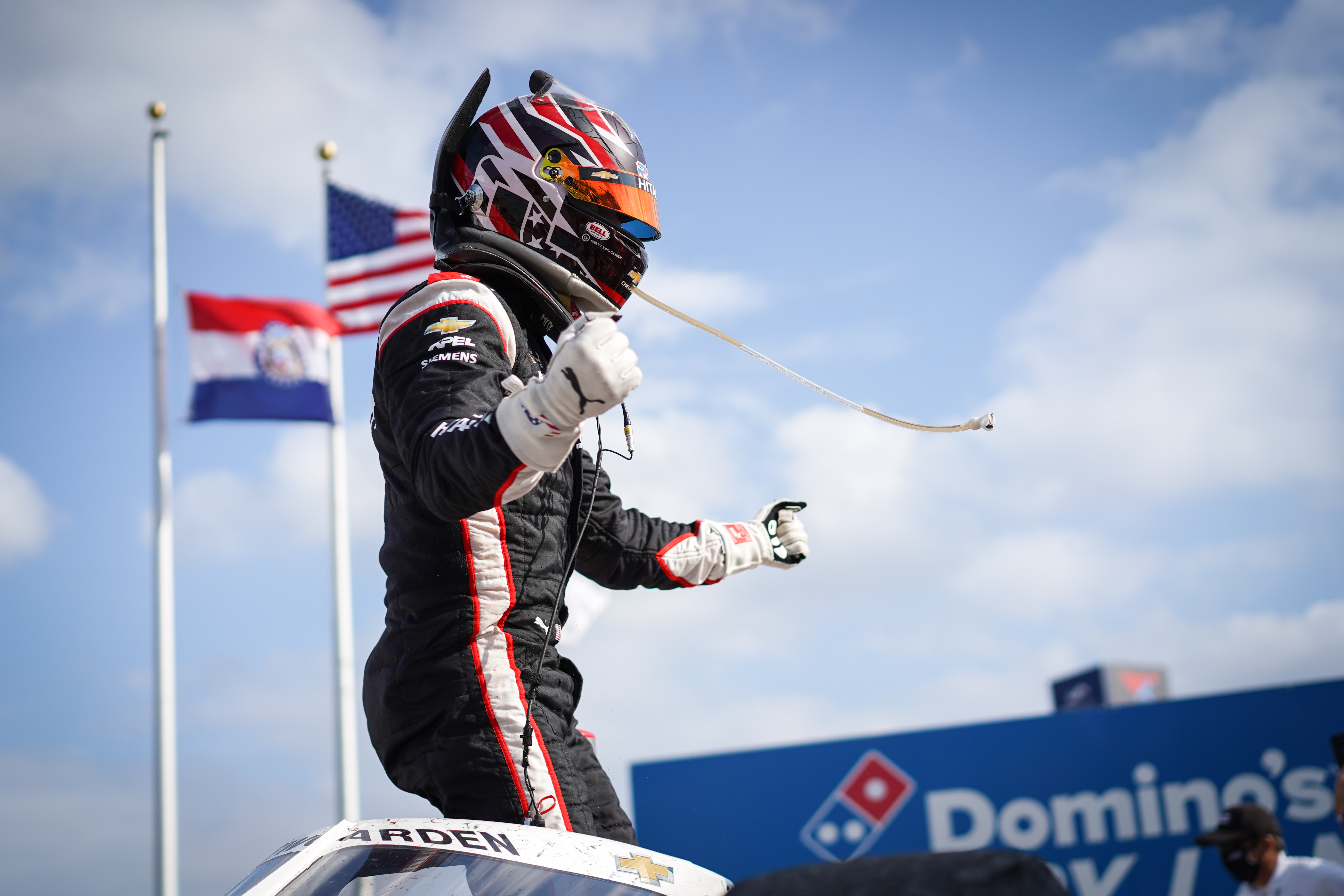 Defending IndyCar champion Josef Newgarden picked up his second victory of 2020 Sunday afternoon, winning round 2 of the series’ doubleheader at Gateway.

Newgarden started the race from the second position but did not take the lead until Lap 157 when the field cycled out of the final pit stop. Teammate Will Power had been leading up until then but lost the lead when he was caught up in traffic entering the pits.

By narrowly beating out Pato O’Ward of the pits a few laps prior, Newgarden then found himself in control of the race. He led all 43 remaining laps of the event, which ended under caution when race polestitter Takuma Sato hit the Turn 4 wall with four laps remaining.

"This is all a pit stop win here for me,” Newgarden said following the race. “We got pretty dicey with Will (Power) and Pato (O'Ward) there on track. My guys have been amazing in the pits. Put me in the position every time.

“It was really fun racing Pato out of the pits there. That was for the win there. He did an amazing job. He is going to do great things in this sport. Good job to him.”

For O’Ward, his second-place finish was the third podium of his relatively young career. The 21-year-old Arrow McClaren SP driver previously finished second at Road America in July and finished third in Saturday’s race at Gateway. 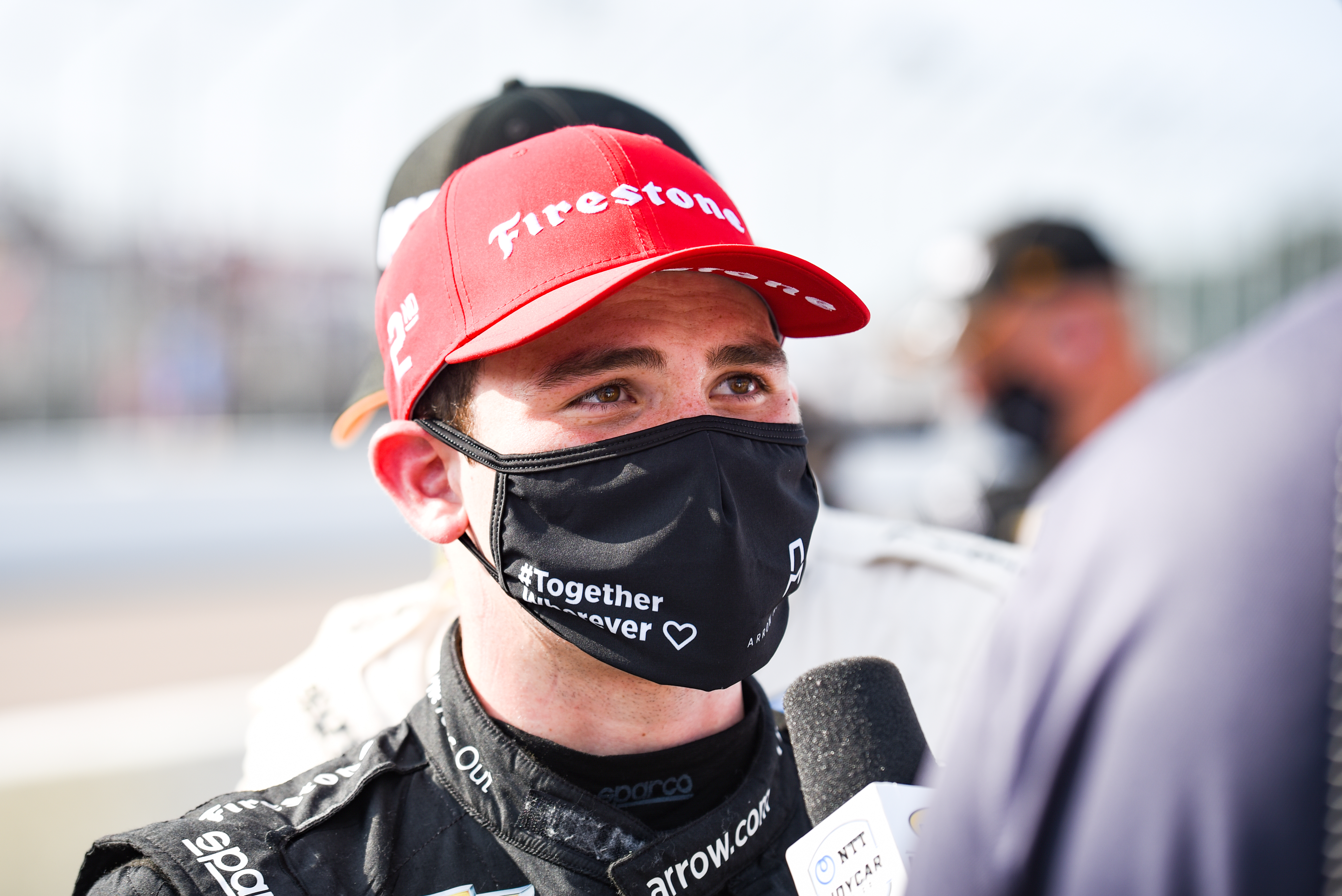 “We had a great weekend,” O’Ward said. “Our objective was to try to come in and score a few podiums, and we did that. It would have been great to score a win, but we were so close.

“We’re knocking on the door, man. We’re very close and we’re going to keep pushing. I know our time will come and we just have to stay there.”

Tony Kanaan finished 19th in his last scheduled race in IndyCar competition. While the 2013 Indy 500 winner does not currently have any plans in place for the 2021 season, he has expressed a desire to at least run Indy next year.

The next race on the IndyCar calendar is currently scheduled be the first round of a doubleheader on the Indianapolis Motor Speedway road course on October 2.

However, during a prerace segment on NBCSN, INDYCAR President Jay Frye stated that there is an “80 to 90 percent chance” that the postponed doubleheader at Mid-Ohio will take place sometime in September. More details about the race weekend are expected to be released in the near future.