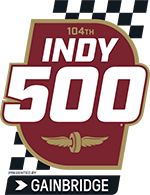 After nearly a three-month delay, it’s finally Indy 500 race week. For the first time in history, the historic race will take place outside of the month of May.

Restrictions on large gatherings due to the COVID-19 pandemic forced the event to be postponed for nearly three months, and are also why the race will take place without spectators for the first time in history.

While these changes are unfortunate, make no mistake, 33 cars will still race for 500 miles on the most historic racecourse in the world. Sunday’s Indy 500 will still live up to its title as ‘The Greatest Spectacle in Racing’.

NASCAR and Richmond have worked closely with public health officials, medical experts and state and federal officials throughout the development of this season’s realigned NASCAR schedule. After careful consideration, NASCAR and Richmond determined the track will host its fall races without fans in attendance to ensure the safety of competitors, staff, and the local community.

“This was a difficult decision, but due to the COVID-19 pandemic we believe at this time it is in the best interests of the local community to host races without fans,” said Richmond President Dennis Bickmeier. “We are grateful for the patience and support of our long-time loyal fans in this unprecedented season, but we will unite over race weekend as we tune in to the national broadcasts on NBCSN, FS1, and MRN to watch NASCAR’s best compete in four races over three days at America’s Premier Short Track.”

Darlington Raceway (Darlington) and Cook Out have announced a partnership to bring one of the fastest growing family-owned restaurant chains to The Lady in Black. Cook Out is now the Official Quick Service Restaurant of Darlington Raceway, and will hold exclusive promotional rights to the track Too Tough To Tame.

“Cook Out has been serving fresh burgers, barbecue, hot dogs and shakes to NASCAR fans across the south for over 30 years, so we are proud to welcome them as a new partner at Darlington Raceway,” said Darlington President Kerry Tharp. “We look forward to Cook Out helping fire up the NASCAR Cup Series Playoffs with the iconic Southern 500 at the track Too Tough To Tame.” 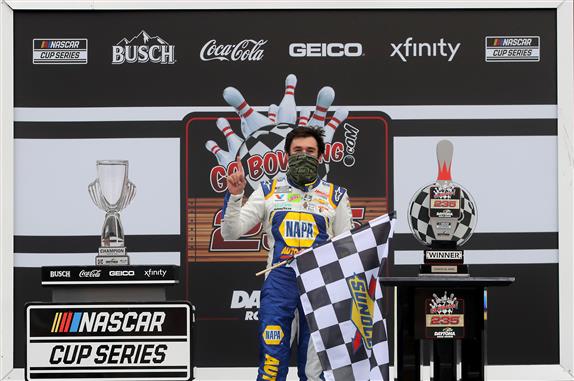 The 24-year old Elliott gave a not-so-subtle reminder Sunday afternoon in the NASCAR Cup Series debut on the Daytona International Speedway Road Course that he is one of the sport’s very best on the technical road circuits, even sight unseen as was the case this week.

Just before a caution flag with five laps remaining, Elliott had pulled out to a 10-second advantage on the field. He turned in a fantastic restart and drove three perfect final laps in his No. 9 Hendrick Motorsports Chevrolet to ultimately hold off Denny Hamlin by .202-second to win the Go Bowling 235. It is Elliott’s third consecutive road course win dating back to last year. 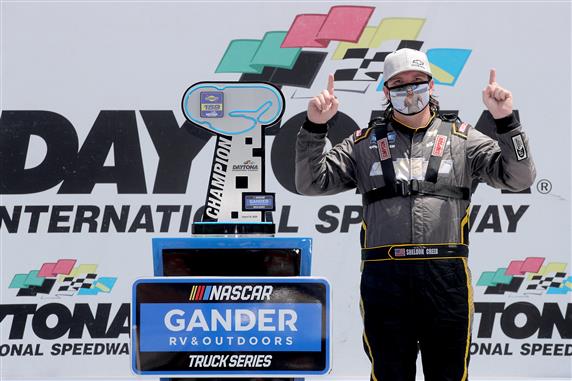 Cindric, 22, of Mooresville, N.C., earned his fifth victory in the last six races, his No. 22 Team Penske Ford pulling away to a hefty 7.108-second win over Brandon Jones’s Joe Gibbs Racing Toyota. That impressive ultimate margin of victory, however, is not indicative of the action-packed debut on Daytona’s famed road course.

Noah Gragson recovered from an off-course excursion early in the race while leading the field to finish third and maintain a perfect record of top-10 finishes on every Xfinity Series road course event he’s competed in. A.J. Allmendinger and Andy Lally – both road course experts – finished fourth and fifth. 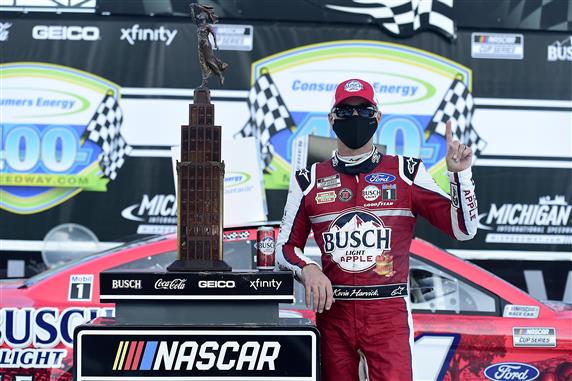 Kevin Harvick’s victory in Sunday’s Consumers Energy 400 at Michigan International Speedway gave the No. 4 Stewart-Haas Racing Ford team a weekend race sweep and a whole lot of momentum as the NASCAR Cup Series closes out its regular season schedule at the end of this month.

It was the fourth win in the last five Michigan races for Harvick and his weekend double earned the prestigious Heritage Trophy for Ford Motor Company – honoring the weekend’s top make in America’s auto manufacturer’s backyard.

KEVIN HARVICK CONTINUES IMPRESSIVE SEASON WITH A WIN AT MICHIGAN 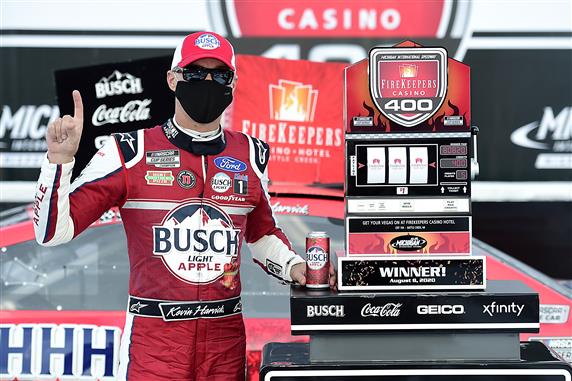 In ways both literally and figuratively the NASCAR Cup Series field saw red most of Saturday afternoon – Kevin Harvick’s red-colored No. 4 Stewart-Haas Racing Ford, which dominated the Firekeepers Casino 400 at Michigan International Speedway - resulting in Harvick’s third Michigan win in the last four races and fourth of his career.

Harvick’s red car was out front the majority of the afternoon – leading a race best 92 of the 161 laps - but five restarts in the final 30 laps  - including an overtime finish – certainly forced Harvick, 44, "The Closer" to close out the win -  his fifth of the year tying him with Denny Hamlin for most in the series in 2020. 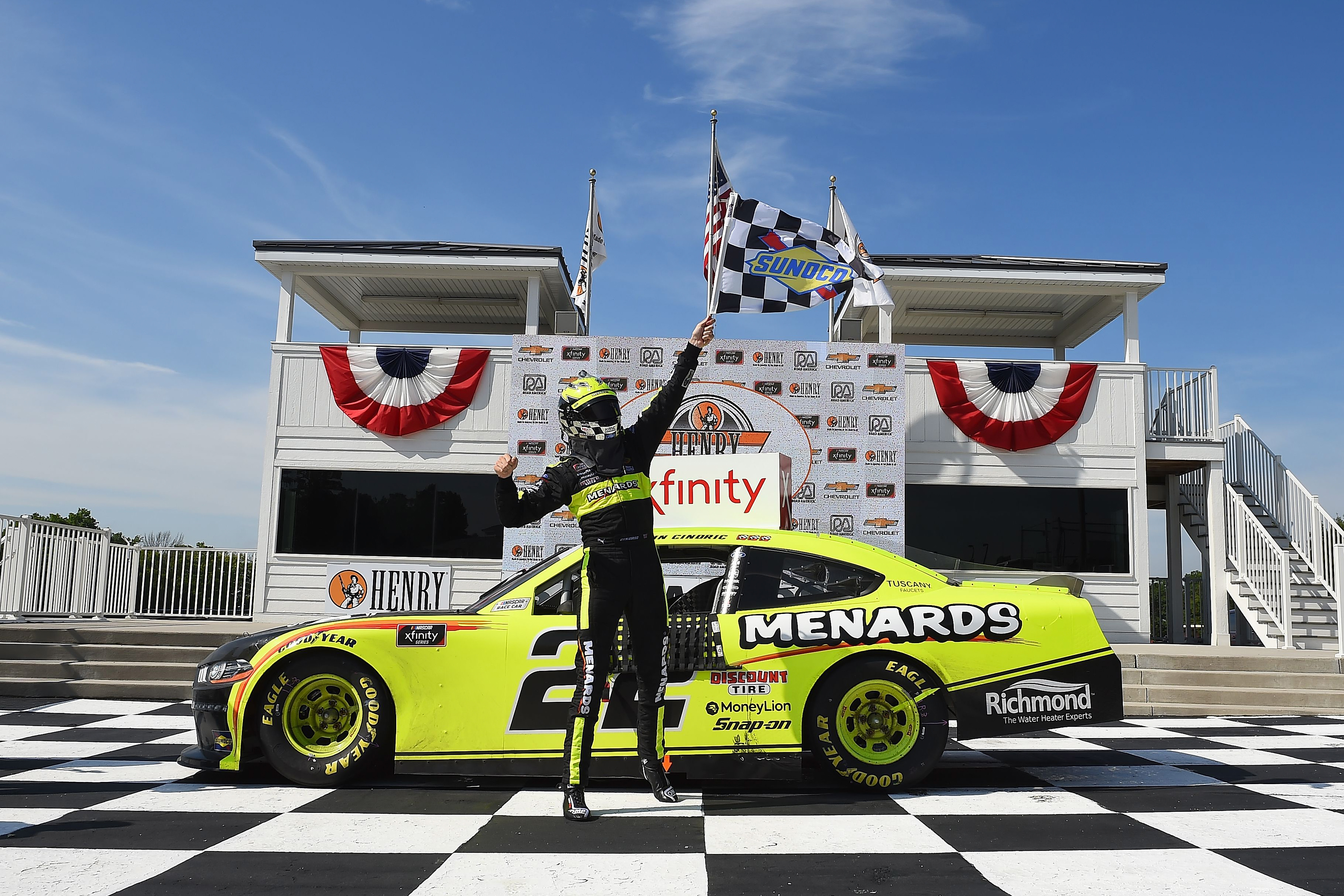 Austin Cindric really earned the victory in Saturday’s Henry 180 NASCAR Xfinity Series race on the historic 4-mile Road America road course in Elkhart Lake, Wisc. – managing to hold off traffic on numerous restarts both early and late in an elongated afternoon of competition that included wet and dry conditions and 13 dramatic lead changes.

Cindric, 21, took his No. 22 Team Penske Ford to the lead for good on a restart with three laps remaining having to hold off hard-charging veteran road course ace A.J. Allmendinger; ultimately taking a 1.318-seconds victory – Cindric's fourth win in the last five races. He is the 11th different Road America winner in the last 11 races on the track.