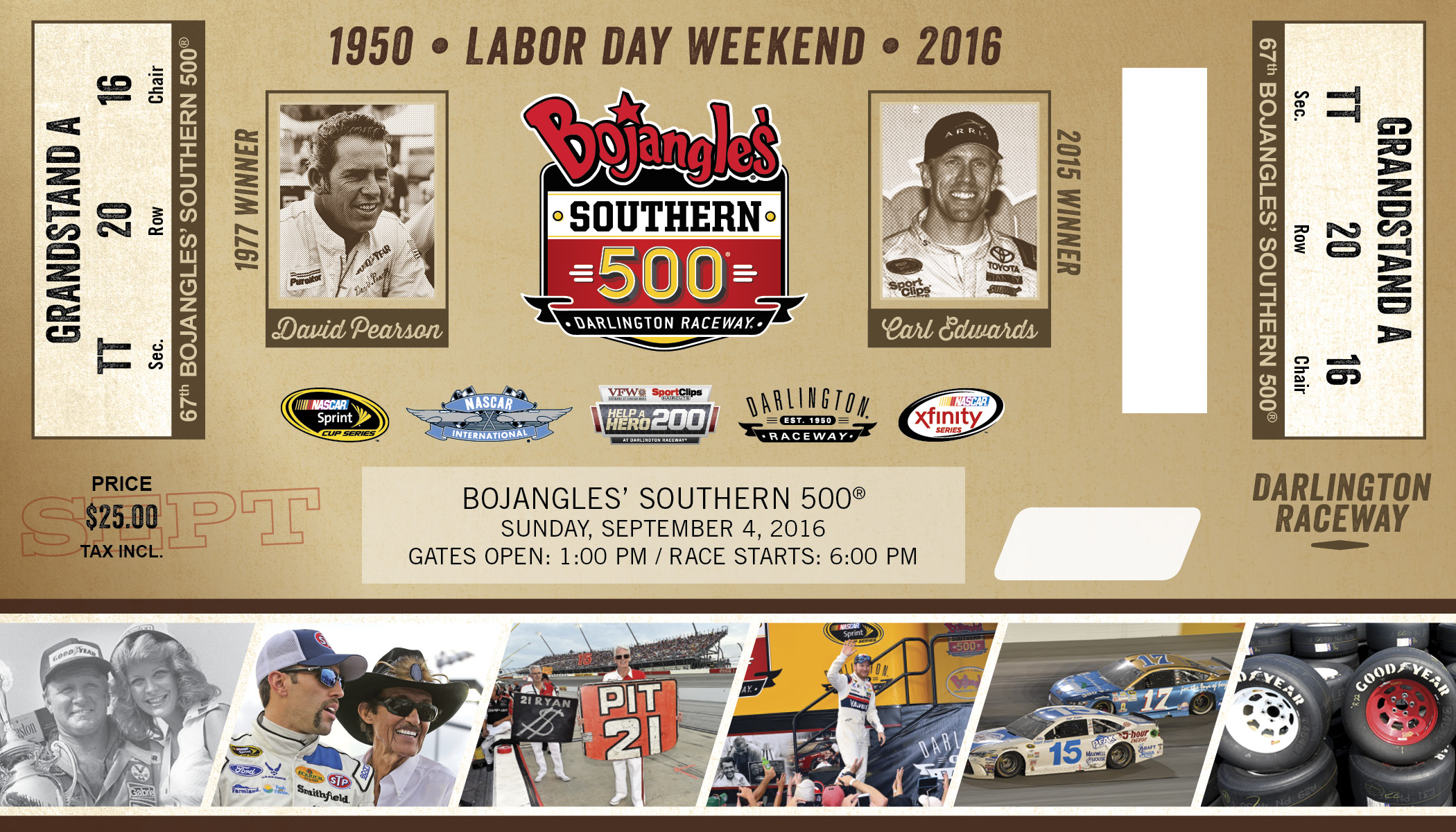 When fans received their Darlington Raceway tickets in the mail last season, the throwback look commemorating its 1974 ticket was enough to bring back nostalgic memories even before they got to the track.

Now in the second year of its throwback campaign, Darlington Raceway is excited to announce it will once again commemorate the sport’s rich history with a retro-style ticket that will be issued for its events on September 2-4, 2016.

A CONFIDENT HENDRICK MOTORSPORTS HEADS INTO 2016 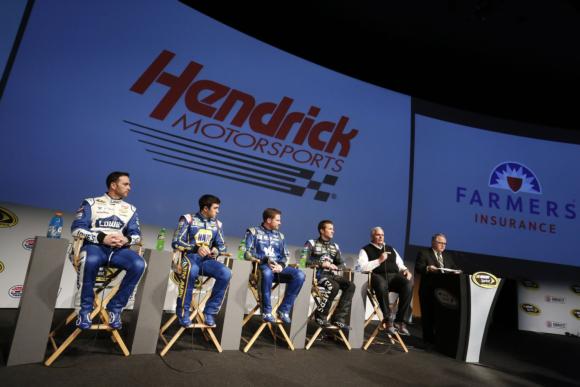 Hendrick Motorsports is looking to sweep the field this 2016 NASCAR Sprint Cup season. Owner Rick Hendrick is nothing but grateful for his 2016 team including freshman Chase Elliot, who will be driving the legendary No. 24 car.

“It doesn’t matter what kind of business you’re in, it’s the kind people,” said Hendrick. “We’re looking out of the windshield, not the rearview. We focus on the championships ahead, not the ones behind us.” 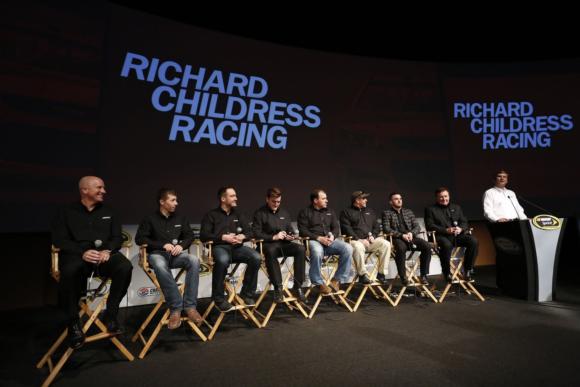 Richard Childress Racing is coming off a very successful 2015 season. Two of their three Sprint Cup Series drivers (Ryan Newman and Paul Menard) made the NASCAR Chase for the Sprint Cup, while Ty Dillon finish third in the XFINITY Series standings. But don’t expect RCR to be satisfied with anything but a championship in either division this season.

“The goals are higher this year. We expect to make the Chase, now we have to get up there and win a championship,” said team owner Richard Childress. “I know how hard this group has worked. I spent a lot of time in the offseason around the shop, more than ever, and our focus is there in every department.”

NASCAR reminds me of a casino right now.

I imagine a big Toyota Tundra, sparkling on a revolving platform and surrounded by a ring of slot machines. Lights flashing. A video board flashing ever-increasing numbers as the jackpot rises exponentially and the shot at a brand-new truck grows ever more tantalizing. 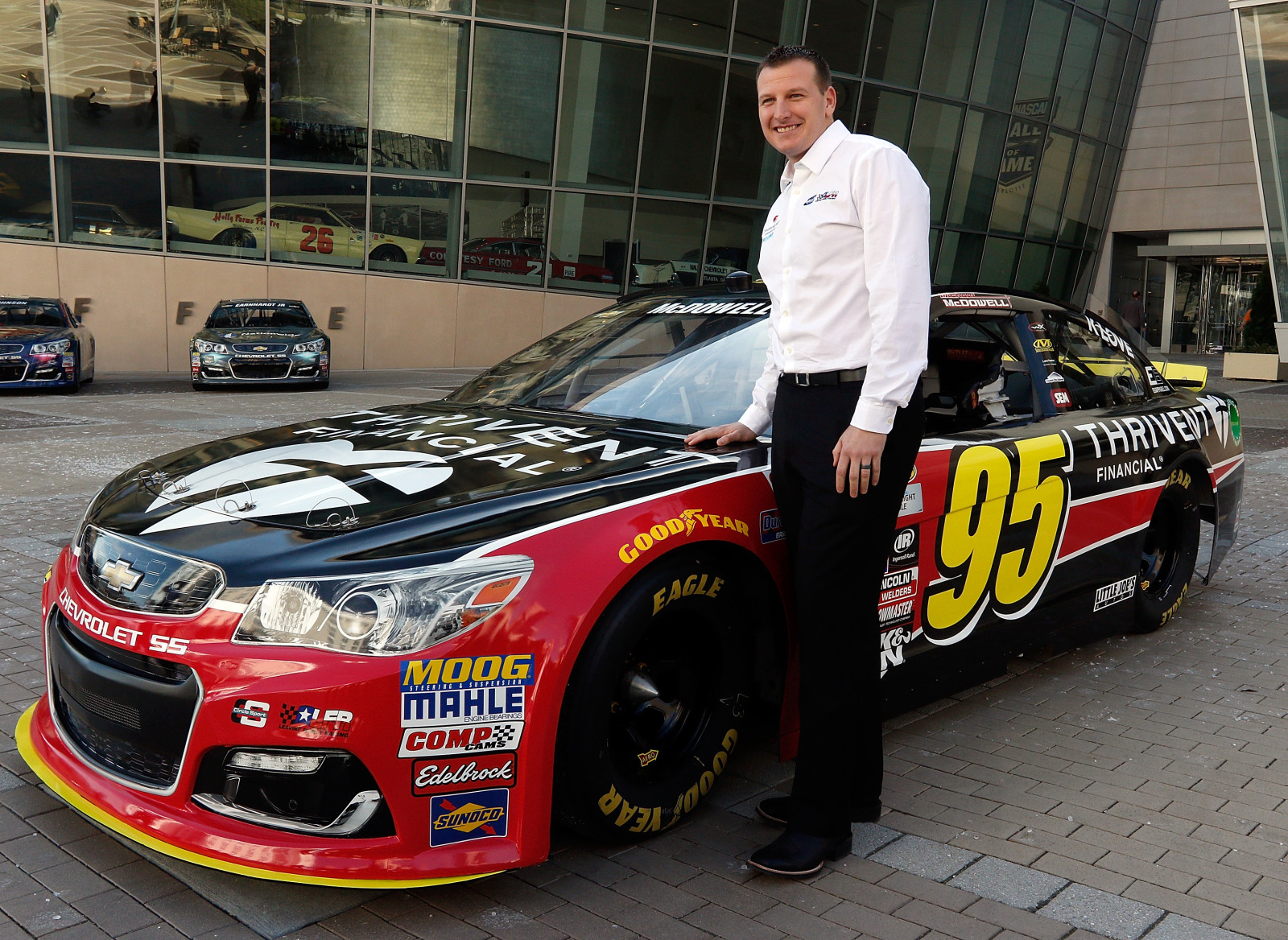 Leavine Family Racing will join forces with Circle Sport Racing to run the full 36-race schedule in the 2016 NASCAR Sprint Cup Series. The team announced during a lunch program at the Charlotte Motor Speedway Media Tour that they will be entering in alliance with Richard Childress Racing and will now run the Chevrolet SS racecar powered by ECR engines this season.

“The manufacturer and alliance switch provides our team with the best opportunity to improve on-track performance and to create long-term sustainability,” said team owner Bob Leavine. “We’ve finally found a great fit that’s going to help us continue to grow both on the track and as an organization.” 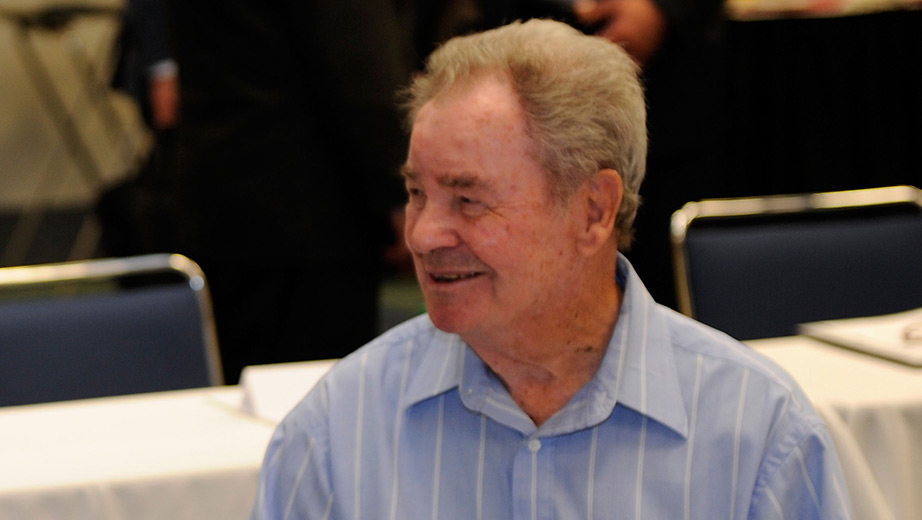 Barney Hall, who communicated the thrill of NASCAR stock car racing to millions of radio listeners during a more than 50-year broadcast career has died at the age of 83.

A native of Elkin, North Carolina, Hall was one of the original members of the Motor Racing Network staff and was known as the “Voice of MRN.” He was inducted into the National Motorsports Hall of Fame in 2007 and in 2012 joined former MRN colleague Ken Squier as the initial recipients and namesakes of the NASCAR Hall of Fame’s Squier-Hall Award for NASCAR Media Excellence.

CHIP GANASSI GEARED UP FOR 2016 SEASON 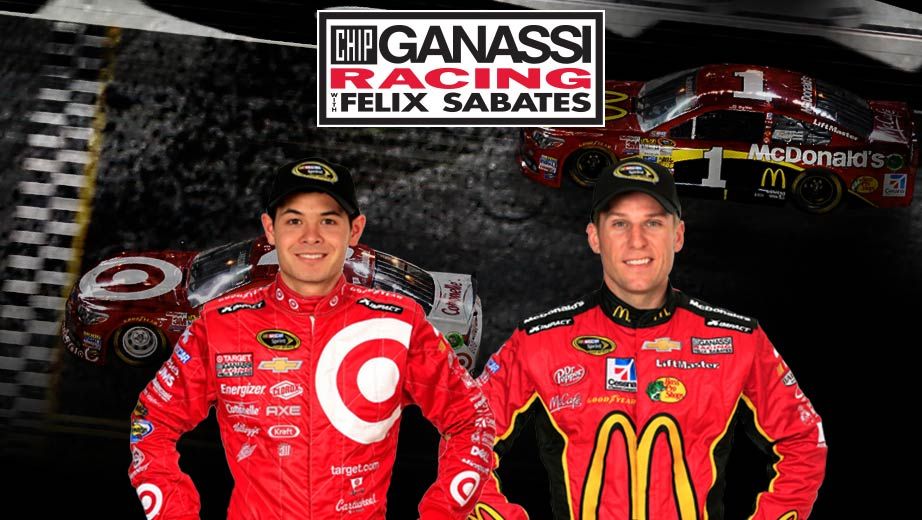 Chip Ganassi Racing with Felix Sabates has been a figure in the auto racing industry for over 25 years and is considered one of the most successful team owners in the sport.

CGR is excited about the upcoming Rolex 24, and will look to defend their 2015 title. Last season brought Ganassi his sixth win, setting a record for the North American endurance race. With the win, Jamie McMurray became just the third driver ever to win both the Rolex 24 and the Daytona 500. 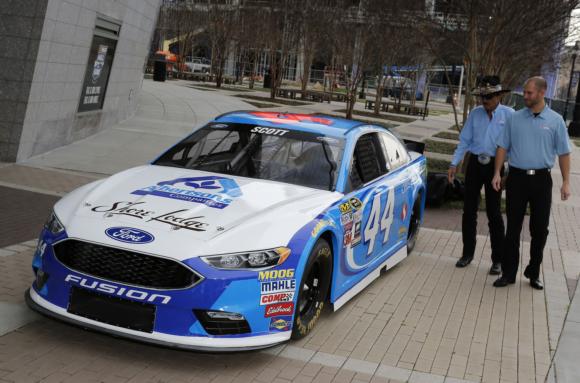 Richard Petty Motorsports introduced its newest driver, Brian Scott, who will help keep the Petty family legacy alive by driving the No. 44 car, during the Charlotte Motor Speedway Media Tour presented by Technocom.. Albertsons Companies and Shore Lodge, both Idaho-based companies, will adorn the hood of the No. 44 Ford for 16 races and have associate placement for the remaining 20 races.

Also a native of Idaho, Scott said the sponsorship pairing is a great match. 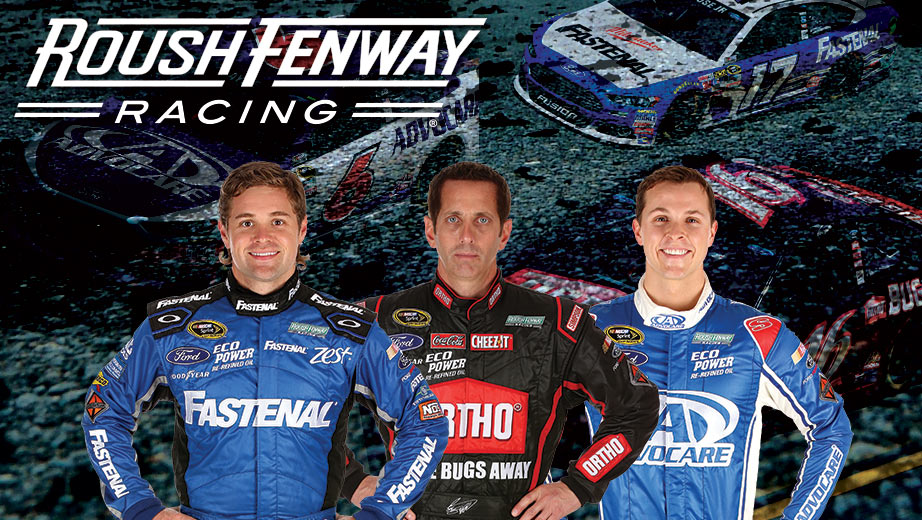 As with all teams at this time of year, Roush Fenway Racing is sharing the same level of excitement for the upcoming season that is flowing throughout the NASCAR community. But, coming off one of the more disappointing Sprint Cup Series seasons in recent memory, Roush Fenway Racing revealed a certain level of confidence and optimism throughout its organization on Ford Wednesday. And should those convictions spill over onto the track, RFR just might find itself competing for a championship.

“We, as an organization, were trending in the right direction at the end of last season,” said veteran driver Greg Biffle, who is looking to become the first driver in NASCAR history to win all three national touring championships. “Everyone is on a mission to make our cars better, faster. There’s a great energy right now.”