Dramatic NASCAR finales of yore flash to mind as the 2015 season came to a conclusion at Homestead-Miami Speedway last weekend.

Ranking extremely high among those of the past is the 1980 battle between the tough veteran driver Cale Yarborough and a brash relative newcomer, Dale Earnhardt.

CP MOTORSPORTS – MONTE DUTTON: ‘… AND, OH, WHAT HEIGHTS WE’LL HIT! ON WITH THE SHOW, THIS IS IT!’

At this point, each year, I recall the words of future U.S. Senator John Blutarsky and adapt them to my agenda, just the way that politicians do.

Another year of NASCAR, down the drain. (Unlike Bluto, in an ancient movie called Animal House, I was among the few, the proud, those who didn't take seven years to get out of college.)

I actually spent 20 years chasing the circus, which moved from Ringling Brothers and Barnum & Bailey through Winston, Nextel and Sprint over the years. It became a Chase, a Sprint, a Chase for the Sprint and a Sprint for the Chase. 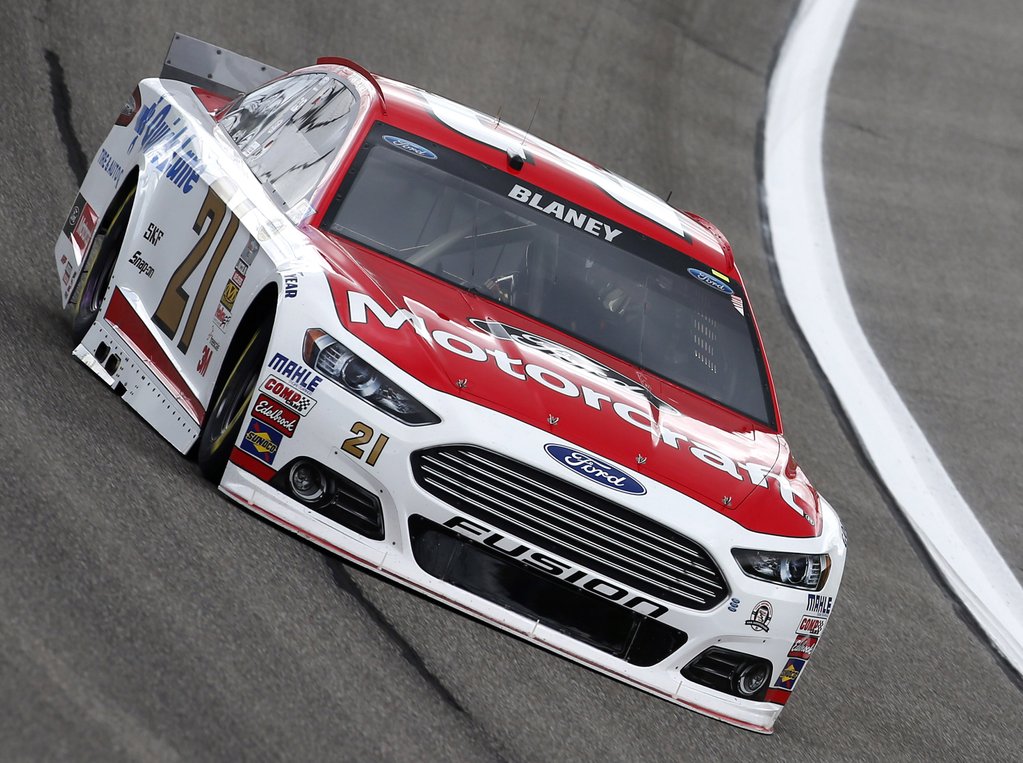 It's been a long road for the Wood Brothers in NASCAR.

One of the most storied teams in motorsports history has faced it's lions share of trials and tribulations over the past seven years. It was in 2008 when team owners Eddie and Len Wood announced the legendary no. 21 team would no longer compete in the Sprint Cup series on a full time level.

In a press conference Friday at Miami–Homestead Speedway, the team announced it would field a full time program for the 2016 season with Ryan Blaney behind the wheel. 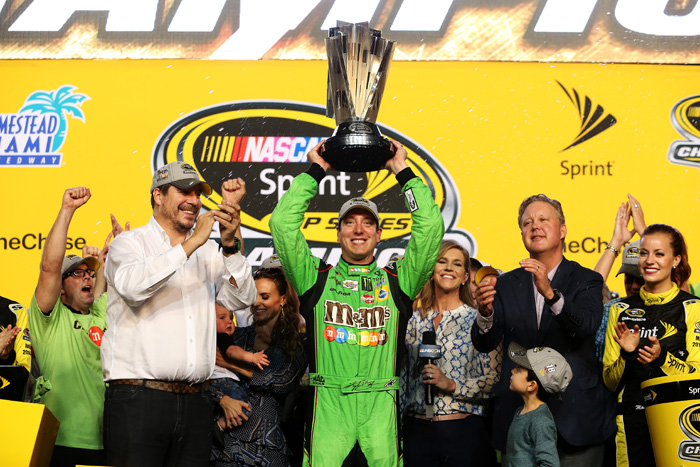 Busch was not going to be kept from his goal, the driver of the No. 18 M&Ms Crispy Toyota left his competition in the dust following the race's final restart with seven laps to go to clinch his first NASCAR Sprint Cup championship. Busch won the title by just a single point, one position, over last season's champion Kevin Harvick.

I remember the tears of Benny Parsons, the fears of Darrell Waltrip and Dale Earnhardt and the unjust jeers of Bill Elliott.

Also, I remember the relief of an elated Bobby Allison.

The emotions shown by these NASCAR stars all came forth during Cup Series season finales with coveted championships at stake.

As Kyle Busch, Kevin Harvick, Martin Truex, Jr. battle this Sunday to join Jeff Gordon in a four-driver fight for the prestigious, rich title in the season finale at Homestead, Fla., , recollections of past pressure-packed last-chances are in mind. Of all the championship chases I covered, the following five season finales are those I remember most: 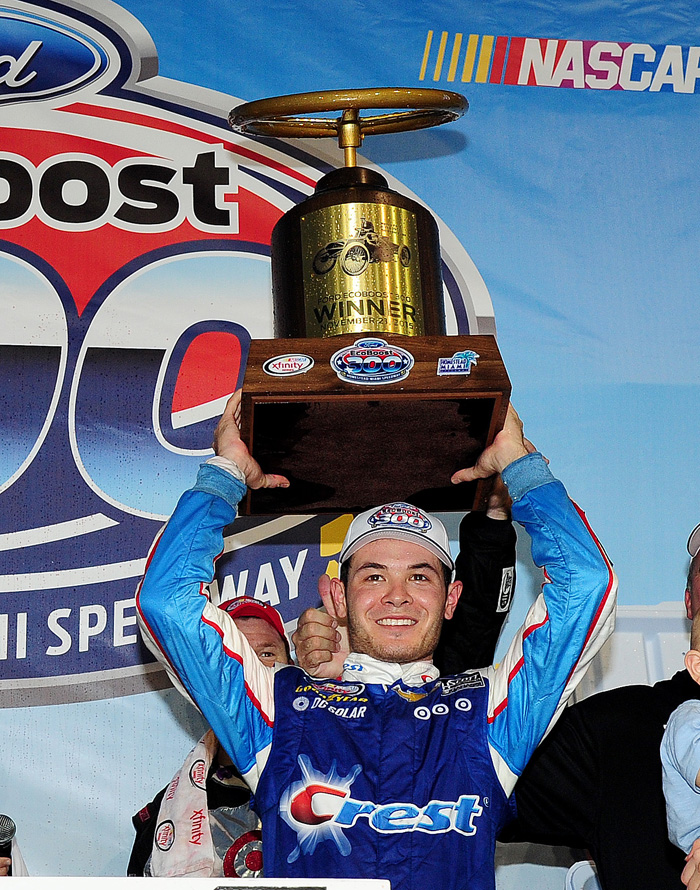 Kyle Larson hasn't visited victory lane in the Sprint Cup series yet but those who follow the sport know, it's only a matter of time.

Larson gained valuable experience during Saturday's Ford EcoBoost 300 from Homestead-Miami Speedway. Larson led 118 laps but fought at the end to regain the lead. The break for Larson came when then leader Austin Dillon appeared to make contact with the wall in the race's waning laps.

Larson seemed to be the only driver who could find success in the track's high line, which is one of the many reasons which it's Larson's favorite track on the schedule.

CRAFTON DRIVES AWAY TO WIN IN HOMESTEAD FINALE 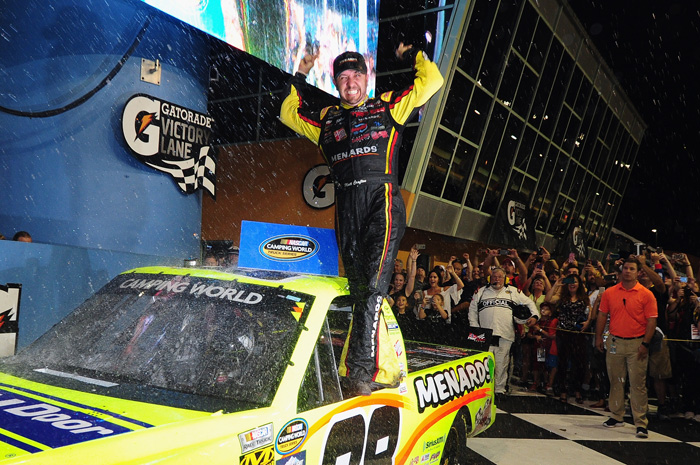 For the first time since the end of the 2012 Camping World Truck Series, Matt Crafton isn't leaving Homestead-Miami Speedway celebrating a championship. Instead he's celebrating his career high sixth win on the season and his first ever at the South Florida 1.5 mile track.

Crafton started from the pole and led 99 of the race's 134 laps. While he knew the championship slipped out of reach, the two time champion wanted to finish what one could argue his most successful season in the series. 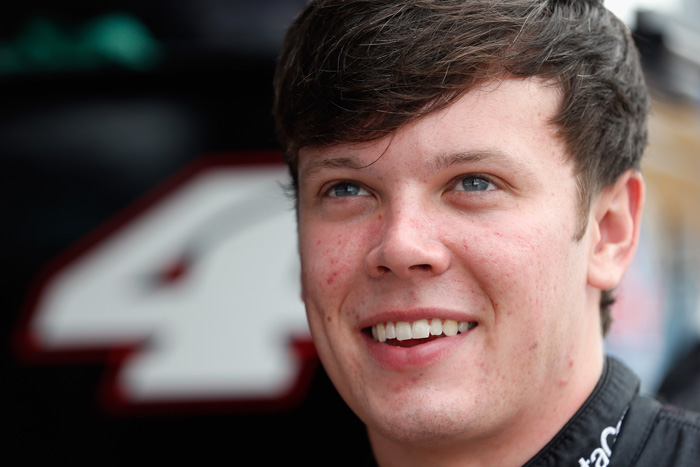 Since the 2012 Snowball Derby, Erik Jones has been among the hottest names in the NASCAR world. Five Flags Speedway in Pensacola witnessed a 16 year old Jones use a late race maneuver around Sprint Cup phenom Kyle Busch en route to a victory.

Since then Busch has held Jones in high regard. 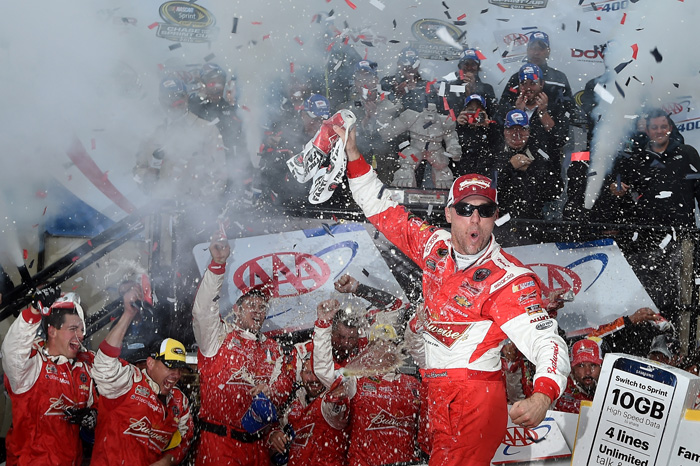 “It makes you feel good about the way that the team has run and the things that we have done,” said Harvick during in a Thursday teleconference. “We're a confident group amongst ourselves, but you also have to be respectful because you definitely don't want to get run over by the karma train by spouting too many things off.”
​

This is the end, and while 43 cars will circle Homestead-Miami Speedway, at least for a while, only four will really matter.

They are the few, the proud, the finalists in NASCAR's Chase for the Sprint Cup: Kevin Harvick, Martin Truex Jr., Jeff Gordon and Kyle Busch, thoroughly dangerous men all. It's not necessarily winner take all. It's who-finishes-highest-of-the-four take all. It wouldn't be a bad idea to win, just in case.

In terms of the season to date, it's not an equitable quartet. If the point standings were apportioned across the entire season, the finalists would be ranked first (Harvick), fifth (Truex), 10th (Gordon) and 20th (Busch). Busch, you see, was absent for the first 11 races, though now that seems like a decade ago.