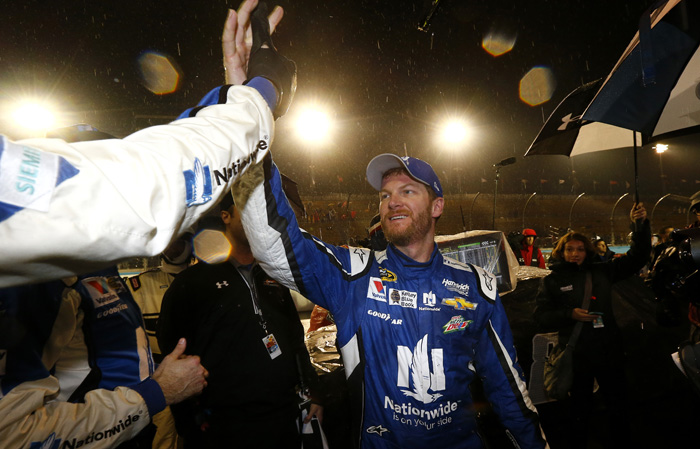 Earnhardt, Jr, only led 22 laps and inherited his lead during a round of green flag pit stops when the yellow came out for a two-car accident between Ricky Stenhouse, Jr, and Joey Gase. Then the rain started and it didn't stop, forcing NASCAR to make the race official having run only 218 laps.

Martin Truex Jr. will be racing with a heavy heart in today's Sprint Cup Series Race at Phoenix International Raceway.  He will race in memory of 10-year-old Elijah Aschbrenner, who died Wednesday of a rare form of cancer. A photograph of Elijah and his name will be displayed on Truex's race car.

CP MOTORSPORTS - ROWDY CRUISES TO ANOTHER XFINITY WIN IN THE DESERT 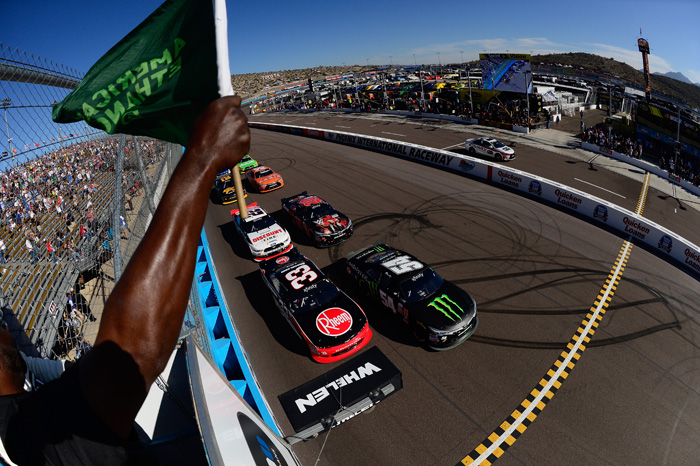 Kyle Busch is no stranger to victory lane in the Xfinity series.

Busch said he hoped there was some way he could translate his success in the 200 lap affair to Sunday's all-important 312 lap Sprint Cup showdown.

Twenty races had passed since Jimmie Johnson's 74th victory. He had already been eliminated from the Chase. The AAA Texas 500 was utterly dominated -- and this is 312 laps led out of a possible 334 -- by Brad Keselowski, who needed to win it in order to stay alive.

Too bad. After watching Keselowski do the heavy lifting all day, Johnson greased the skids and stole the load.

Keselowski has one more shot this week at Phoenix International Raceway. He's at the helm of a ship in perilous waters. The same is true of Joey Logano, his Penske Racing teammate, and Kurt Busch. Kevin Harvick probably doesn't have to win in order to advance into the Chase's final, title-determining round of four. Harvick has won the past four Sprint Cup races at PIR. He's the man to beat in this one, obviously.

After a controversy-filled, eight-race slugfest in the Chase for the Sprint Cup, it’s finally time for a duel in the desert for the NASCAR gang.

Jeff Gordon has clinched a spot into the four-man battle royale main event next week at Homestead-Miami Speedway. 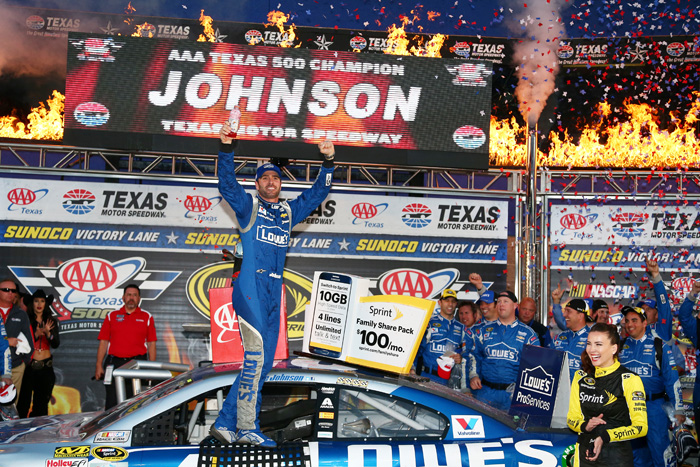 It's not how you start the race -- or run the entire race which matters. It's how you finish.

Nobody's leard the valuable lesson of finishing more than six-time Sprint Cup champion Jimmie Johnson. The driver of the iconic No. 48 for Hendrick Motorsports passed Brad Keselowski late to grab the win in the 500 mile affair at Texas Motor Speedway.

While Keselowski led over 300 laps, Johnson only led 6.

Random thoughts on the NASCAR Sprint Cup Chase, waiting to see how many people – from the garage area into the grandstands – will be unable to handle the pressure of the next three weeks.

Now that there's been a final decision by appeals boards to uphold NASCAR's suspension of Matt Kenseth for two races, what is the public to make of the verdict? Oh, race fans will have an opinion on the Kenseth situation, but many will have a harsh reaction for what he received and what Danica Patrick didn't.

After major disappointment one week ago in Martinsville, former Sprint Cup champion Brad Keselowski needed a hot weekend in the Lone Star State to continue his bid for a second championship. While there wasn't much Keselowski could do to better his Cup chances in Saturday's O'Reilly Auto Parts Challenge -- winning couldn't hurt.

Winning is exactly what Keselowski did. In fact the driver of the No. 22 Discount Tire Ford led 62 laps to grab his second Xfinity career Xfinity win at Texas and his 34th victory overall. 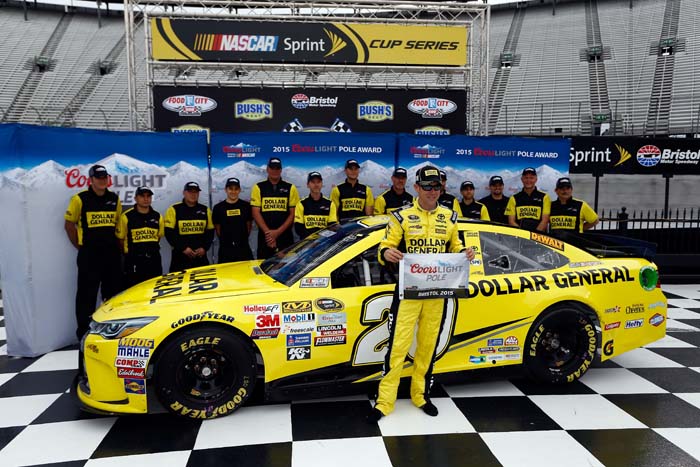 The Nationals Motorsports Appeals Panel has upheld the two-race suspension handed down to Matt Kenseth by NASCAR.

Kenseth was issued a Behavioral Penalty on Nov. 3 when he crashed into Joey Logano at Martinsville Speedway last Sunday. The original penalty also placed Kenseth on NASCAR probation for six months.

Kenseth was issued the penalty based on the following sections in the 2015 NASCAR Rule Book: Sections 12.1 and 12.8. 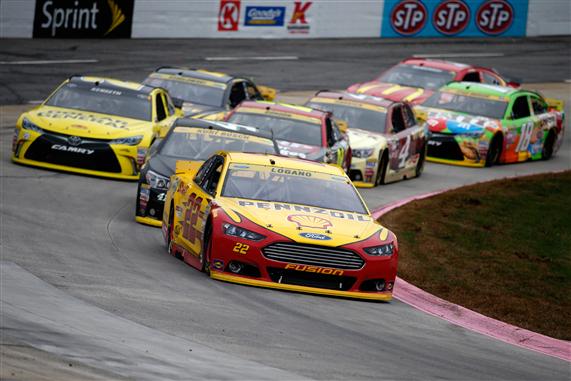 ​The second part of the melodrama unfolded Tuesday evening.

In response to the Martinsville incident, NASCAR officials announced that Kenseth has been suspended for the next two Sprint Cup races and placed on NASCAR probation for a six-month period following issuance of the penalty notice.