Every year when autumn rolls around and NASCAR’s top teams head to Dover, Delaware to race I unfailingly think back to the magical fall of 1991.

Just as resplendent as the forest foliage that year was Harry Gant, an immensely popular driver from Taylorsville, N.C.

Gant won four in a row 24 seasons ago,  and except for the failure of a 10-cent O-ring in his car’s braking system, he almost certainly would have made it five straight.

When news first emerged earlier in the week that Tony Stewart was going to formally announce his retirement, it gave people lots of time to think what they might want to say when ol' Smoke officially told the world.

An old friend, very invested in racing of all types and having worked with Stewart for years, didn't need the time. His initial reaction was dead-on and reminded me why Stewart held a special place with American race fans.

“I really like Tony, with all his foibles, he’s just a damn racer at heart … certainly AJ Foyt’s spiritual son,” he said, showing a picture he took in the early 80’s at Oskaloosa, Iowa after a young Stewart won his first major driving championship (Junior Rookie Class) at the IKF Speedway Grandnationals at Raah Speedway. “I wish that open wheel racing had not become such a low-rent mess when he was in it (and still is by the way). I would have liked to see him win the 500.”

That gritty run to glory will soon end.

During a Wednesday press conference at the sprawling Stewart-Haas Racing shop in Kannapolis, North Carolina, the Indiana native confirmed that he will retire from the top level of NASCAR racing after the 2016 season. Clint Bowyer has been tabbed Stewart as the driver of No. 14 Stewart-Haas Racing Chevrolet.

CP MOTORSPORTS – MONTE DUTTON: THE CHASE IS THE PLACE FOR THE HELPFUL NASCAR FAN

I was thinking about the New Hampshire Motor Speedway race, the Sylvania 300, this morning, and it occurred to me how much the Chase for the Sprint Cup changes everything.

If this had been the race at NHMS earlier in the season, it would have been, Well, you've got to give Kevin Harvick credit because he took a chance in the name of victory. He didn't pull it off, but it was a hell of an effort.

Now, however, it's the Chase. Did he lose his mind? 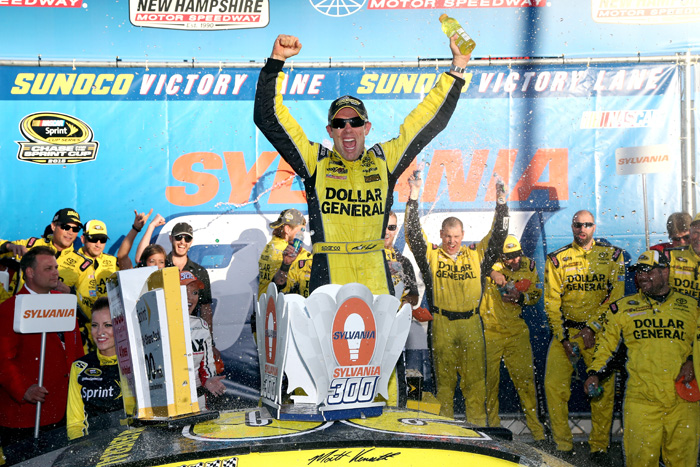 Kevin Harvick entered Sunday's Sylvania 300 at New Hampshire Motor Speedway fresh off the heels of a 42nd place finish and in desperate need of a victory.

But he came just short of reaching victory lane despite leading 216 of the race's 300 laps. In the end it was fuel strategy which robbed Harvick of the victory and allowed Matt Kenseth to capture his fifth checkered flag of the season.

They all "played" at storied Soldier Field in Chicago.

Halas, Butkus, Payton, Sayers and Perry, of course, are among the most famous of the NFL’s legendary Chicago Bears, whose home field is the great arena dating to 1926. 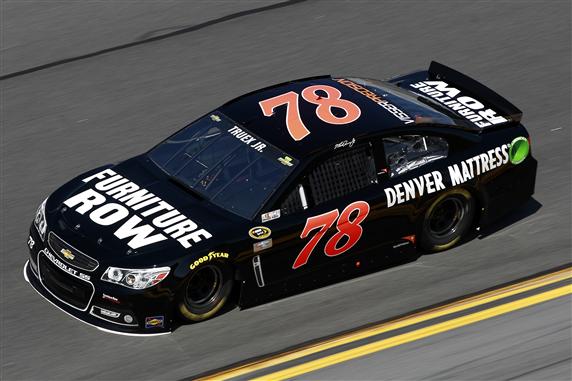 Dave Collins, the regular front-tire changer, suffered an ankle injury on Wednesday during a practice session. He will be replaced by Josh Franko, who has been a backup pit-crew member for Michael Waltrip Racing (MWR).

Random thoughts about the NASCAR Sprint Cup Chase, wondering at what point tempers will be non-existence.