DO WE HAVE A VOICE? by Jeff Wolf

As members of the National Hot Rod Association we need to wrest control of the organization from the fat cats now running it.

Or is that just my opinion?

We have as much input into its decisions as we do with how our government is run. But at least we can vote as Americans.

The cry to unite should be loudest now as NHRA is a month away from
instituting its new points system, which is intended to fix something that isn’t broken.

Time to overthrow the government? 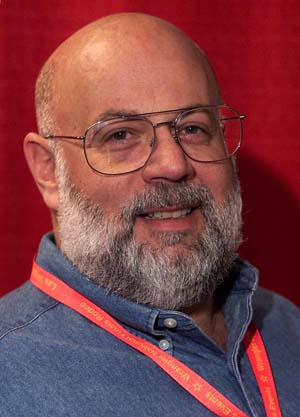 As members of the National Hot Rod Association we need to wrest control of the organization from the fat cats now running it.

Or is that just my opinion?

We have as much input into its decisions as we do with how our government is run. But at least we can vote as Americans.
The cry to unite should be loudest now as NHRA is a month away from
instituting its new points system, which is intended to fix something that isn’t broken.

NHRA president Tom Compton and his board of mis-directors operate as though they own the association. If they do then it doesn’t deserve 501c status from the Internal Revenue Service as a not-for-profit organization.

The PRCA is the caretaker of rodeo in America with around 8,000 members. Like NHRA, the PRCA is driven financially by 5 percent of its members that rely on their respective sports to make a living.
The PRCA also is a 501c corporation, but it doesn’t operate in a vacuum like the drag bosses in Glendora, Calif.

This month PRCA commissioner Troy Ellerman held a “state of the PRCA” gathering with media at the National Finals Rodeo in Las Vegas. DVDs were presented that included a sugar-coated look at what the organization has accomplished, but most importantly included were completed financial statements and reports, and notes from each board meeting.

And unlike NHRA where board members are paid in six-figures for minimal hours of work, the PRCA board members volunteer their services.

And one day before one of the 10 rodeo performances, Ellerman held a
meeting open to its membership. And that rodeo DVD was mailed to each of its 8,000 members.

Why can’t NHRA do that?

We might not be as critical if NHRA seemed to care about someone’s opinion outside the Glendora mothership. It’s disappointing that many NHRA members feel a need to organize an effort to have a say and be informed of future issues facing drag racing like supplies of nitromethane, results of the investigation into the alleged
tire failure that killed Darrell Russell and the importance of keeping
Sportsman categories part of NHRA national events.

The most recent moronic move by the NHRA inner circle is the creation of its championship points system called the Countdown, which will forever more accurately be called the Clown-down.

The Pro Tour is coming off two years of the best championship races in its history. In 2005 it took place in Funny Car and this year it was in Top Fuel when Tony Schumacher had to set a national record along with winning the final race to pass Doug Kalitta. And Schumacher did it.

So the NHRA decides to create a playoff/elimination format. True, all four pro titles will be determined in the Finals at Pomona, which makes it smell like a means for NHRA to pump its tickets sales for the event it owns.

The arrogant odor that spews from the NHRA board (bored?) room could have come up with a much better plan if the drag racing community felt the need to change the current system.

Why not consider a plan that would be a true playoff and combine the
hottest teams from the first 13 races against those from races 14 to 22. Let the Finals, race No. 23, bring back some old school drag racing that would be very TV friendly.

Here’s an alternative plan to the Clowndown:

1. 23-race season divided into two halves with the final race in Pomona run as a regular National event except for the addition of the Championship Match-Race Finals in the five pro categories (Pro Mod added as a professional category)

2. The points leader in each of the five Pro categories advances to the Finals Match-Race Championship format at Pomona

a. Should the same driver in one category win each half title the other Match-Race finalist will be determined by the driver with the combined highest points total from the 22 races

i. 2nd tie-breaker will be most event titles in the year

ii. 3rd tie-breaker will be year’s most No. 1 qualifying spots

iii. 4th and final tie-breaker will best average No. 1 ETs

3. Match-Race Championship (MRC) format at the Pomona Finals is as follows:

a. The MRC will be a best of five (first to win three heads-up races)
will determine the season champions

b. Each MRC contestant will make one qualifying run on Thursday to
determine lane choice for first head-to-head race on Friday

c. Winner Friday gets lane choice for Saturday’s single round

d. On Sunday, the Match-Races could produce one, two or three runs depending on outcome of previous races

i. Under current championship elimination format, fans might only see their favorite driver once if he/she loses in first round

a. Event winner gets 20 bonus points to give event winners greater
advantage in Points Race

b. No bonus for elapsed time points records
Now that’s a logical plan for fixing something that isn’t really broken.
Thanks to Internet sites, concerned drag racing fans and racers can voice opinions. And we know those sites are perused by some NHRA brass. It would seem like the most powerful group of drag racers would be those in the professional categories, but those with major sponsors won’t jeopardize their financial comfort level and those without won’t be outspoken fearing they’ll alienate potential backers.

Maybe the status quo is fine, and the Clowndown isn’t as idiotic as I
believe.

Maybe we should put our trust in NHRA that it will be focused solely on the betterment of the sport and continuing the tradition started by Wally Parks.

Personally, I don’t see anyone wearing NHRA colors that reflect the
commitment to the sport like Wally did.

At Torco’s CompetitionPlus.com we want your opinion and we plan on sharing your position.

We have the privilege to write for a major newspaper and for a major motorsports Web site, but that doesn’t make our opinion better than yours.

You just have to speak out ... against NHRA or me.

Jeff Wolf is a reporter for the Las Vegas Review-Journal and his weekly motor sports column is published Fridays at LVRJ.com.