I was going to write about what a great and dramatic start this has been to the 2007 drag racing season.

I was going to say a bit about the drama of the finish of last year in Pomona and about the excitement of John Force and Ashley Force fighting for a qualifying spot in the first race of this year.

I was going to write something about the great turnout at the Torco’s CompetionPlus.com Eastern Spring Testing Nationals at South Georgia Motorsports Park.

In addition, I was going to talk about the first IHRA event in San Antonio and how the IHRA made a brave decision to turn the event into an eighth-mile national event. 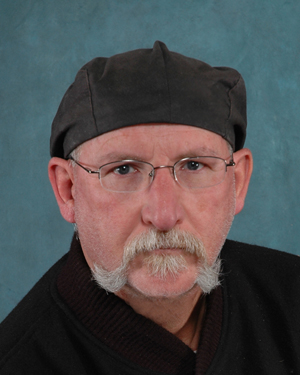 I was going to write about what a great and dramatic start this has been to the 2007 drag racing season.

I was going to say a bit about the drama of the finish of last year in Pomona and about the excitement of John Force and Ashley Force fighting for a qualifying spot in the first race of this year.

I was going to write something about the great turnout at the Torco’s CompetionPlus.com Eastern Spring Testing Nationals at South Georgia Motorsports Park.

In addition, I was going to talk about the first IHRA event in San Antonio and how the IHRA made a brave decision to turn the event into an eighth-mile national event.

Then the tragic news of Eric Medlen’s death seemed to put a stop to all the good things I wanted to write about. It seemed as if we wanted the world to stop and give us time to come to grips with such an awful thing. Time to grieve is what we needed. But you know what? I didn’t know Eric as a friend but as a racer and competitor. I didn’t have the honor to be able to spend time with him goofing around and having fun away from the track. But I think he would tell us to spend the time we need for grieving, but then he would tell us to get on with our lives. I think he would tell us to get on with drag racing. And we are going to do just that. Just like I think he would say. Drag racing will be much different without Eric, but we will continue on. Personally there will be a hole in my drag racing heart for Eric but the memory of his character and big smile will eventually fill that hole.

So out of respect for what I feel Eric would want us to do, I am going to talk about what has been a great start for drag racing in 2007.

The first couple of events for me were on the West Coast, and I ended up flying to those and not driving to the events in my almost constant companion, Rodney the Astro Van. But after Pomona and Phoenix, I was able to drive to the next events in Valdosta, Ga., then to NHRA in Gainesville and the season opener for the IHRA in San Antonio. We ended the 2006 season with 300,000 miles on the van and as we pulled into the track in San Antonio, the odometer had topped 310,000 already. But we got there and the race began.

Well, the race began and then was almost stopped. The track was actually coming apart in the right lane from the eighth-mile to the finish line.

What happened next is historic in its scope. The folks at IHRA had the guts and foresight to do something that I don’t believe would have even occurred to most everyone else.

The weekend turned out to be an outstanding success. Except for a few of the teams and spectators, it really made no difference. The racing was just as exciting and the joy of winning was just as pure. Once you get over the eighth-mile-quarter-mile debate, drag racing is drag racing. 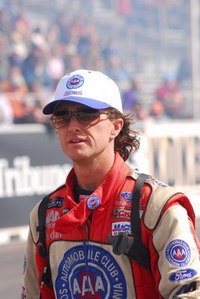 I have been covering the ADRL since its inception four years ago and I don’t even think in terms of eighth or quarter-mile anymore. I also was present for the eighth-mile Top Fuel race in Huntsville, Alabama, and for me it was just as exciting as any drag race. The fuel cars ran nearly 280 mph in the eighth and the ground-pounding launch was just as unbelievable. You still felt it in your bones.

When you look at most tracks, only a few have any seating at the finish line. Most have the seating extending to about the eighth-mile marker. It almost becomes Arena Drag Racing. Not only do you have a great view of the start line, you can tell what is happening at the finish line. I do not know how the other classes seem to approach driving the eighth-mile, but in the Pro Modified class, it seems they drive at it harder. If the car is a bit out of shape, the driver seems to know he cannot make it to the quarter-mile finish line so will let up. But while running the eighth-mile, the driver must feel he or she can make it to the finish line while a bit out of shape, because to me they don’t seem to let up as often. I think it actually make a more exciting race for the fans.

Running an eighth-mile race is the immediate fix to the fuel car tire issue. The vast majority of tire incidents happen around the thousand-foot mark at speeds approaching 330 mph. Clicking the motor off at the eighth-mile (280 mph) solves the issue immediately. Surely the folks at Goodyear are doing everything they can to make a tire that is safe at the current performance levels. BUT, what if the laws of physics have been reached and it is just not possible/feasible to make a safe tire? Sometimes there are limits that really can’t be overcome, at least not at this time.

If drag racing just mandated that from now on all races will be run on an eighth-mile track, you would hear an uproar that would be unbelievable. But you know what? We would still come out and race and watch and bitch and in two years time it would be normal and we would all be happy again. We will always drag race. That is just the way it is.

The side benefit is that all national records would get to be reset and at the end of the season, one of the racers will win the national title because of the 20 points they earned for the record and it will be worth it. And Bernstein will get a chance to be the first at 300 mph (in the eighth) again.

Between the San Antonio race and the Houston race, I am letting Rodney take a bit of a break. I did not ask him to ride me back to South Carolina and then back to Houston. Instead, he drove me to Austin, Texas for a three-day mini vacation with a nephew of my oft-time traveling buddy, Brian Wood. You need to come to Austin. It is cool here. Our host here in Austin, whose name is also Bryan – Bryan Austin, as a matter of fact - treated us to superb hospitality and the run of his large home. Bryan is in the music industry here in Austin. He has a recording studio as part of his home and produces albums for the folks here. He also is an outstanding musician. He plays almost any instrument but is a master on the drums. He and his band, Ivison, ( www.ivison.net ) make the rounds of the Austin clubs when they can fit it in. Come to Austin to hear them. It is worth the effort.

As part of the tour of his town, he took us to a restaurant that overlooks Lake Travis, Oasis Sunset Restaurant, just outside Austin for dinner. WOW, what a view! Sitting on the open terrace, sipping drinks and watching the sunset behind the low hills around the lake. If it were a commercial on TV, it would say, “It don’t get no better than this.”

But it does get better. After dinner and a sunset, we went to the bowels of Austin and the music district to Antones. Antones is the historic center of blues in Austin. We got there a bit early and were the only people in the place until the band started to play. I love blues and jazz music. That is what I keep my satellite radio tuned to during my travels. I was in heaven.

There on the stage was Roscoe Beck on bass, Tommy Taylor on drums and Derek O’Neal on lead. I forget who was on keyboard, and I am sorry for that. They played a couple of tunes and then Mr. Energy, Malford Milligan brought his unique voice and moves to the stage. For the next hour, it really couldn’t have gotten any better. You need to go to Antones in Austin on Tuesday Blues night. Check out these websites: www.antones.net , www.malfordmilligan.com

There for a few hours in blues heaven I almost forgot about drag racing and Eric. I hope he was watching and thinking. “There ya go. Get on with your life”

God Speed Eric, we are going to have a great year and we hope you enjoy every minute of it as you watch us.