ARE YOU POSITIVE? by Ken Owen

Most people accept the idea that stress and depression eat away at the body’s natural ability to fight off disease, but many medical scientists have remained skeptical over the years that the mind can actually exert a direct influence over the immune system.

In recent years, however, evidence has suggested that psychology can indeed affect biology. 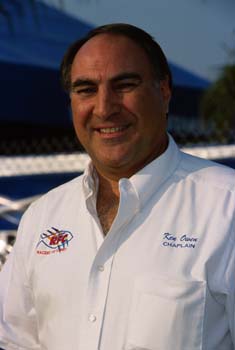 Most people accept the idea that stress and depression eat away at the body’s natural ability to fight off disease, but many medical scientists have remained skeptical over the years that the mind can actually exert a direct influence over the immune system.

In recent years, however, evidence has suggested that psychology can indeed affect biology.

Researchers at the University of Wisconsin reported recently that the activation of brain regions associated with negative emotions appears to weaken our immune response to a flu vaccine.

According to Dr. Richard Davidson, director of the university’s Laboratory for Affective Neuroscience and a senior author of the report, this is the first time that the brain has really been the focus of such a study.

During a task that required experiencing negative emotions, greater electrical activity in the brain’s right prefrontal cortex predicted a weaker immune response six months later, as measured by the subject’s level of antibodies to the flu shot. Researchers also discovered that greater activation in the left prefrontal cortex was associated with a stronger immune response.

In earlier work, Dr. Davidson and his colleagues found that regions of the right prefrontal cortex are active during emotional responses involving anger, fear and sadness. The left prefrontal cortex appears to be more active in association with positive emotions, such as feelings of enthusiasm and happiness, according to the research.

Further support was given by Dr. Janice Kiecolt-Glaser, a professor of psychiatry at Ohio Sate University College of Medicine and an expert on stress and immunity, who commented that this is some of the best evidence to be seen so far.

In the study, 52 adults were asked to think and write about extremely positive and negative events in their lives. The participants were then given a flu vaccine.

Six months later the researchers found that the subjects who showed the most activity in the brain’s right prefrontal cortex also had the lowest antibodies remaining in their system. Brain activation during the positive emotions condition was not linked to differences in antibody levels.

In other words, those who experienced negative or painful emotions also evidenced a weakened immune system. Those who concentrated on more positive experiences did not have such a weakened condition.


So, how does this make a race car go faster? It doesn’t. But it does say a lot about the people who build, tune and drive those race cars.

As you might have guessed by now, my favorite book, the Bible, addresses this very issue as well (and pre-dates Dr. Davidson’s research by a few thousand years, I might add).

One such example is from Proverbs 17:22, which says “A cheerful heart is like a good medicine, but a crushed spirit dries up the bones.”

I would imagine that the sport of drag racing provides more opportunities for negative thoughts and responses than positive ones (that seems to be the nature of such a highly-competitive endeavor), but perhaps it would be wise for more of us to have greater left prefrontal cortex awareness in our lives. But then again, I’m sure most racing publications over the years have addressed that issue ad-nauseam. Okay, perhaps not.

The human body was created with amazing qualities and built-in capabilities. And, to a large extent, you and I can control many of those capabilities by the choices we make and the things on which we choose to focus in life.

Become more aggressive in this regard. Protect your thought life, and enhance your health by concentrating on the more positive and wholesome things in life. And, yes, I would even challenge you to search for the more positive aspects within racing.

Drag racers may not turn left very well, but perhaps it is time for all of us to be more left-brain oriented, as we activate those neurological responses that can actually increase our health.

So if you are not sure what things you should think about in order to increase those positive, health-provoking responses, I invite you to attend our Racers For Christ chapel services. That’s where we gather together and talk about things that stimulate the left prefrontal cortex. And it might even strengthen your soul in the process. Of that I am positive.