BOBBY BENNETT: THAT GOOSE, HE SURE WAS A MAVERICK

It was 4 AM in Australia, about 2 hours before I was to get out of bed and prepare for a long 14-hour flight across the Pacific ocean. Why in the world would legendary starter Larry Sutton be calling me out of the blue?

Instead of taking the call, I texted back.

"Larry, can I call you back later? In Australia, trying to stretch out two hours of sleep." - Bobby

Larry didn't know, he was doing what friends do. If you have to hear bad news, it should come from a friend. Typically it's something one of my other dear friends did from time to time.

If it had been Tom McEwen I would have known what to expect.

Every time I looked on the Caller ID on my phone and saw T. McEwen and the 714 area code, I knew one of two things was going to happen.

Either it was, "We've lost another one, kid" or "Just calling to check on you, kid."

Understand there was nothing I did to be privy to these kinds of "Goose" calls, other than calling him a dear friend.

On Tuesday morning, June 12, at 4 AM in a cold hotel room in Brisbane, I realized my "Goose" call came from Larry. The emotions are rampant. I feel honored to have been ushered into his inner-circle and likewise devastated to know the circle has been broken.

I always used to laugh and joke with the Goose, whose gruff exterior to strangers once made him the butt of jokes. He always said, "I don't mean any harm, just a little fun, ya know."

My favorite proclamation to the Goose was, "You know I was always a Don Prudhomme fan until I had to interview him as a cub reporter, then I became your fan. Then Prudhomme retired, and I like him a lot better. Maybe better than you." 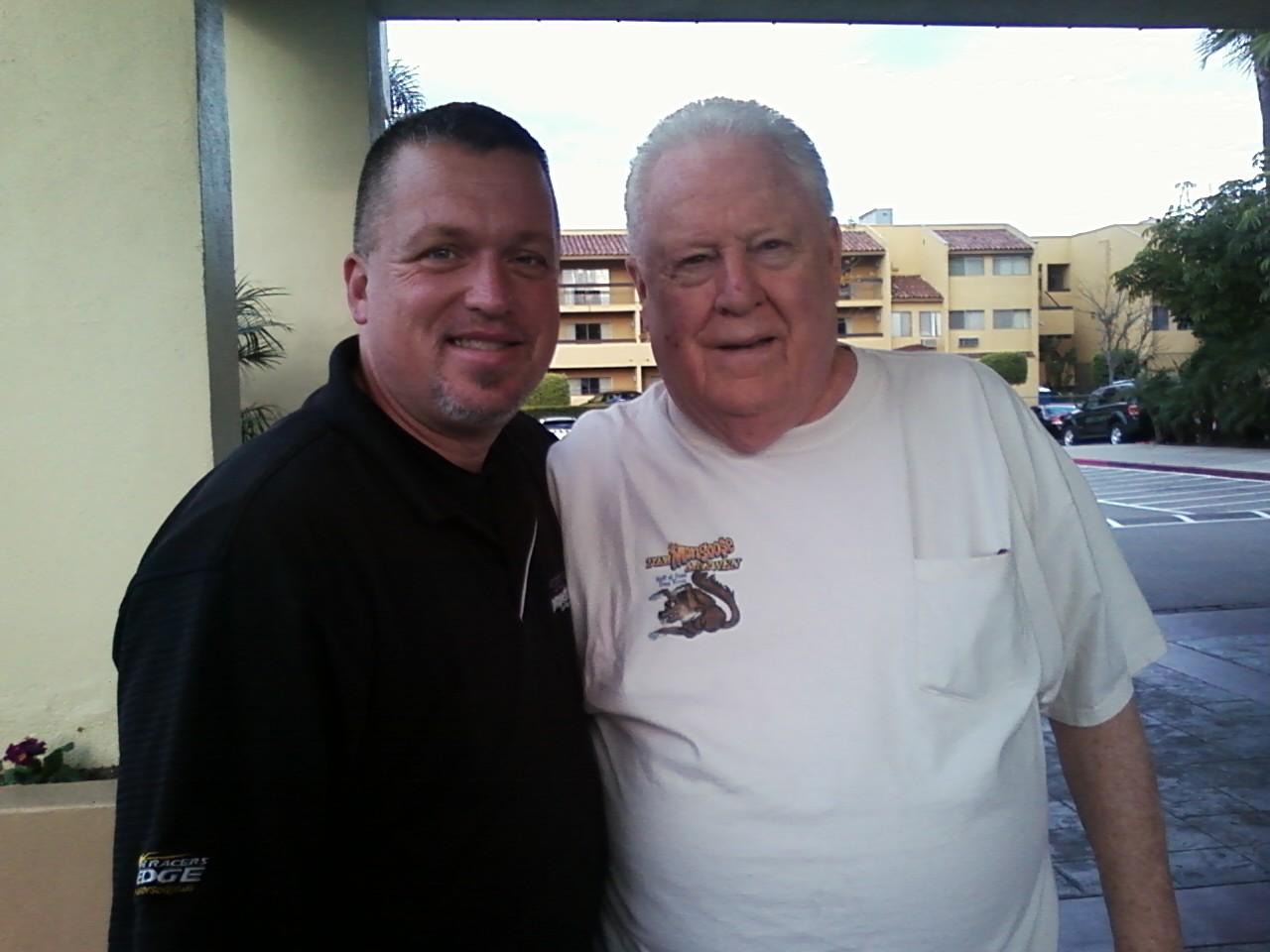 Goose laughed with and always squinted his eyes, the guffaw was a cross between a chuckle and a cackle. For some reason, he always laughed around me.

I first met the Goose professionally in the late 1980s as a rookie reporter with Super Stock & Drag Illustrated magazine; scoring my first full feature in 1991 when he drove for Jack Clark.

Goose soon retired and went off and did his thing. We reconnected sometime later, and it was as if we had known each other back to the days of Lions Dragway.

Goose, as I said, had that gruff exterior, but when he loved you; you were indeed loved.

We spent many hours in communication over the perils of child-rearing and the importance of unconditional love and the challenge of tough love. And when it was said and done, the determination was no matter how bad we needed to exhibit the latter; the former was always the best recourse.

Lord knows, never give the Goose any ammo to needle you because you would walk away from the session feeling every bit like a voodoo doll.

Ever watch the Legends: The Series episode I did with him? It was some of his most exceptional work; no not the interview, the needlework.

I had been having technical difficulties of sorts, and then Goose sprung into action telling the story of how the makers of the Snake and Mongoose movie could change an era in just minutes, if not seconds with their exquisite sets.

He then looked at me, and my Mickey Mouse set-up, and said, "And then there's this." 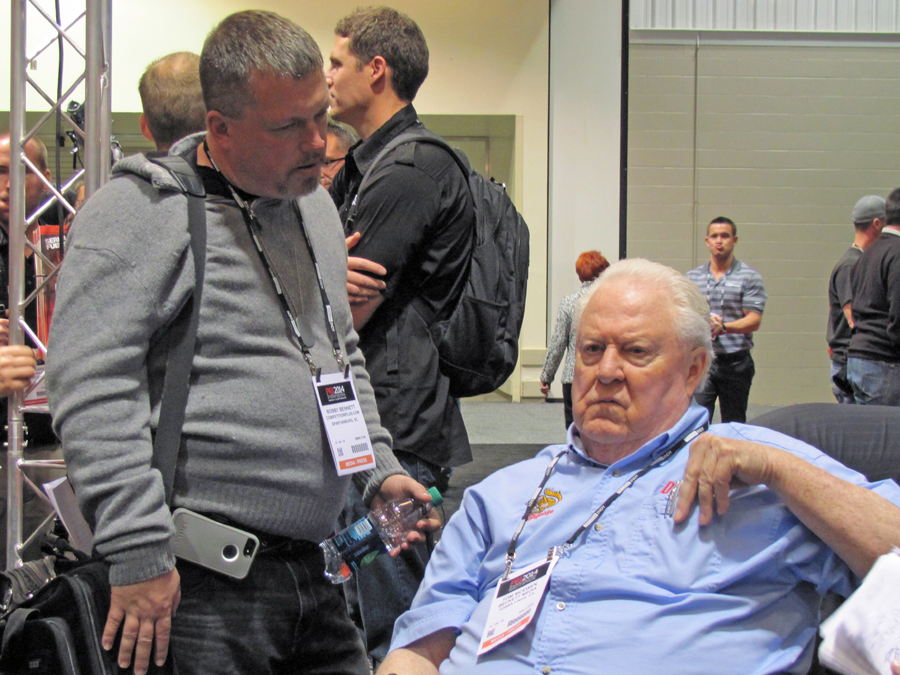 Goose didn't mean any harm, as he settled in and poured out his heart before the camera as a person whose passion for the sport was impeccable, and whose regrets ran deep.

Goose was like a Mother Hen of sorts, and yes, I understand the visual is about as sordid as it gets, but that was just him.

"Hey kid, I have some hot news for you. Give me a call so that you can have the hottest explosive news before anyone else has it. You can run with it."

Of course, I didn't have the heart to tell him the juicy tidbit was on CompetitionPlus.com eight hours earlier.

I always told him, "Thanks Goose, for being my friend."

I just smile as I think back on those intactions we had at various functions. It was like a code of honor to save him a seat at the table at lunch during the MPMC conference we attended annually. Now, I think the fellas we shared the table with will have no problem whatsoever leaving an empty space for our friend.

I knew the day was going to come, but hoped it wouldn't. 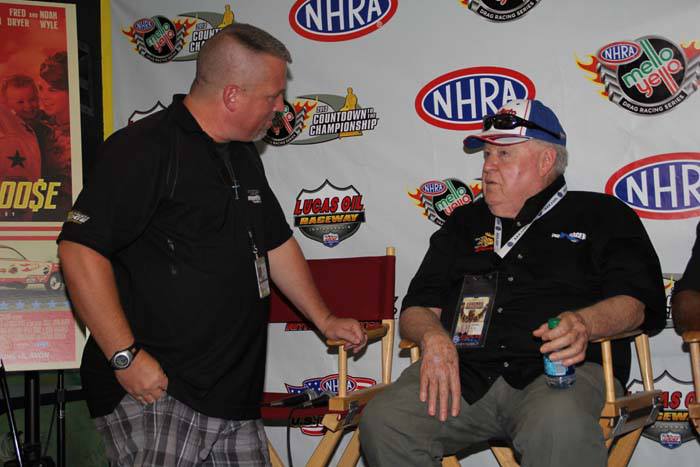 I could sit here and wow you with accomplishments on the strip, and tell you the stories of how he was no altar boy back in the day, but then again few were.

Instead, I prefer to share these stories about the heart of the man I came to know so well in the latter years of his life. You know, those years when there weren't planes to catch and bills to pay.

I have three voicemails from him I saved I will still listen to from time to time when I need my Goose fix.

I'm also traveling with the reality I shared some of the best moments of my life with a man who genuinely cared underneath that crabby exterior.

He was the Goose, my friend and I already miss him like you cannot imagine.