In a word, this season was all about Bakersfield. A local car club created an offseason event to bring Don Garlits to the West Coast for the first time, hoping to have some fun, kick his Eastern ass, maybe even add a few coins to the club treasury, if a few thousand folks were willing to brave winter weather. What the Smokers got was probably the biggest drag-race crowd to date, anywhere: some 31,000 on Sunday alone, guesstimated Drag News (though the paid percentage was low, due to club members being overwhelmed by gatecrashers). What fuel racers got was justification for burning nitro in defiance of the gas-only mandate still holding strong at major independent California tracks and NHRA-sanctioned strips nationwide. What fans got was the best open-wheel battle ever waged, even though Garlits was not a factor, blowing up his backup engine while pushing down for Round One (allowing Donnie Hampton a historic solo advancement)

The “first-round runnerup’s” season soon got a whole lot better—and Garlits consequently got a whole column of its own, last time (see previous Drag Rags). Now, let's go back to 1959’s start to see how other major players, and the sport itself, progressed during this pivotal year.

Because no major NHRA, AHRA, or NASCAR winter meet yet existed, the independent United States Fuel & Gas Championship, produced by Bakersfield’s small Smokers car club, effectively launched the racing season on February 28 and March 1. While NHRA’s officials were officially absent, its spies included the Petersen Publishing Co. photographers whose editorial director was none other than Wally Parks, also Hot Rod’s editor and the sanctioning body’s leader.

Were such a well-publicized event to flop for any reason—whether bad weather, a failure to draw the few out-of-state racers still burning fuel, organizational hassles, insufficient attendance to cover generous purses plus Garlits's unprecedented $2000 cash guarantee, or some fatal combination thereof—Wally Parks and the country's other pump-gas proponents would've been gifted undeniable proof of their contention that "liquid horsepower" was just an expensive, explosive, obsolete luxury demanded by only the hardest of hardcore enthusiasts.

Instead, nitro-starved fans flocked to remote Famoso Drag Strip in numbers not approached even by the gas-only National Drag Championships, NHRA's one national event. Collectively, those tens of thousands of nitro junkies pounded the biggest nail yet into prohibition's coffin. While NHRA would extend enforcement for four more seasons—during which Petersen publications overseen by editorial director Parks continued to ignore this and other "outlaw" events not restricted to gasoline—the beginning of the end of the ban is traceable to one weekend in March 1959. Next time a big load of nitromethane makes our eyes cry, our noses run, our throats burn, and our faces grin madly, let's all give thanks to the Smokers of Bakersfield. 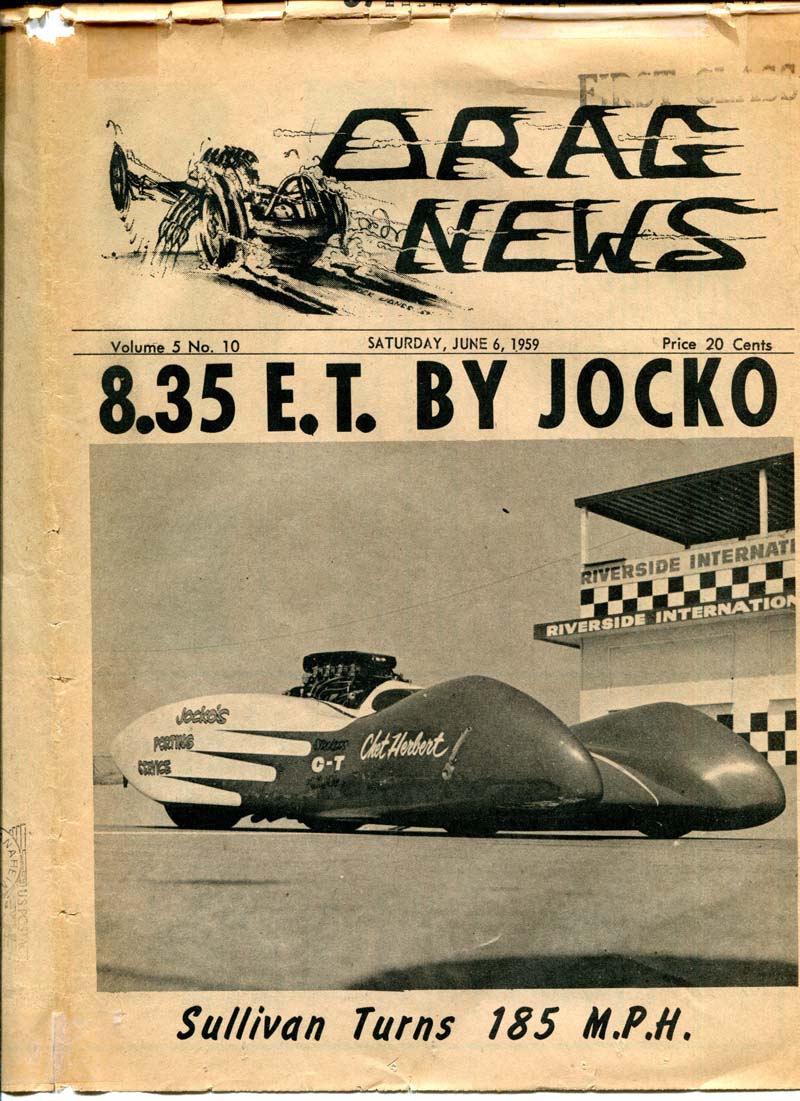