Hello again, Race Fans!  I found myself with another opportunity to
highjack the Geezer’s column.  Since my first introduction into drag
racing at the 2007 IHRA World Finals in Rockingham, NC, I’ve been able
to attend a few other IHRA and NHRA events.  However, I haven’t been
able to get my schedule to jibe with that of the ADRL.  With big thanks
to the McDonald family, that streak ended and I was able to hitch a
ride with them to the Hardee’s Independence Drags in Topeka, KS where I
was able to attend my first ADRL race, witness Bennie Mac’s return
after his stroke, and take part in the racing weekend alongside a true
racing family.

FROM THE GRANDSTANDS: TWO TRACK OWNERS WHO GET IT

We all love walking into a race track where the owners 'get it'.

'It' is an intangible, which separates the great from the good.
It also helps many consumers chose to frequent a business based off of
one simple criteria, am I comfortable spending my money here?

There are two families, the Bader and Bandimere families, who understand what “it” is and it shows in their facilities.

Bill Bader Sr. and his family have been providing racers and fans with
The Norwalk Experience since April 1974.  Their goal is simple, to
ensure a positive experience for both the racer and the fans.  They
accomplish this by staying true to their mission statement of providing
a customer service driven, customer friendly facility that makes good
sense and focuses on value.

FROM THE GRANDSTANDS: HONORING THE BIG DADDIES

There’s no doubt the most recognizable nick-name in drag racing is “Big Daddy”.

Case in point, when the NHRA announced their  top 50 drag racers of all
time, as voted on by the media,  Don “Big Daddy” Garlits took the top
prize largely on the basis of his valuable contributions to the sport
and secondly because of his success in winning 144 major drag racing
events and a score of world championships.

I was introduced to drag racing by a Big Daddy whose first name
ironically was also Don. This Don didn’t race a Top Fuel car and didn’t
shave his beard at the 1967 US Nationals. In actuality, I looked up to
this Big Daddy Don from San Jacinto, CA more than the iconic drag racer
from Ocala, FA.

This Don is Don Charlet, Jr., my father.

SHIRLEY SAYS: ON DRIVERS AND DRIVING

I’ve had a truly wonderful driving career, and even if I could go back and change a few things, I doubt if I would.  It’s not that I’ve

gotten
philosophical as the years have gone by, but I guess that when you get
right down to it, you live your life the best you can, and take the
good times with the bad.

Everyone’s heard the stories of how difficult it was for me to become a
driver, so I won’t bother repeating those yet again.  I will admit,
however, that I do appreciate it when women drivers acknowledge me as
having paved the way for them.  I’d love to say that I’m glad I did it,
but in all honesty, when I was going through it I never considered the
long term picture.  You never see yourself as a “pioneer,” and that
certainly wasn’t my intention at the time.  All I wanted to do was
drive a race car without being hassled because I was a woman.  Now,
looking back on it all, I’m glad that I went through all of the crap
just so today’s women drivers don’t have to.  Well, maybe “glad” wasn’t
the right word.  I went through it so others don’t have to, but from
the conversations I’ve had with some of the younger drivers out there I
get the feeling that some of them have been subjected to additional
scrutiny just because they’re girls.

FROM THE GRANDSTANDS: GIVE ME THE OLD SCHOOL

Everyone loves a good “old” story. A story where age and experience
triumph over youth and exuberance. A story which exposes the

richness of the foundation upon which the dreams of tomorrow were built.

How could anyone not be impressed when a seventy-something Chris Karamesines holds his own against a Del Cox Jr. in Top Fuel?

Who doesn't cheer loudly when Warren Johnson puts it to the younger
competition,  when the seasoned Pro Stock driver goes through the
gearbox quicker than a hot knife through butter?

We all love when battle-worn veterans, dragging decades of experience
down the quarter-mile, break out the win light. And, the victory is all
the sweeter when it's old school whipping up on new school. When
yesterday's mousetrap proves as effective as today's fancier version.

I have always loved drag racing.  There’s nothing else like it.  It’s
the only thing I know of in which all of your senses come into play in

just a few seconds.  Of course, when I started driving the cars were a
lot slower than they are today, but it’s all relative, isn’t it?

From the second you strap on that helmet you step into another world.
You’re still aware of everything around you, but at the same time it’s
kind of like you’re in some kind of isolation booth.  Your crew can be
talking to you, and even though you can hear what they’re saying, their
voices seem to come from far away.  As you sit there, strapped into the
car waiting to run, you can look out and see the fans, but it becomes
just a mass of colors.  And even though your crew might be running all
around the car after the engine fires, it’s just you and that car.  You
become one.

I won’t describe what a run is like because everyone who’s ever been
down the track knows the feeling, and it doesn’t matter if you were
driving a 15 second Stocker or a Top Fuel dragster.  Like I said
earlier, it’s all relative, isn’t it?

FROM THE GRANDSTANDS: OF WHISKEY, ICE CREAM AND SOURED STOMACHS

The relationships drag racing fans have with their favorite drivers is quite unique.

We have our favorite classes, our favorite auto manufacturers and even
our favorite sponsors. We cheer for our favorite drivers, and when
something tragic happens to them, we take it hard, very hard and when
we do, we can cause others to question our sanity.

Have you ever had ice cream and a shot of whiskey at the same time?

Under normal circumstances the combination of these two temptations
would create a sour stomach, but the feelings of this particular day
were not about how a mid section was about to feel. It was done to
remember a few friends and heal a deep wound.

FROM THE GRANDSTANDS: CAN SOMEONE PLEASE TELL ME WHY?

For 30 years I have been a member of the ‘Church of Drag Racing’. 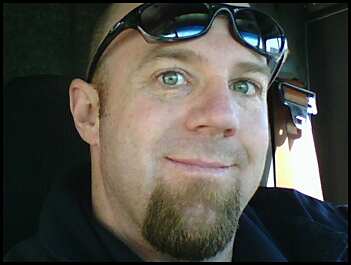 We
passed through Ash Wednesday about a week ago, which in the Christian
calendar is the beginning of Lent. Traditionally, Lent is a time of
soul-searching and repentance. It is a period (40 days for most
religious groups) for reflection and taking stock in ones life.

Even though I, along with my friend John Rogers decided to give up
donuts (for John) and chocolate (for Timmah) for Lent, I feel like it
may be time for me to make a few sacrifices to the church of drag
racing as well.

FROM THE GRANDSTANDS: KICK THE TIRES AND LIGHT THE FIRES?

One of my favorite parts of working on the starting line at the Mile
High Nationals is when "race master" Gary Ross stands between the first
pair of Top Fuel dragsters on a bright Sunday morning, looks at both
crew chiefs and says, "Are you guys ready? Okay guys...fire 'em up!"

I get chills thinking about it. If you love NHRA drag racing like I do,
I'm sure you just got goose bumps, too. Traditionally, I get those same
feelings as the season opens up in Pomona, Calif.

However, as the 2009 NHRA Full Throttle Drag Racing Series begins, for
some strange reason, I just do not have that same level of excitement
and anticipation that I have had for the past 30 years.

Am I the only one who feels this way?

AS WE SEE IT - TIME TO COUNT RECORDS

With the season-opening
NHRA Winternationals about to begin it’s time for the NHRA to stop considering the records and points situation and make the
changes necessary to level the
playing field for every professional competitor.
First, for those of you
who are still complaining about 1,000 foot drag racing, please note that our
sources within the NHRA have told us numerous times that they are continuing to
investigate ways of slowing the cars and returning to full quarter mile
racing.  The organization wants
that, the fans and media certainly want it and, under the right, safe
circumstances, so do the majority of the
competitors.  The problem is
in putting together a reasonable plan that will result in safe competition
without putting a severe dent in the pockets of the team owners.  Despite the announcement that all of
this year’s races will be run to 1,000 feet, give the NHRA a break, and assume
that we’ll return to full quarter mile racing as soon as possible, and let’s
further hope that’s at the Winternationals in 2010.