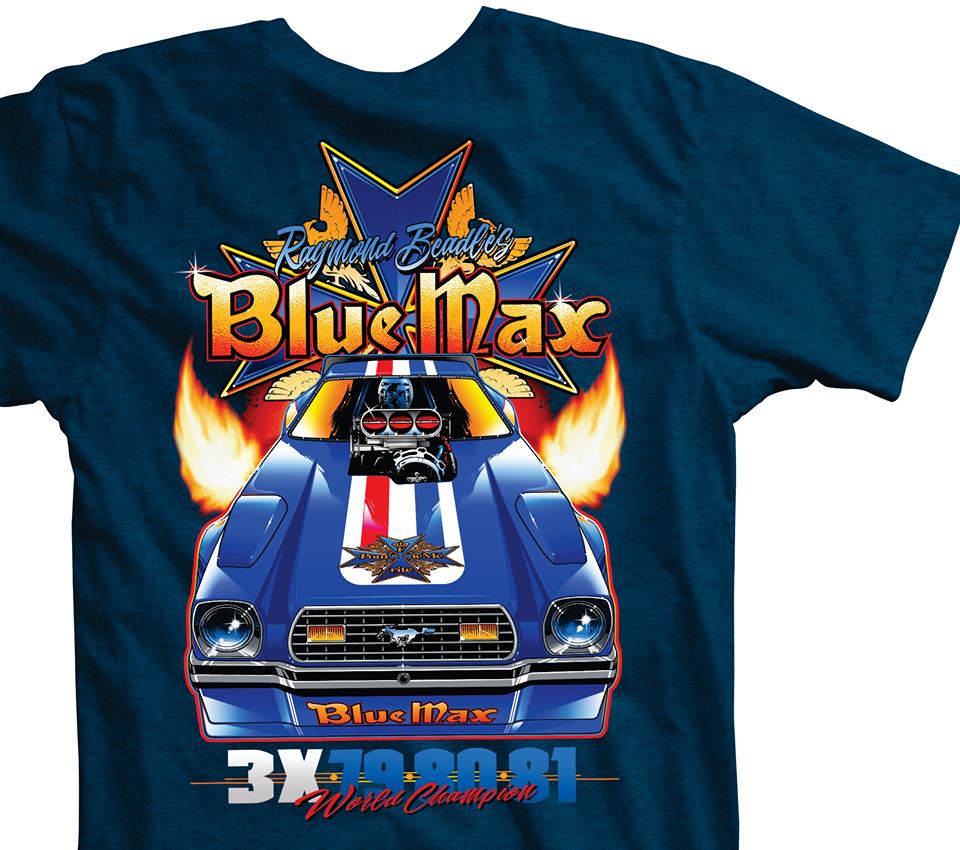 This month Red Line Shirt Club honors the one and only Raymond Beadle and his iconic Blue Max Funny Car. Featured on the shirt is Beadle's first car without his famed partner Harry Schmidt, which was a 1977 Mustang II.

Beadle won the NHRA championship in 1979 with two wins in five finals against Tom Hoover, Gary Burgin, Billy Meyer, a young John Force, and Jim Dunn. In 1980, he won in Columbus, Denver, and Seattle, was runner-up in Gainesville and Ontario, and defended the championship.

In 1981, he won the title a third time, and the Blue Max, now a Plymouth Horizon, reached the final four times and won the biggest race again, the U.S. Nationals. Beadle drove a Ford EXP bodied flopper in 1982 and went after a fourth straight championship, but slipped to fifth in the points standings by year's end.

In 1983, Beadle won just once, at the Springnationals, and in 1984, he scored back-to-back wins, in Englishtown and Denver, with another blue Mustang. Beadle put veteran driver "Lil' John" Lombardo in his red and blue Schlitz Blue Max in 1985, and Lombardo won the U.S. Nationals, defeating Dale Pulde's Miller High Life Buick Regal and giving Beadle his last great win.

You can get this shirt by going to www.RedLineShirtClub.com and clicking on "Join the Club."