GET THE NEW DON PRUDHOMME AUTOBIOGRAPHY 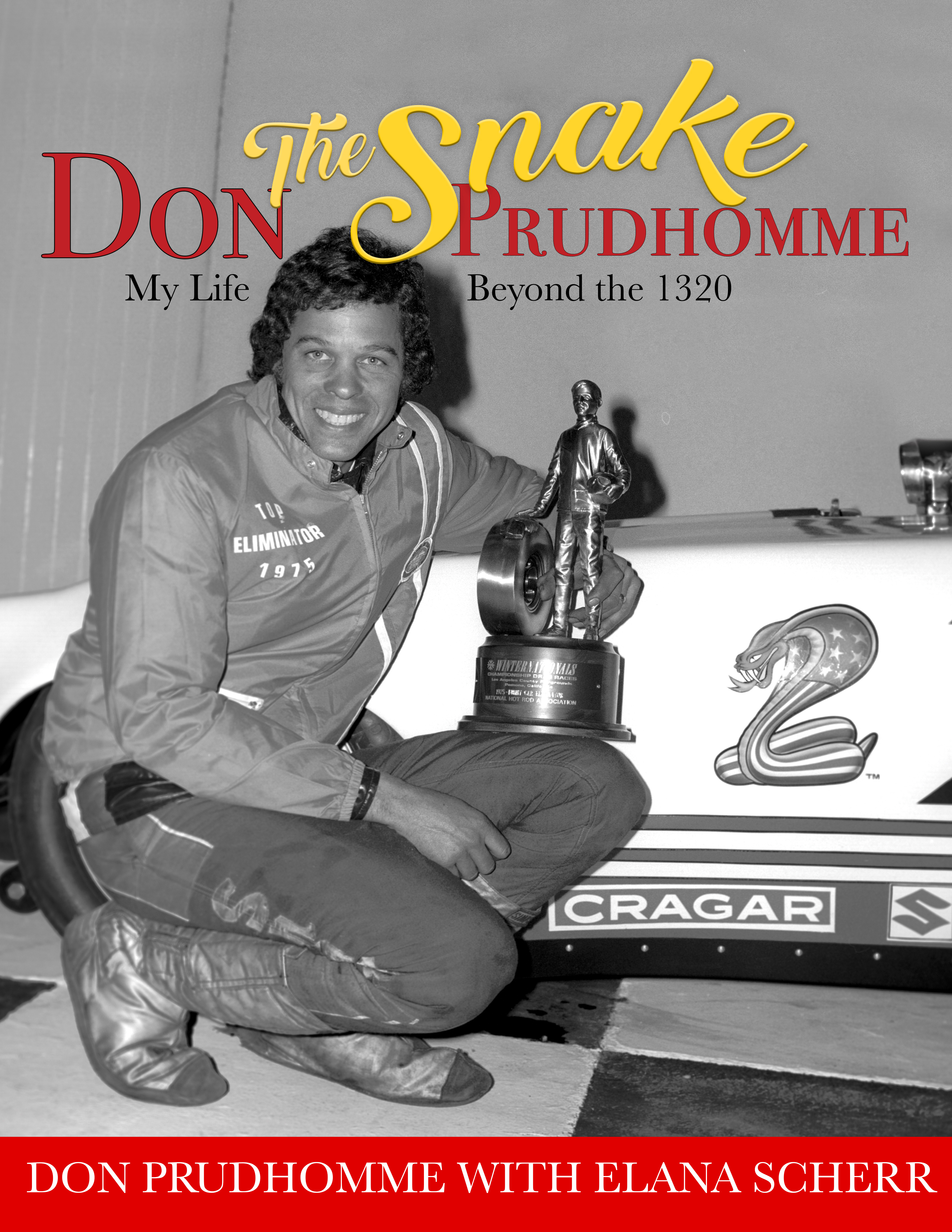 There are American icons that when you hear their name you are transported to a place or a memory immediately returns or your senses are overwhelmed with nostalgia. Don “The Snake” Prudhomme is one of those legends. In his recently released autobiography Don "The Snake" Prudhomme: My Life Beyond the 1320, available now from CarTech Books Prudhomme talks not about elapsed times or winner’s circles but about the journey from a broken home in the San Fernando Valley to pit areas and garages across the country to the heights of the sport both on the track and in the boardroom. His story is an American folk tale that crisscrosses tens of thousands of highway miles and brings him together with celebrities, sports legends, and racing fans of every age.

“I have had a very good life on and off the track,” said Prudhomme. “I wanted to tell my story and hope that some kid out there would read it and see that you can overcome a lot of obstacles and follow your dream. I accomplished more than I ever thought I could and I made more friends than I can count. There were a lot of good times and some really hard times. This book has it all and I appreciate the chance to tell my story.”

The book chronicles his rise from being a high school drop-out who was painting cars to a respected Top Fuel dragster driver and successful businessman. There are countless stories from his cross country tours with Tommy Ivo and "The Hawaiian" Roland Leong, racing all the legends from "Big Daddy" Don Garlits to "The Golden Greek" [Chris] Karamesines.

Hear directly from Prudhomme how he met Tom McEwen and recall how they became the Snake and the Mongoose, leading to a career in Funny Cars that netted him four championships in a row. The thrill of first wins and owning his own teams but also the struggles of bad seasons, crashes and fires, broken parts, and broken contracts are all laid out with Prudhomme’s unique storytelling skill.

Prudhomme is a true legend of the sport who concluded his 47th year in drag racing in 2009, his 15th season as an owner after logging 32 seasons behind the wheel as one of the sport’s elite drivers.

Snake’s remarkable driving career began in 1962 with his first Top Fuel victory at “Smokers March Meet” in Bakersfield, Calif., before ending with 49 NHRA career victories – the sixth most in NHRA history – following his farewell “Final Strike Tour” in 1994.  For his career, Prudhomme reached the finals 68 times, posting a remarkable 35 wins in 45 Funny Car finals (.777 win percentage) and 14 wins in 23 Top Fuel finals rounds (.609 win percentage). Overall, he won 389 of 589 rounds of competition for a .660 winning percentage.

Books can be ordered directly from CarTech Books, Amazon, or Snake Racing. - CLICK HERE TO PURCHASE