HEAD WEIGHS IN ON 24 RACES 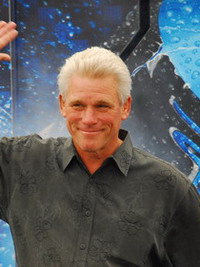 the NHRA could do a better job of announcing the schedule in advance so teams could prepare financially for the extra burden.

“They announce the schedule in September at the U.S. Nationals after every contract in the pits has been signed,” Head said. “It’s crazy. They know the schedule now and I’m sure a few of my esteemed competitors do too. But I don’t and the vast majority of the teams don’t either.”

Rumors suggest a third Pomona event, but two venues that appear to be gaining steam are a return to Columbus, Ohio, and Epping, NH.

“We don’t need another race,” Head said. “There’s not enough money to run a 23-race schedule – well, maybe three teams. The rest of the teams are dying -- all of them to different degrees. You die as a function of the number of races you run.

“I only ran 16-races last year. I am dying big this year because I’ve run every one of them. If they cut this thing back to 15 races, I could afford to race again.”

Head is once again questioning his existence in the sport – as an independent, no doubt.

“At what point does the quality of your life go completely in the toilet?” Head asked. “It’s like what am I doing? I like to race with anyone out there. But, I have to spend more money out of my pocket to do this. That’s okay. I’m not asking for sympathy. But, stop it.

“You want three Pomona events? Oh there’s a great move. Every frigging team out here is based in Indy. Let’s just run out to Pomona for a race. Oh yeah … that’s right. We’ll put it on the way to another event. Yeah, right.

Head said his detractors will find fault in his rant because he ran a match race in Norwalk last month. It was one day. I turned down Norwalk initially, but I got screwed up at the last minute with Seattle. Then I went to Sonoma and went up and down the track five times. I had already committed to Norwalk, so I went.

Is Head ratcheting up the efforts to step aside from the driver’s seat?

“I definitely want a driver, but they are going to have to bring some money with them,” Head said. “This is unrelated to any feelings I may have towards the NHRA now. The quality of my life and those of my crew are based on the number of outings we have this year.

“I want to drive. I am really tempted to put a sign on the side of my car that says, ‘Driver wanted, Bring money.’

“I believe I would take a Martian if he could hit the gas on time.”

Top Fuel driver Morgan Lucas has said in the past that he’d love to try a Funny Car sometime. Head did admit he’s had a brief discussion with Lucas about the potential. Both Head and Lucas agree the conversion was very brief.

“I love the rumors that say he’s coming over,” Head said. “We have talked very briefly. I would love to team up with Morgan’s existing team with a two-car Funny Car team and get serious about this thing. From a two-car standpoint, we could gain a lot and learn a lot. He has great people over there like Richard Hogan.”

“It would be very easy for me to work with Richard on a two-car team,” Head said. “I haven’t told Morgan that officially but I like the idea. I hope the rumor gets legs.”

“We’re just trying to finish this year off strong,” Lucas said. “I really can’t devote a lot of attention to that idea right now. I don’t know.”

Every conversation these days comes back to the 24-race schedule for Head.

Head knows the New England market is one that NHRA’s management covets, but his suggestion is they take car of the markets they already gave. Head said there are some tracks who reinvest in the product and others just take and take.

“Last year my pan man was in the grass,” Head said. “This year, I am in the top eight – so whoa. What kind of crap is that? We should all have better. You can’t get through the crowds. You’re honking the horn at them. I had one man tell me yesterday to ‘blow it up my you know what.

“I almost got out of the car and darn near clocked him. It’s bull. It’s not my fault. It’s the facility. They won’t spend a dime on the place. They are takers and I am so tired of takers. Give something back to the place. Why do we need to worry about New England? How about Philadelphia? What is wrong with taking care of this market first? This almost running over people every time I got out is getting old.”