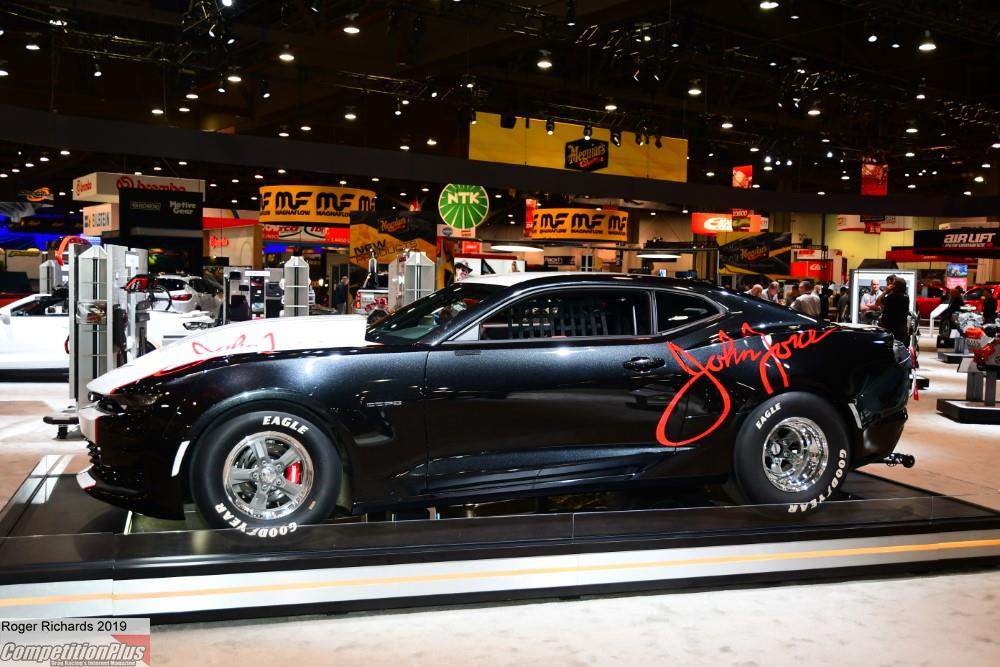 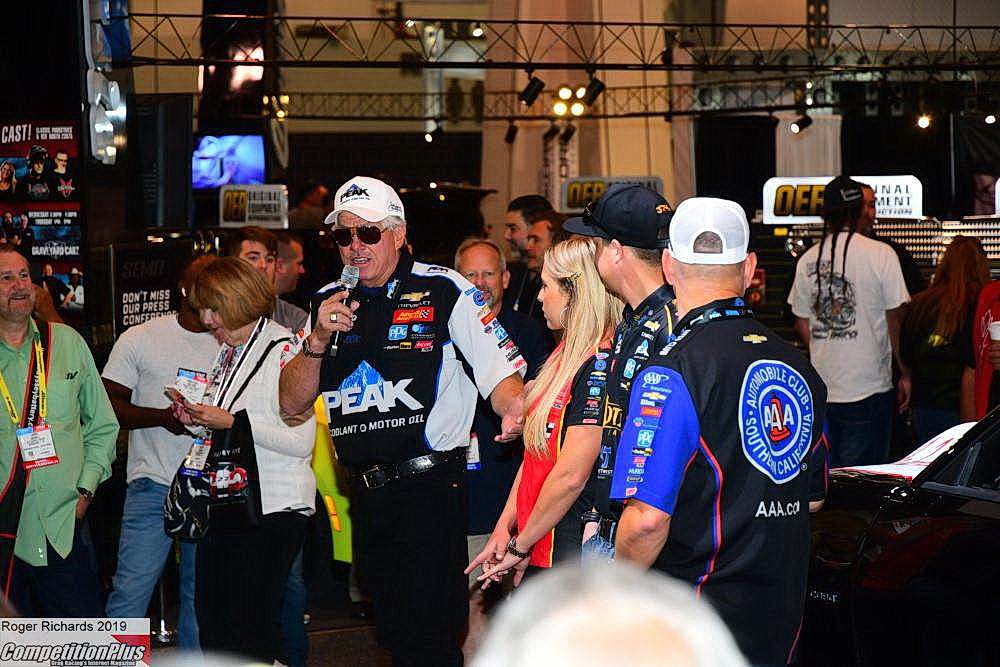 John Force makes a living racing a Camaro unlike any which you can see on the street. Drag racing's most successful professional drag racer has covered the length of the thousand-foot racing surface in under 3.9 seconds at well over 330 miles per hour.

On Tuesday at the SEMA Show, Force was more impressed with a Camaro capable of covering the quarter-mile at a little under seven seconds and running half as fast.

“My daughter had a COPO Camaro, it was unveiled in Detroit, and it was really exciting for me to see her name splashed on this red Camaro, and of course everybody was there,” Force said. “Jim Campbell (Chevrolet U.S. Vice President, Performance and Motorsports) unveiled it, and it was really a lot of fun. I saw [Courtney’s] excitement because she designed it.” 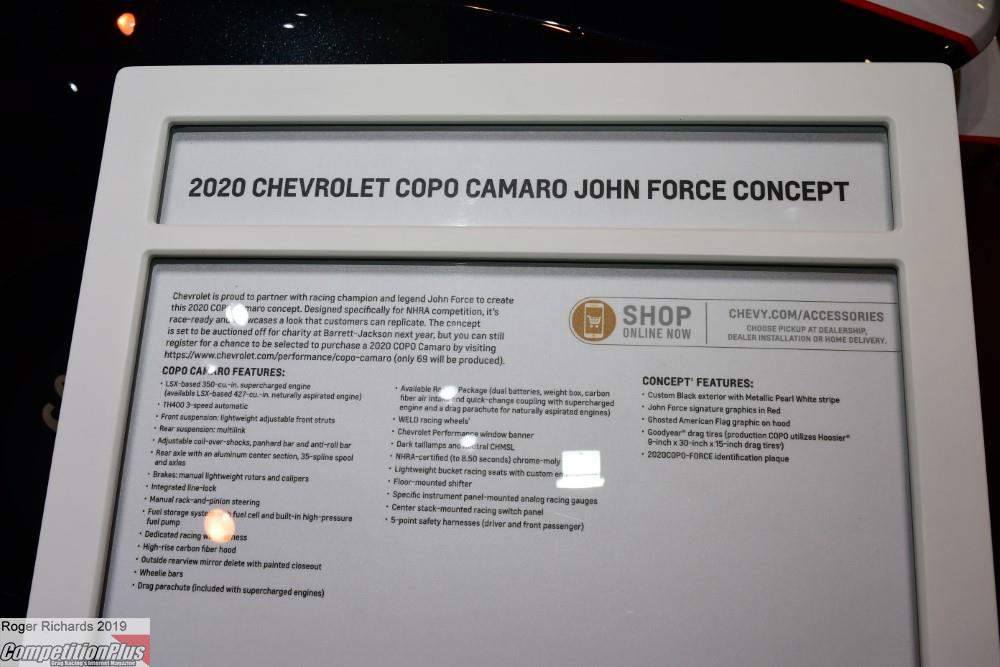 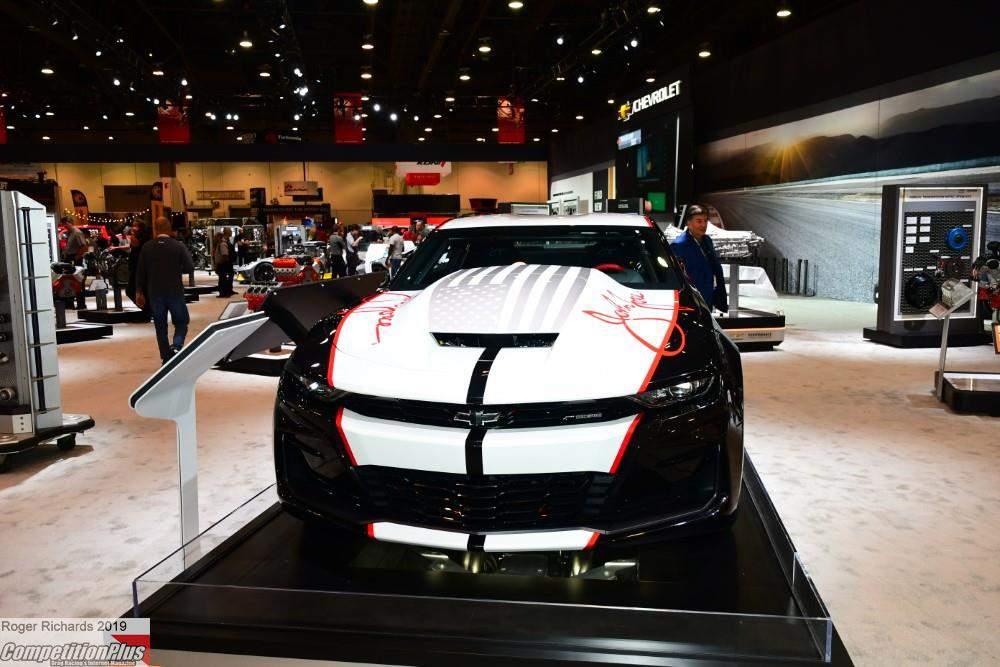 Chevrolet presented Force with the opportunity to create his own COPO, and he didn't hesitate. The finished version was unveiled at SEMA and will be taken to the Barrett-Jackson Auction soon.

Force will donate the proceeds of the sale to Donors Choose, which funds programs for teachers.

This COPO is more go than show. It's a true purpose-built race car designed to perform in the NHRA's Factory Stock Showdown, Super Stock and Stock programs as well as NMCA Factory Super Cars programs. 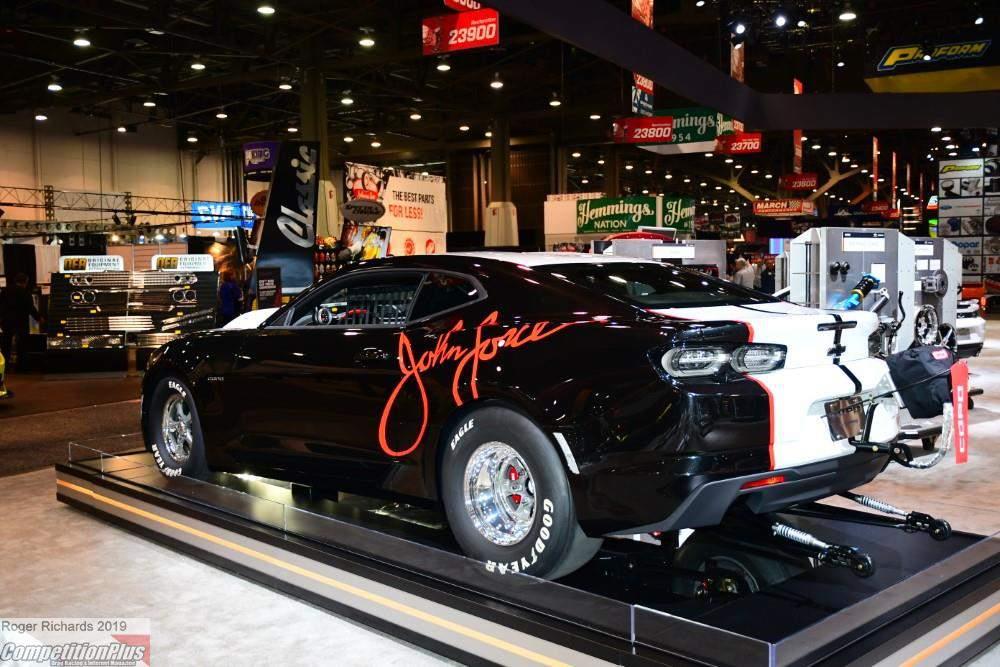 “The car is stylish, it has aerodynamics that come from NASCAR and IndyCar, but also come from drag racing, because that’s what we race are the Camaros,” Force explained. “Of course under the hood it’s unbelievable, it’s got performance. The transmission, the drivetrain, it’s a real race car.”

The Force edition features black exterior paint, a white center stripe with John Force signature graphics in red. The graphics package includes John Force “X” on the bumper, a staple on his Funny Cars which represents the patriarch’s 10 championships in a row. A ghosted graphic of the American flag showcases national pride. The paint mimics the design unveiled during the 2019 edition of the “Night Under Fire” exhibition event in Norwalk, Ohio. The Force edition is not part of the production run of the 69 COPO Camaro race cars.

Force has a history with the Chevrolet brand racing a number of Chevrolet Funny Cars in the late 1970s for a decade. His first car was a ’54 four-door Chevy sedan with a six-cylinder engine and an automatic transmission.

“At the end of the day I’m lucky to be here and Jim Campbell knows where I come from,” Force said. “The guy’s really into his teams, his drivers, his owners, the employees of the companies that work on the race cars. He gets it all.”

Couldn't make it to SEMA? No Problem, come walk the floor with us. CLICK BELOW FOR OUR EXTENSIVE PHOTO GALLERY - #DragRacingNews #NHRA - https://t.co/Wo1xti7Dfp pic.twitter.com/oCdP5fhzeM