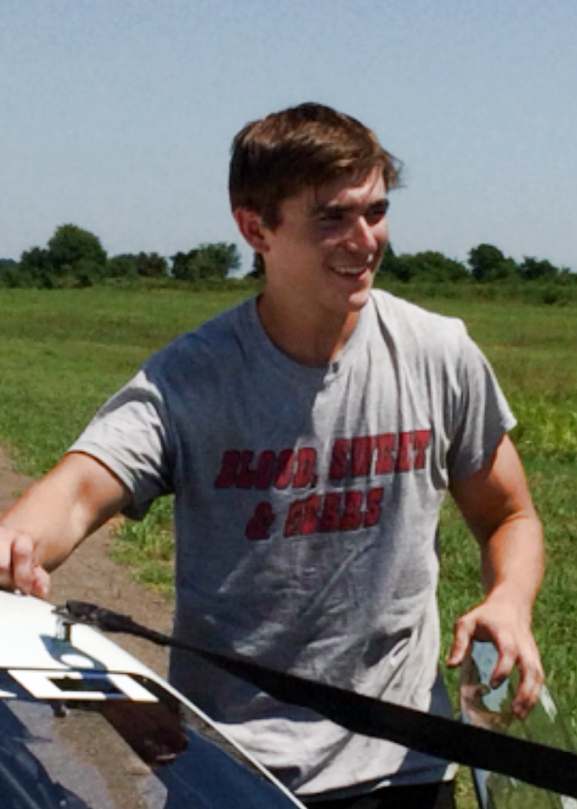 It has been just over four years, but Aaron Stanfield is back driving in NHRA’s Mello Yello Series Pro Stock class.

Stanfield is driving a Camaro for Richard Freeman’s Elite Motorsports for the final six races of the season, beginning with the Mopar Express Lane NHRA Nationals Presented By Pennzoil at Maple Grove Raceway in Reading, Pa., Sept. 12-15.

“I’m really excited about this opportunity,” said Stanfield, 24. “I think I have more experience under my belt and I’m just excited. It has been a while since I have been in one (a Pro Stock car) and I’m just glad to get another shot at it. I know there are going to be some nerves but this is the big stage and we are racing with the big boys. I just want to channel my nerves and use them for the good.”

Stanfield said he drove from his home in Bossier City, La., to the Elite Motorsports facility in Wynnewood, Okla., on Sept. 9.

“I drove out and went to their place and got comfortable and fitted into the car..We went out to Tulsa (Okla., Raceway Park) and made two half-track runs. and everything went really well.”

Stanfield said this deal came to fruition through conversations with Elite Motorsports and the Janac brothers, who Stanfield has raced with in the Factory Stock Showdown class.

“They (Elite Motorsports) presented us with an opportunity for the rest of the season to see where it would take us from there,” Stanfield said. “Joe Janac and Janac Brothers Racing decided they wanted to give me an opportunity to get back in a Pro Stock car. He (Joe) also wanted to see how he liked being partnered on a Pro Stock car and see how I do behind the wheel. J.D. and Teresa Coffman of JC3 Energy, some of my dad’s old Pro Stock sponsors, who help me out with my Sportsman stuff as of right now, have also hopped on board as well.

"By getting to do six races, I get a little time and maybe by the end of it, I start getting more laps and getting comfortable behind the wheel. That’s the plan. This was a no-brainer for me because Elite Motorsports has a really great Pro Stock program and are a good group of people and this is a good fit for us.” 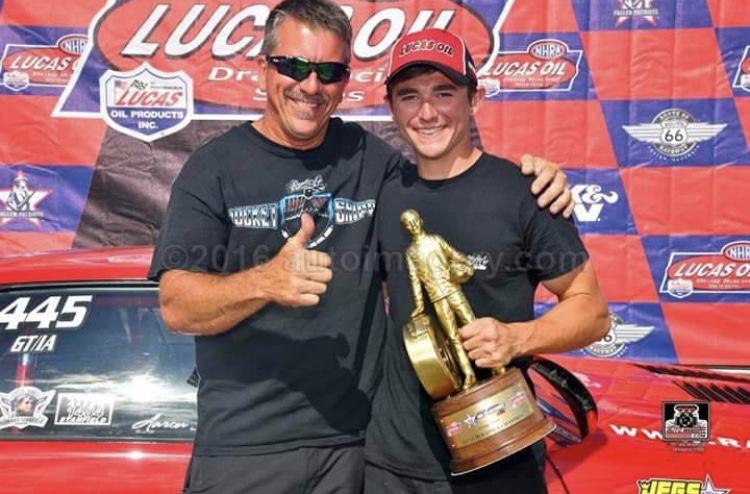 Aaron’s father is Greg Stanfield. Greg competed in Pro Stock from 2002-2014, winning three national events and finishing a career-best second in the point standings in 2010. Aaron said his dad will be at the track supporting him.

According to Aaron, Mark Ingersoll and Brian “Lump” Self will serve as his crew chiefs with Elite Motorsports Camaro.

“I have worked with Brian before the first time I ran Pro Stock and he and I pretty good friends,” Aaron said. “We have also been bracket racing a few times together and we have a good relationship.”

“The plan is just to go out and race and try and make some clean laps and if I win some rounds, great,” Stanfield said. “The main concern right now is I get out there and I make some clean runs. On race day, anything can happen and I’m very competitive and very critical of myself, so I’m going out there to compete.”

Since 2015, Aaron has been competing in the Sportsman ranks in Top Dragster and Super Stock classes. He also drove in the Factory Showdown class in 2018 and this year he has been tuning cars that are competing in that class with Stanfield Racing engines.

“I’m still competing and trying to finish as best as I can in the national points in both cars and I’m still going to continue to do that through the end of the year,” Aaron said.

Aaron is driving the same exact Super Stock car – a 1987 Camaro – that his father drove to win three of his four Super Stock world championships. Greg bought back the car in 2010 and had it restored so Aaron could race it. Greg won NHRA Super Stock championships in 1990, 1992-94.