AFTER EIGHT MONTHS BETWEEN RACES, KRAWIEC KICKS OFF PSM SEASON WITH NO. 1 QUALIFIER 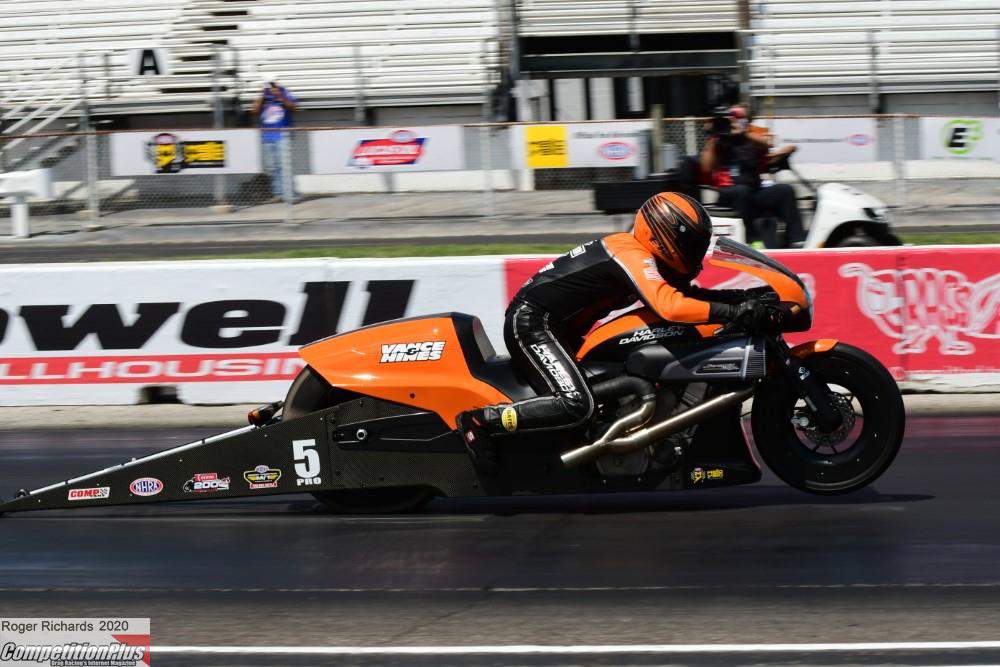 While the rest of the professional classes with the NHRA Mello Yello Drag Racing Series were able to get in a pair of races before the season shut down back in February, the Pro Stock Motorcycle teams had to wait eight months between races. The class was slated to return at the Gatornationals in Florida back in March, the next race up on the schedule before the pandemic hit.

But after the longest delay between races in class history, things returned to normal on Saturday as the two-wheel category got in two sessions at the E3 Spark Plugs NHRA Nationals at Lucas Oil Raceway, with series veteran Eddie Krawiec taking the top spot.

“The hardest part of this whole deal was the uncertainty. You couldn’t take your motorcycle apart. You couldn’t work on it because we didn’t know when we were going back racing,” Krawiec said. “We still worked in the background on our engine program and other things, but we are one of the teams that like to try different things. But we really couldn’t get that far into it because you did not know what was coming next.

“So for us, I’m just glad we were able to put some type of program together to actually come out and run some events in 2020. Truthfully, for a lot of people 2020 is probably shot already and they are moving on to 2021. For us, I think it’s just good to be out racing and representing the sport.”

While Krawiec was certainly pleased to top the charts in the first race of the season for the PSM class, he was reflective of what every race on the schedule means going forward with so much uncertainty ahead for the sport.

“I think it is important to come out and set the tone early. There is no Countdown. There is not anything. This is do or die,” Krawiec said. “How many races are we going to have? We don’t know. So the most important thing we could do is come out charging and be ready. For us, we went to Gainesville with a plan and we’re not differing from that plan now. We’re working on stuff and we’re continually trying to make it better and hopefully we’ll improve as we continue to move on.”

While this season has been far from normal thus far, Krawiec said his team is not deviating from the plan because, at the end of the day, the team still has plenty of people counting on them to go out and do well.

“Certainly I would have rather started in Gainesville just to get one under the belt. It was an eternity trying to get here but here we are,” Krawiec said. “We have all these sponsors and supporters out here that back all of us motorcycle teams and to not give them a race yet this year was, in my eyes, a big problem because part costs are still there. Every expense is still there and doesn’t go away. It’s a daily operation and we are still looking for more power.”

Krawiec, who hasn’t won an NHRA race since August of 2018, will look to return to victory lane on Sunday. He will face David Barron in round one.”