ANDERSON SEALS THE DEAL WITH 98 WINS 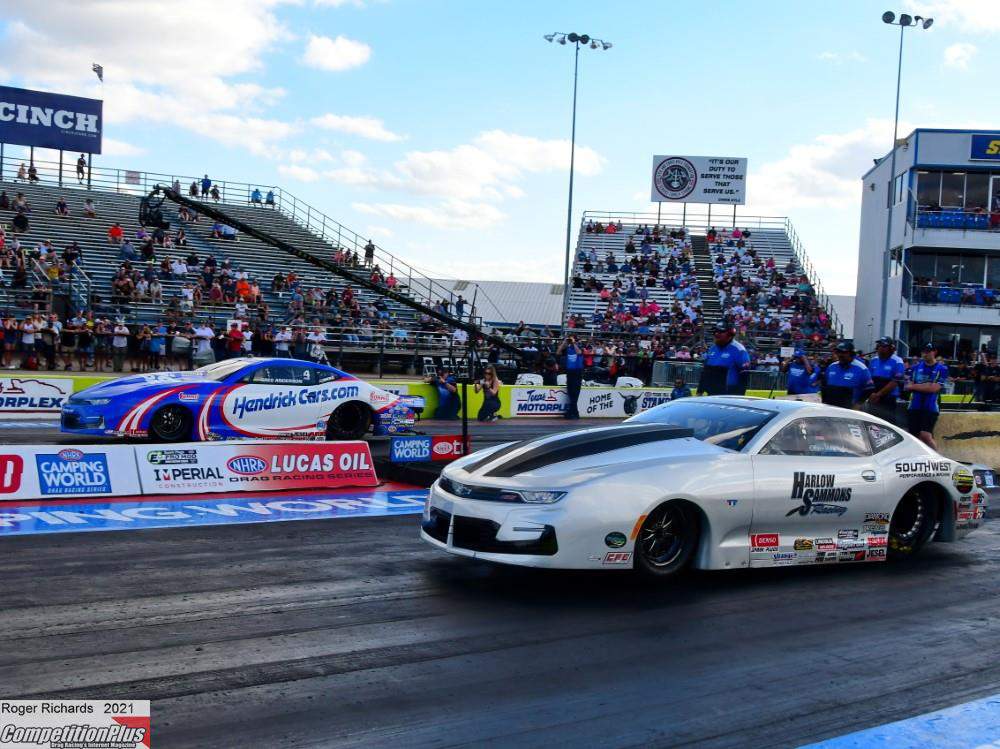 It’s not so much Greg Anderson has to be concerned with winning one more race to pass Warren Johnson on the all-time wins list. He just doesn't have to field questions about when he's going to win his 98th career national event victory. 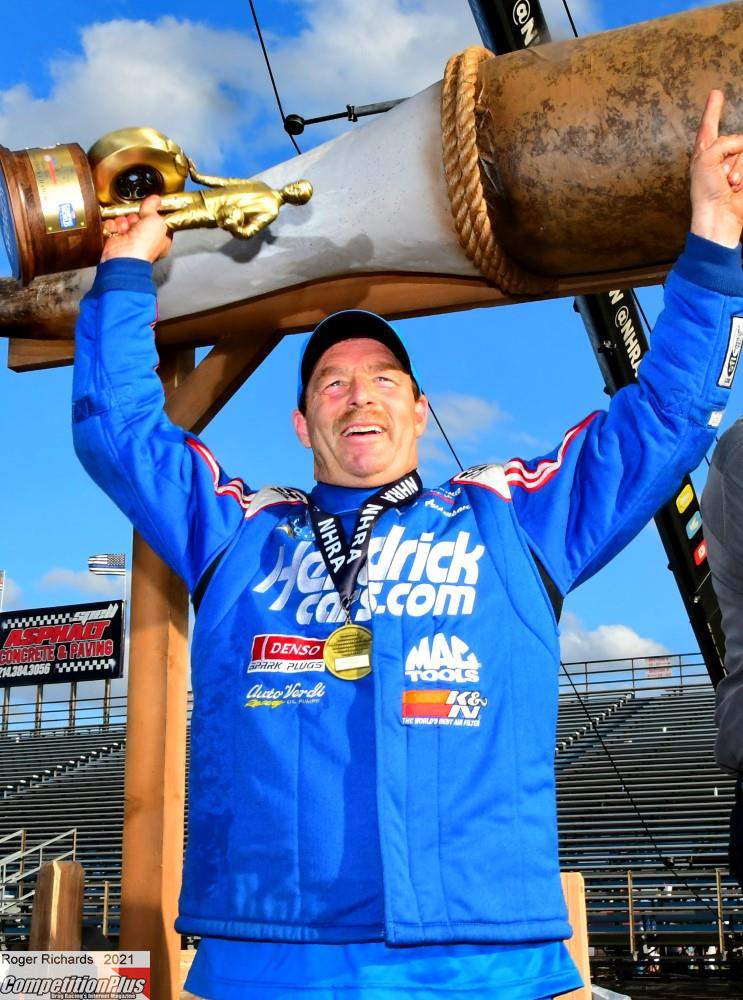 Anderson pulled off his monumental victory Sunday at the NHRA FallNationals at the Texas Motorplex, beating Texan Chris McGaha.

The so-called experts who said getting the first win is the toughest never had to win a No. 97 and No. 98. At least, this is how Anderson probably sees it.

"It’s been a big buildup and I’ve had such a fantastic race car all year," Anderson explained. "It was almost like impossible for it not to happen. But still, at the same time, there’s so many great guys in this class that are capable and want to and will whip your ass. It’s been happening so often, and so there’s no guarantee that would happen and who knows, come next year, maybe my car won’t be so damn good. You never know. So I know now is the time to get it done.

"I can’t say I put a lot of extra pressure on myself, but I certainly expected myself to step to the plate and get it done. I’d have been very disappointed if I didn’t get it done this year, especially with the Hendrick folks on the side of my race car. That’s 100% the reason he jumped on my car. He wanted to be a part of history, to be a part of this this great story. If I would have dropped the ball and not got it done, probably been a one and done with HendrickCars.com."

After qualifying No. 1 on Friday, Anderson worked his way through the field to make it to the final by beating Marty Robertson, Matt Hartford and Troy Coughlin Jr.

"Timing is everything," Anderson said. "Today, for this to happen, as soon as I stepped out of the car, I got a call from Mr. Hendrick at the finish line. Kyle Larson won today, too, with the Hendrick.com Chevrolet. Jim Campbell jumped on the phone, the president of Chevrolet, excited as can be. So big day for Hendrick Motorsports and Chevrolet altogether. I’m honored to be part of it.

"If I hadn’t got it done today then I would have dropped the ball. I would have not got it done for the whole team. So thank God I finally came through and got it done and it’s a relief. It’s a big relief, but at the same time nobody owes you any of this stuff. You got to go out and earn it every day and I tried awful hard all day long. I had a great car. I tried awful hard, but I just couldn’t seem to get that reaction time I was looking for. I struggled with the tree today and not sure why. I felt like I saw the tree well and everything was great. It wasn’t something that each round I could say I could fix for next round. The numbers just weren’t there. The ET slip said I wasn’t worth a darn on reaction time."

Anderson knows what Warren Johnson has said before. He's heard it. Records are made to be broken. However, Anderson, who worked for Johnson as a crewmember before he pursued driving, said he has immense respect for the drag racing icon he replaced in the record book.

Anderson knew to win on Sunday he needed more than good reaction times and a fast car.  His greatest gift came in the second round when Erica Enders, the defending series champion and his closest competition in the championship chase, lost to Aaron Stanfield. Anderson now leads her by 81 points.

"When I saw [Erica] lose second round, and I went up there. I staged for my run in the second round. I let the clutch out in it, and it spun the tires so hard and it shook so hard, and I have no earthly idea how it even made it through low gear, but it did," Anderson explained. "But it was ugly, ugly, ugly. I was scared to death to look over because I just knew I was beaten. I’m done. And when I got to the finish line, and my light came on, I just couldn’t believe it. I absolutely couldn’t believe it. I was saying all the way down the racetrack, 'what a joke. She loses, and she opens the door for me, and we completely dropped the ball."

"We got a hell of a break there, and we capitalized on it. We got some luck there and we made the most of it the rest of the day. If you don’t capitalize on your opponent’s miscues, you won’t win. You won’t be a champion."

So, is this win a down payment on a fifth NHRA World Championship?

"It's certainly is a great step that way," Anderson said. "Every time somebody asked me, is it a distraction trying to break this record? I tell them, 'Look, I come to the races to win.”

"I’ve told everybody else I’ve ever talked to, I come to a race to win, and nothing else is important to me and the points come secondary. Winning’s number one, but what comes right behind that? If you win, you get the most points. So why can’t I worry about trying to set the record? The record is to win the race. If I win the race, I get the most points and that goes a long ways towards winning a championship."