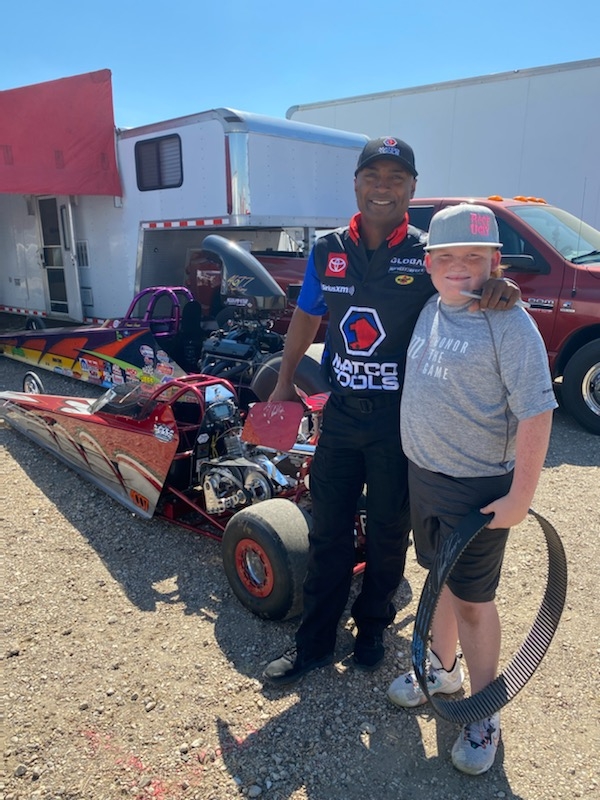 And before qualifying began Friday, Brown gave young Phillip a thrill he never will forget.

Phillip, it turns out, received a Jr. Dragster for Christmas but wasn’t going to make a pass with it until Brown signed the rear wing of the half-scale dragster.

Brown said Phillip’s parents “haven’t given it to him so they could bring it here so I could sign it for him.”

The Mouton family arrived at Brown’s pit two hours before the driver did Friday morning. And the wait was worth it. Naturally, Brown, whose three children have raced Jr. Dragsters, accommodated Phillip and his family.

With that, he cried and told mom Renee and dad Brandon, “My dream came true.”

Then during late Friday night qualifying, Top Fuel driver Joe Morrison’s engine let go in a ball of flames as Brown sat in the staging lanes directly behind, in the next pairing.

A bit fearfully, Phillip told his parents, “I don’t want Antron to get hurt.” He didn’t.