CompetitionPlus.com has learned that Atlanta Dragway in Commerce, Georgia, is listed for sale by Jones Lang LaSalle Americas, Inc. (JLL).

In the sale description of Atlanta Dragway, the main push is not about use for drag racing, but rather the unique redevelopment opportunities.

It highlights the fact the Atlanta Dragway is prominently located within the exploding growth story of Commerce, Georgia. Additionally, it is in Banks Crossing, Commerce's major commercial corridor off Interstate 85 with close proximity to the newly delivered $2.6B SK Innovations manufacturing facility, one of the largest developments in Georgia's history.

Other investment highlights of Atlanta Dragway listed by Jones Lang LaSalle Americas are as follows:

• Site dynamics benefit from a rare flat site topography, all major utilities on-site, and multiple access points to major regional thoroughfares including Hwy 441 and I-85.
• Located in pro-business Banks County, a municipality with phenomenal access to labor talent, growing industries and highly sought Northeast Georgia lifestyle qualities.
• Redevelopment opportunities could include a large mixed-use program of industrial, residential, and commercial uses.
• A phenomenal regional location with strategic proximity to the major metropolitan area of Atlanta, Athens, and Greenville, S.C. 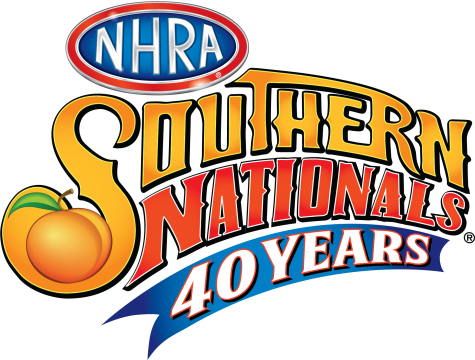 Atlanta Dragway was built in 1975 by Gene Bennett and originally had been graded out for an airport. The original airport tower served as the original timing tower, and the track direction was the same as the airport without asphalt, just Georgia red clay.

In 1980, the track was sold to Norman Pearah and became an NHRA-sanctioned track. Back then, the track was only opened twice a year for major events.

In 1989, the 13-year-old track was resurfaced with a concrete launching pad and a new timing system. In addition to the track modification, a reconditioned VIP tower complete with a timing deck, press center and corporate suites was built in 1990.

NHRA purchased the track in 1993 and in 1999, it resurfaced the track and added an updated timing system.  The tower restrooms were remodeled, and all concession, tower and ticket buildings were rewired. In 2003, the track’s FM radio and public address system were both upgraded.

In 2009, four permanent grandstand sections were added to the existing grandstands.  The entire length of the shutdown area was repaved in 2010, and in 2011 the timing system was once again upgraded to new fiber-optic technology.

In 2021, the Southern Nationals are the second stop on NHRA’s Camping World Drag Racing Series tour.