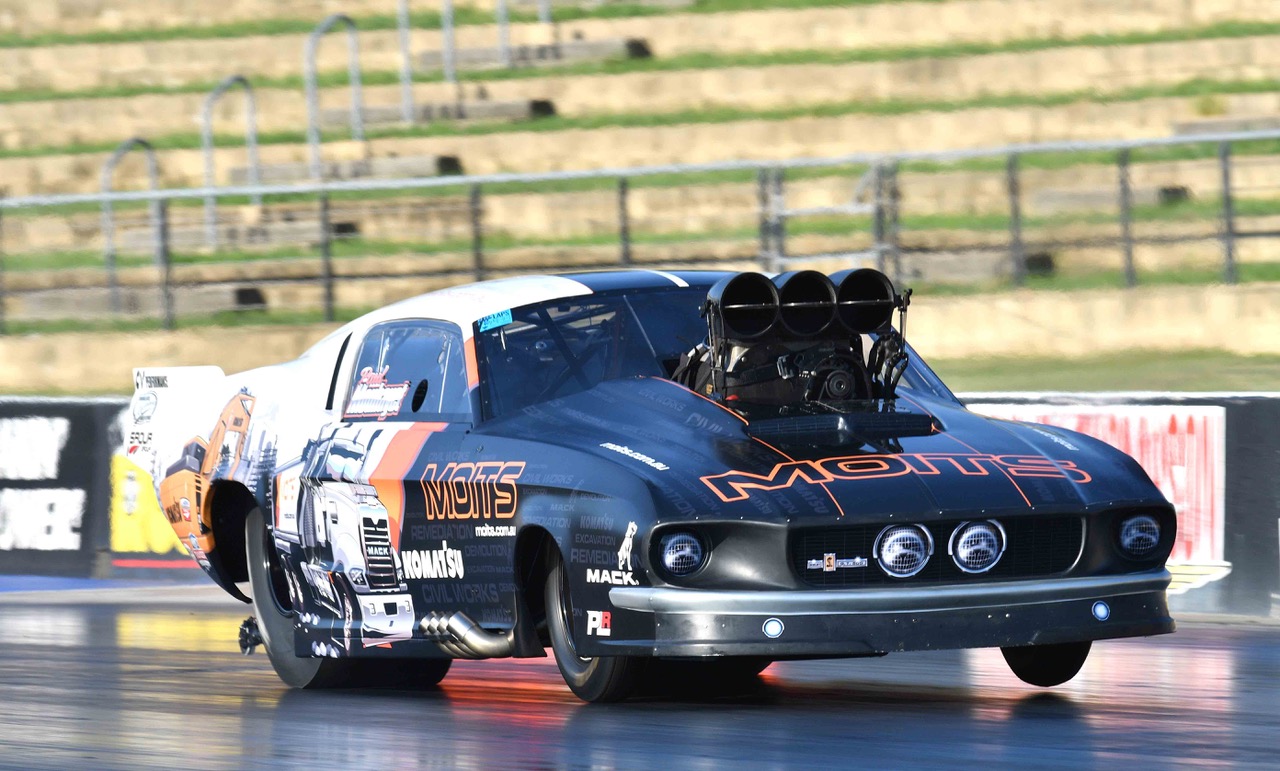 Australian Pro Slammer ranks have suffered a major blow with the announcement that two -time and reigning champ Paul Mouhayet will not return for the 2019-2020 400 Thunder season that commences at Sydney Dragway, November 1-2.

Speculation that Mouhayet and his team Moits Racing were quitting has been rife since the Sydney based team won their second PS title at the Winternationals in June.
"
To stop the rumor mill and put peoples' minds at rest, I’d like to announce that as of now we will not be racing the next season," said Mouhayet. "During our successful two-year, back-to-back championship series campaign, Team Moits did what others said was not possible. We came, and we conquered. Through hard work and perseverance, we produced some impressive record-setting times, running a best of 5.585 at the pinnacle of our success. As a team, we celebrated the highs and built from the lows and did this under brilliant leadership and amongst loyal camaraderie. However, with heavy hearts, we have decided that all good things must come to an end and Team Moits have decided to end their drag racing program. I’d like to thank all my supporters and the people that helped me achieve everything I have achieved, in my drag racing career. I hope to be a part of this sport for a long time. I bleed and breathe drag racing.”

The news that Paul and Moits Racing won’t be out there next season is disappointing,” said Aussie legend Victor Bray. “Paul and his team have made a major impact since joining the category in 2017 and have introduced a new level of professionalism into the sport. To win back-to-back titles in what is the most competitive category in the Pro ranks in Australia was a magnificent achievement. A great racer and real character, I don’t think it will be too long before we see Paul back racing.”

Mouhayet will not be lost to the sport and has left the door open for a return to driving duties in the future.

"I'll still continue my association with drag racing,” he said. “This year, my role primarily will entail FuelTech sales and support via GAS Racing. Yes, this means I'll be out of the driver seat for a while. However, I am still available as a driver, crew chief and tuner to any team that may be interested in any of these services. I'm looking forward to being part of drag racing action from a different perspective.”