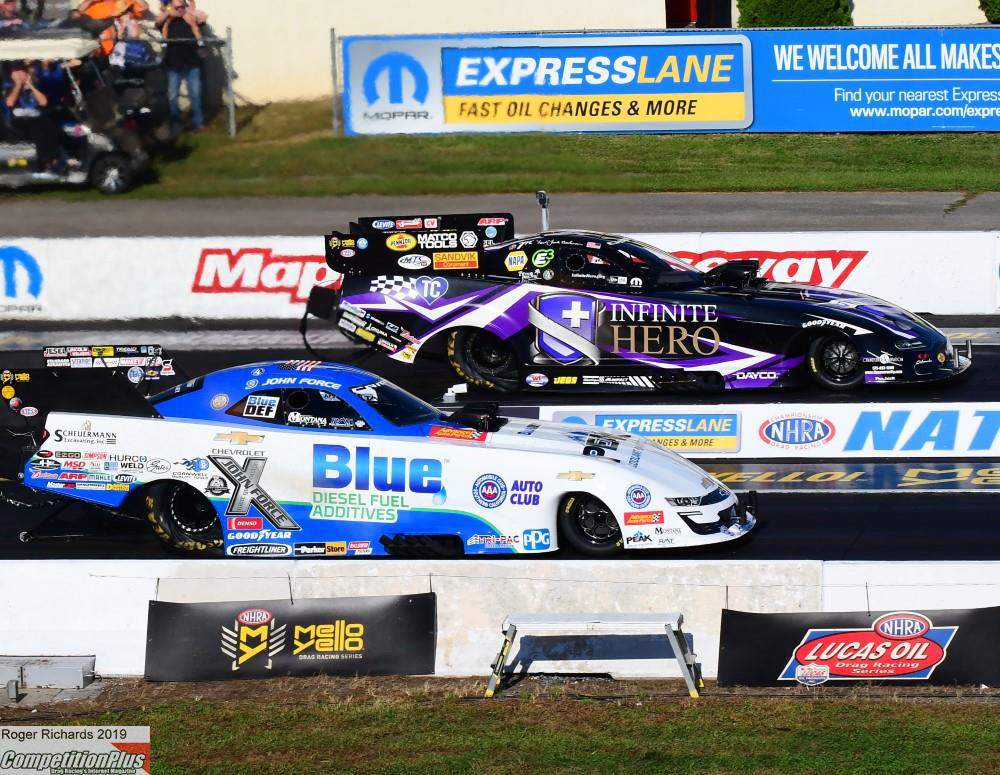 At times it seems like Jack Beckman can be overlooked in NHRA’s Mello Yello Series star-studded nitro Funny Car class. 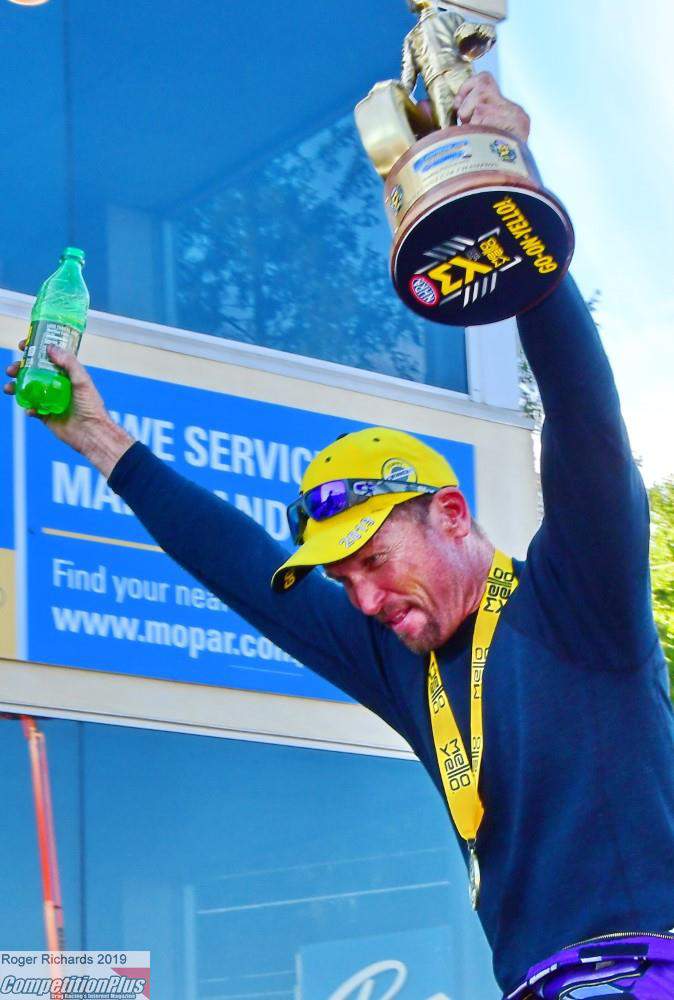 Beckman won the first race in the Countdown to the Championship by defeating legendary John Force, the 16-time world champ, on a holeshot in the finals.

This was a rematch of the final round at the U.S. Nationals in Indianapolis, Sept. 2, a race Force won.

"The thing with John is, in case you guys have not noticed, he will not stage first. He will not even pre-stage first, so Indy I parked on him and he went in first. Here I thought, I don’t want to take myself out of my element, so I just did my normal thing. John will never hang you out, he just will not go in first and that worked out Ok for us. You never know. Some fans came over before the final and said they would go razz John and I said, ‘Don’t poke the bear.’ That guy always seems to find a way to get motivated and win more races.”

Force acknowledged Beckman won the race at the starting line.

“Good day; got to the final. Beckman with an .028 light. I can’t beat that on my best day,” Force said, “But, my PEAK car has been very consistent, and these kids give me a lot of heart and a great race car that’s fast.”

Beckman, who pilots the Infinite Hero Foundation Dodge Charger SRT Hellcat Funny Car for Don Schumacher Racing, earned his first win of the season and 29th of his career in the nitro Funny Car ranks, which put him 10th all time.

On Sunday, Beckman defeated Jim Campbell, Robert Hight, J.R. Todd and Force in his victory march. He also rocketed to the top of the points standings with five races left in the season. He leads second-place Force by 19 points.

“Our Sunday, I think it was perfect,” Beckman said. “Truly, that car was consistent, and it was fast. It is one thing to be consistent and be a tenth off the field, to run numbers like we did as good as any other car out here up and down the race track all four runs. The first three cars didn’t even make down the right lane against us, and frankly I will take that. I’m fine with them smoking the tires in the other lane. But to win a great side-by-side race, which is thrilling for the fans and good for the TV coverage, and to do it on a holeshot is just awesome.”

Beckman said doubt became creeping in with him about getting a victory this season.

"Sometimes it is just trying to find both of those on the same run on the same weekend.There’s not a bad race win. I have three Wallys from Phoenix and they are exactly the same height as my Indy trophy. So, there’s not a bad race to win. There a few that are extra special. This one will be extra special for a few reasons. It is our first win in the SRT Hellcat, all of our teammates have already done that. We did it to take over the points lead, and it has been way too long since we have been to a winner’s circle. For a shot in the arm, for a psychological boost, for that mental edge that I think that you need that intangible to win a championship, this might be the thing that was the first step for us.

"Winning in Maple Grove sets the tone and you like that feeling. It is an addiction you can’t cure. We are getting to the point where this car is listening and doing exactly what we tell it to do and that makes for a dangerous combination. When a car runs that good, you drive better. I don’t care what anybody else says. You just perform better as a driver.”

“My math shows that was a 25-race losing streak, and I have had a 55-race losing streak, but during that I still got a paycheck, and during that time I still got to drive a nitro Funny Car and during that time I still got to hang out with the fans between rounds,” Beckman said. “So, am I feeling sorry for myself? When you don’t win and you feel like you have done something to let the team down, not only are they not getting to hold that trophy, they are losing bonus money on their salary. It’s nice I can go back there, and they will go, ‘You did a good job for us today.’”