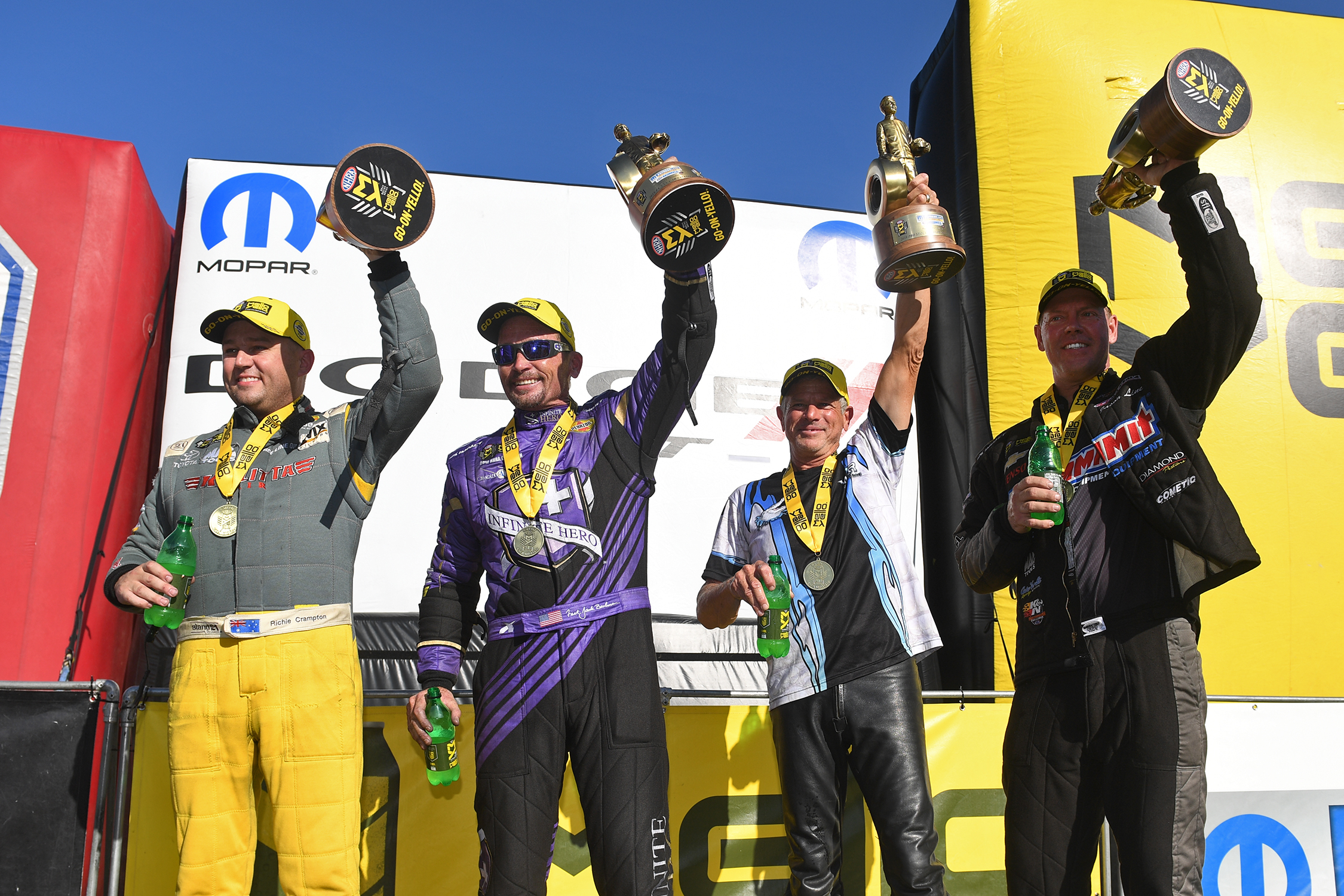 t’s been over a year since Jack Beckman parked his Infinite Hero Foundation Dodge Charger SRT Hellcat Funny Car in an NHRA winner’s circle but on Sunday at the 35th annual Mopar Express Lane NHRA Nationals presented by Pennzoil he came out on top. 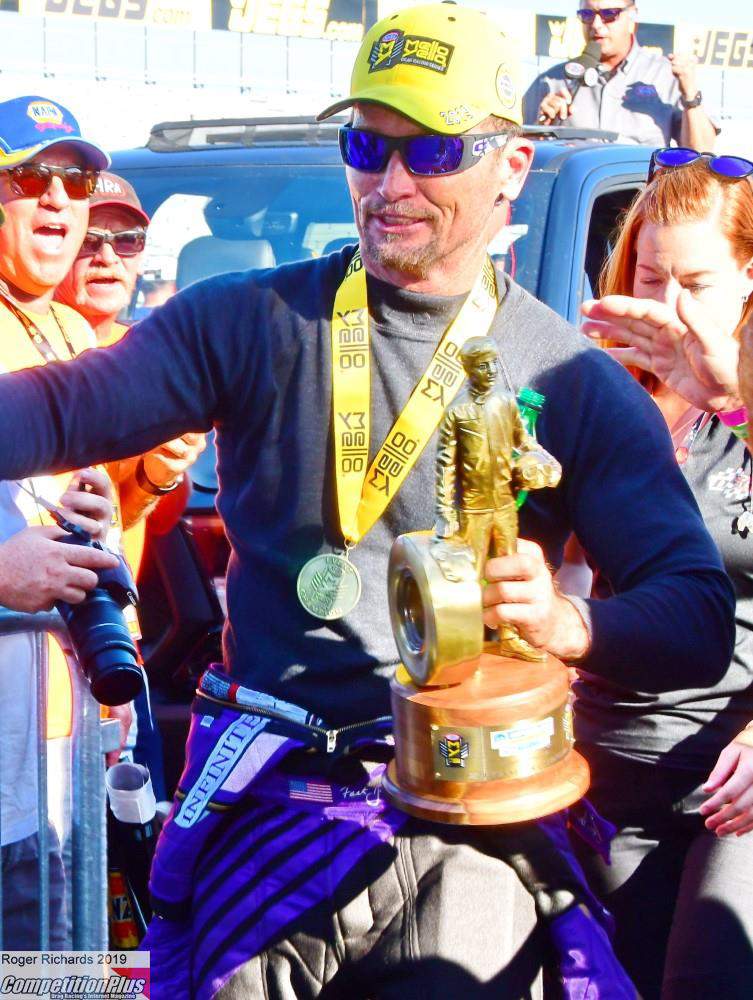 Not only did Beckman defeat John Force in the final round at Maple Grove Raceway, he also took over the NHRA Mello Yello Drag Racing Series points lead.

“Our Sunday, I think it was perfect,” Beckman said. “That car was consistent, and it was fast. It’s one thing to be consistent and be a 10th (of a second) off the field but to run numbers as good as any other car out here, up and down the race track all four runs on race day.” 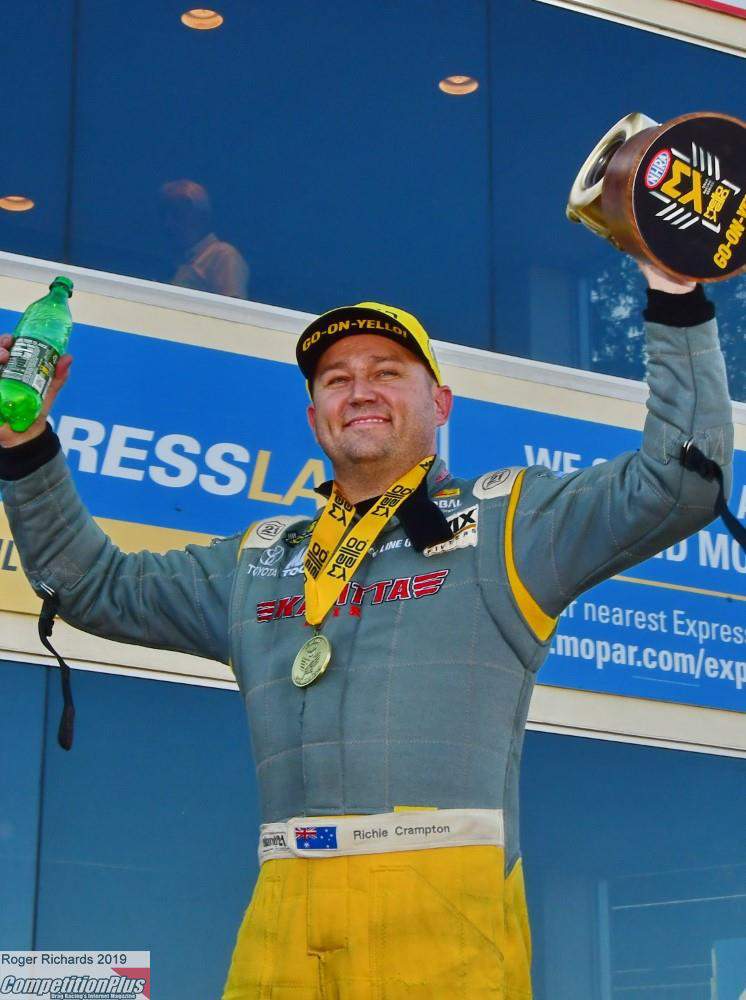 Richie Crampton (Top Fuel), Jason Line (Pro Stock) and Jerry Savoie (Pro Stock Motorcycle) were victors in their respective divisions at the first race of the 2019 Countdown to the Championship playoffs.

Beckman has been the runner-up four times in 2019 but it was his 3.958-second pass at 330.07 that gave him the holeshot win over Force’s quicker 3.952. One of the runner-up finishes was just two weeks ago at the U.S. Nationals against Force.

“In NHRA, you have zero control over what the car and driver in the other lane are doing. Did I want to beat him? Of course. Did it sting that he beat us in the Indy final? Duh. But none of that was going to help me be any better. Some fans came over before the final and said, ‘Hey, we’ll go razz John.’ And I said, ‘Don’t poke the bear.’ That guy, always seems to find a way to get motivated and win more races.”

It was a battle of Kalitta Motorsports in the Top Fuel final round but it was Crampton who raised the Wally trophy when he defeated his teammate Doug Kalitta with his 3.738 pass at 329.10 in his DHL dragster. Crampton now ties team owner and NHRA legend Connie Kalitta with 10 career wins. 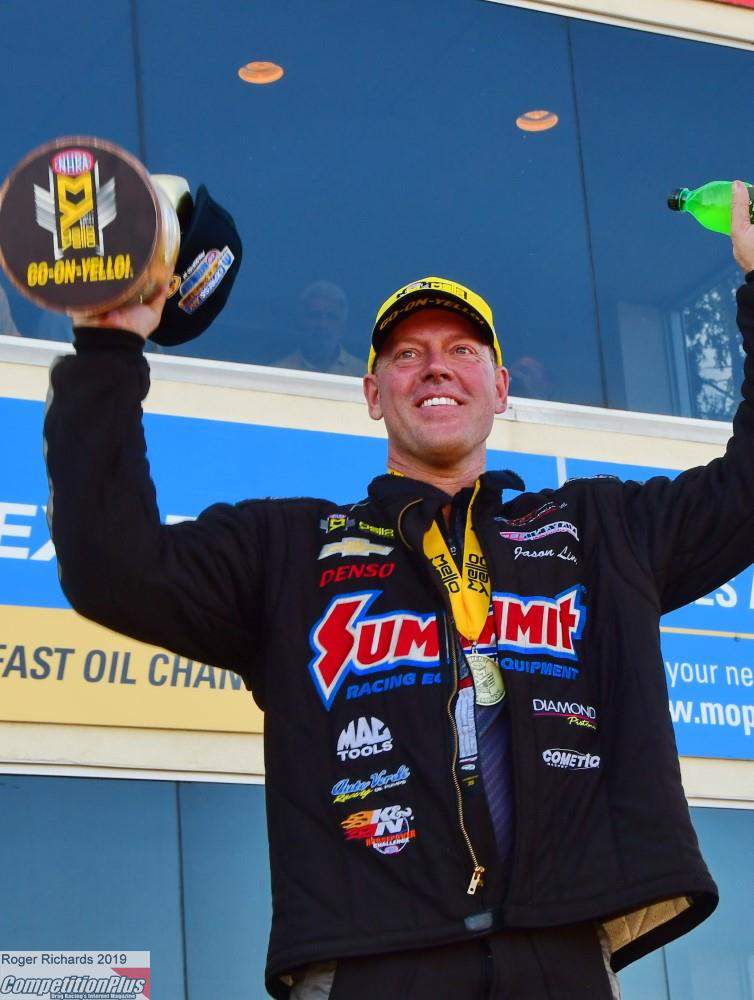 D. Kalitta snagged the Top Fuel points lead when previous leader and reigning champion Steve Torrence made an early exit in round one.

“It was definitely a great day for the whole team,” Crampton said. “All four cars are running good, particularly the dragsters, of course. But for Doug to take the points lead heading out of here, and we made a good jump in the points as well, that’s what we need to do. It’s that time of the year. It’s time to execute on race day and Connie and (crew chief) Kurt Elliott gave me the car to do it.” 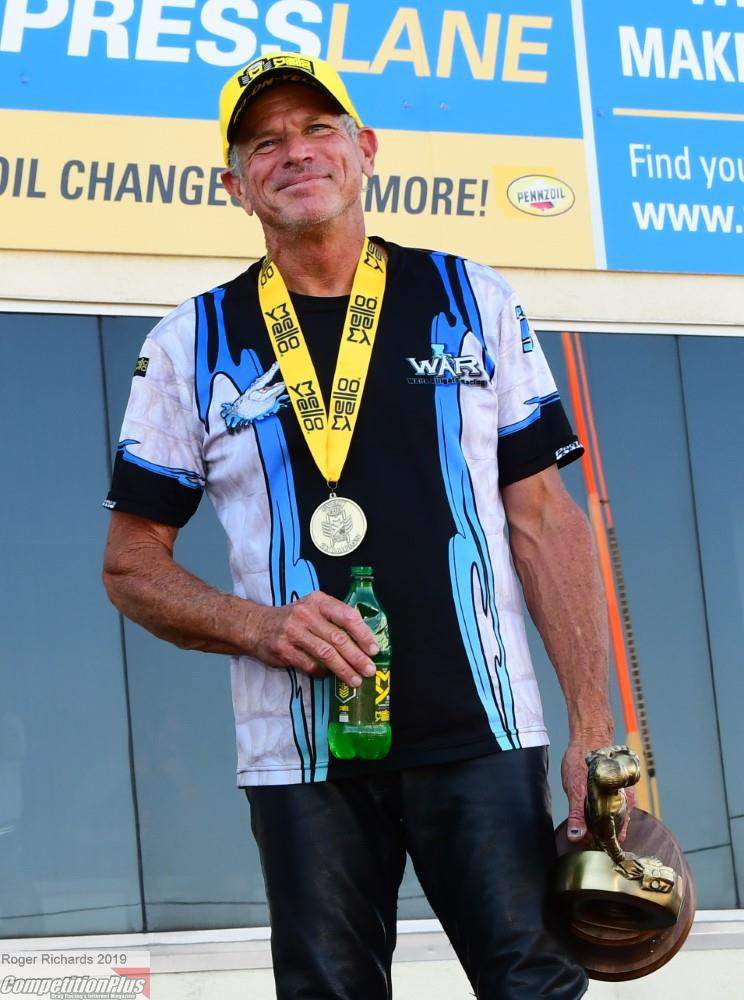 Line earned his 50th Pro Stock title when he defeated Fernando Cuadra in the final round of eliminations thanks to his 6.553 pass at 210.60 in his Summit Racing Equipment Chevrolet Camaro. Line also took over the points lead from his KB teammate Bo Butner. Cuadra, who was completing in his first career final round, is also a KB powered car.

“It was a big victory, for sure,” Line said. “Not one of my shiner moments, but big victory, nonetheless. I was a little tardy (leaving the starting line) so not what you want to do in the final round. But 50 wins just means I’ve had some great race cars to drive and some great people I’ve gotten to work with over the years. It’s been a fun ride.”

Savoie picked up his second consecutive win on his White Alligator Racing Suzuki. He took down Steve Johnson with his 6.774 lap at 198.55 in the final round and went on to claim the Pro Stock Motorcycle points lead.

“It was just a great, great day for everyone. My whole team. I don’t take any of this credit. (Crew chief) Tim (Kulungian) and everybody on the team worked their butts off and here we are. At my age, I can do it. I didn’t count on making the top 10 because I took three races off. And, bam! Here we are. No one, not even myself expected this.”