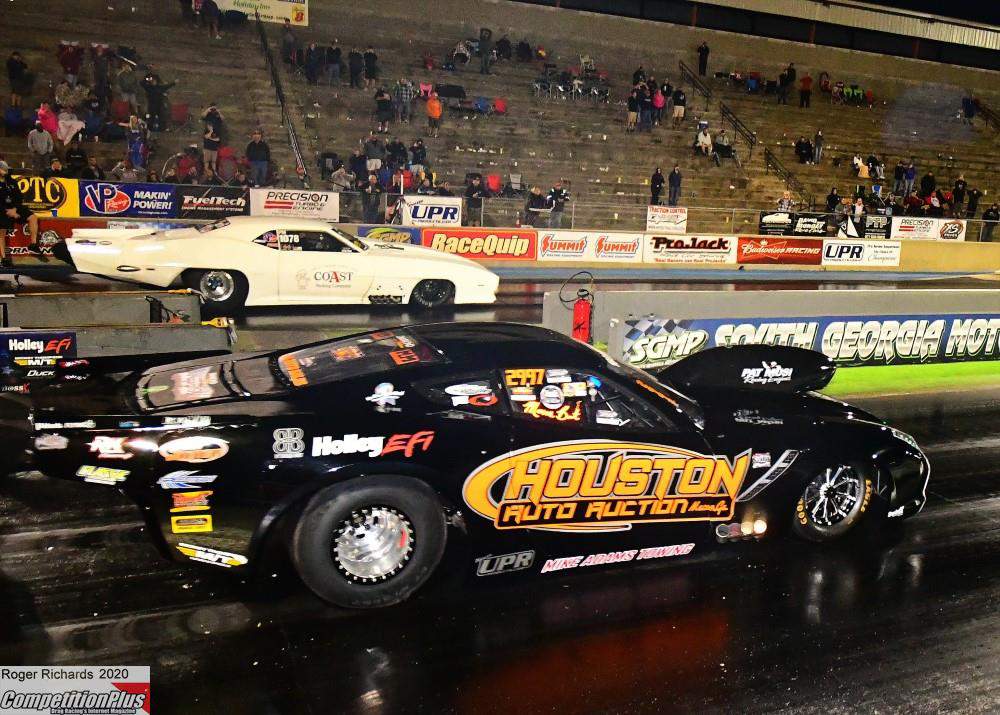 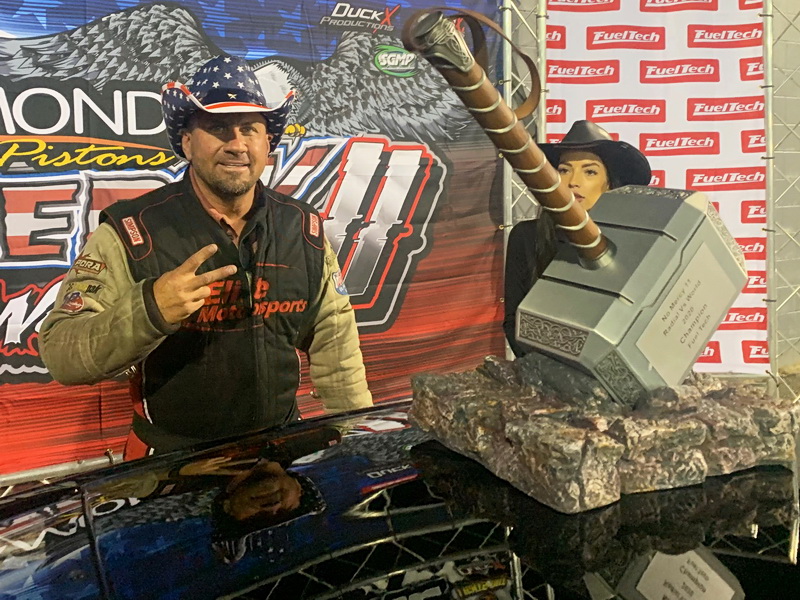 Marcus Birt seemed as relieved as he was pleased after winning Duck X Productions' No Mercy 11 Radials vs. the World final in the wee hours of Oct. 18, at South Georgia Motorsports Park.

"We didn't start out running .50s consistently, but we ran them when we needed to," Birt said after making a 3.56-seconds pass at 204.48 mph over the SGMP eighth mile to defeat California's Jason Lee in the final round.
"We just wanted to race smart, man, so we didn't have to go to the other motor. That was the main thing; I really didn't want to go to the spare unless we absolutely had to."

Also visiting victory lane was Michigan racer James Miron, who only had to take the tree to win in Pro 275, Blake Copson in X275, and Georgia's own Eddie Harrison in Limited Drag Radial. The Ultra Street win went to number-one qualifier Rylan McClaskey, while DXP Street went to top qualifier Martin Connelley, who also came out on top in the Limited 235 final.

Another 3.56-seconds pass after eight rounds of qualifying over the previous two days placed Birt and his nitrous-fed 2016 Corvette third on the RVW list behind polesitter David Reese at 3.53 and Melanie Salemi just three-thousandths quicker than Birt with another 3.56 effort.

A 32-car qualified field, saw five rounds of RVW eliminations on Saturday, with Birt opening with a 3.60 at 204.88 solo run after 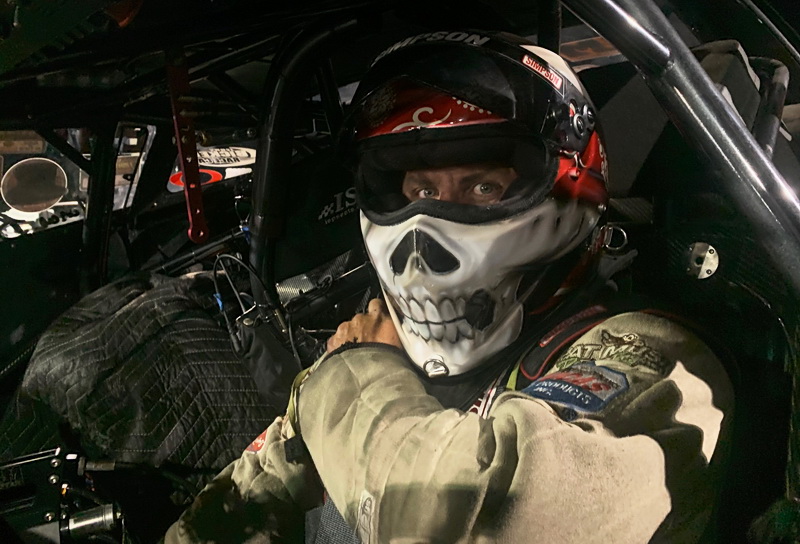 Bobby Dodrill failed to make the call with his unique blown 4X4 Chevy pick-up. Next up was a stripe-to-stripe lead over Tim Meisner that ended in 3.62 seconds for Birt, followed by a 3.55 at 205.57 that sent JR Gray packing after having won Duck X's Sweet 16 RVW race just a week earlier at the same track.

In the semi-finals, Birt posted a 3.54 at 205.72 to beat Kevin Rivenbark and reach Jason Lee in the final round. Lee, the number-five qualifier, made his way through Heidi Carlisle, Taylor Lastor, and Ken Quartuccio before meeting Reese in the semis and riding a big .077 holeshot to the win after going 3.57 at 205.63 to Reese's 3.51 at 214.45-mph that set low elapsed time for the event.

With lane choice for the final, Birt lined up on the right, but left .031 behind Lee off the start. He quickly made up that time, however as Lee's '69 Camaro lost traction almost immediately and coasted to an 11-second finish.