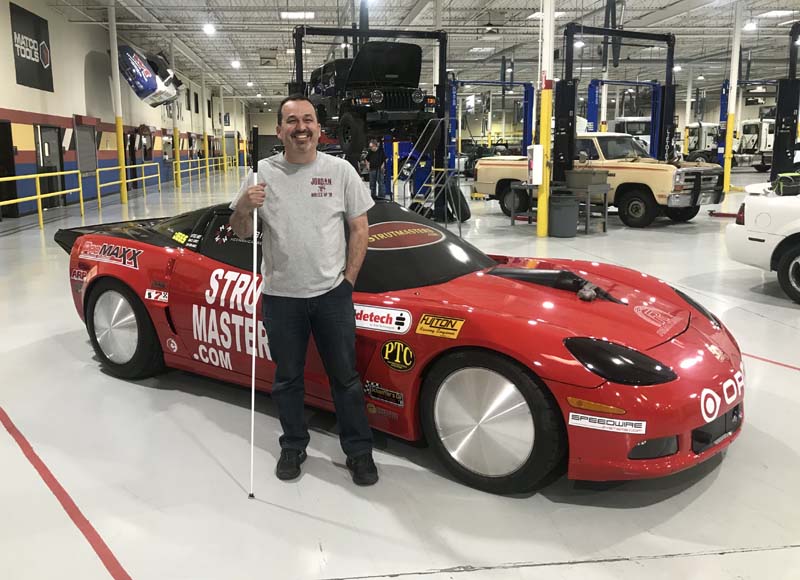 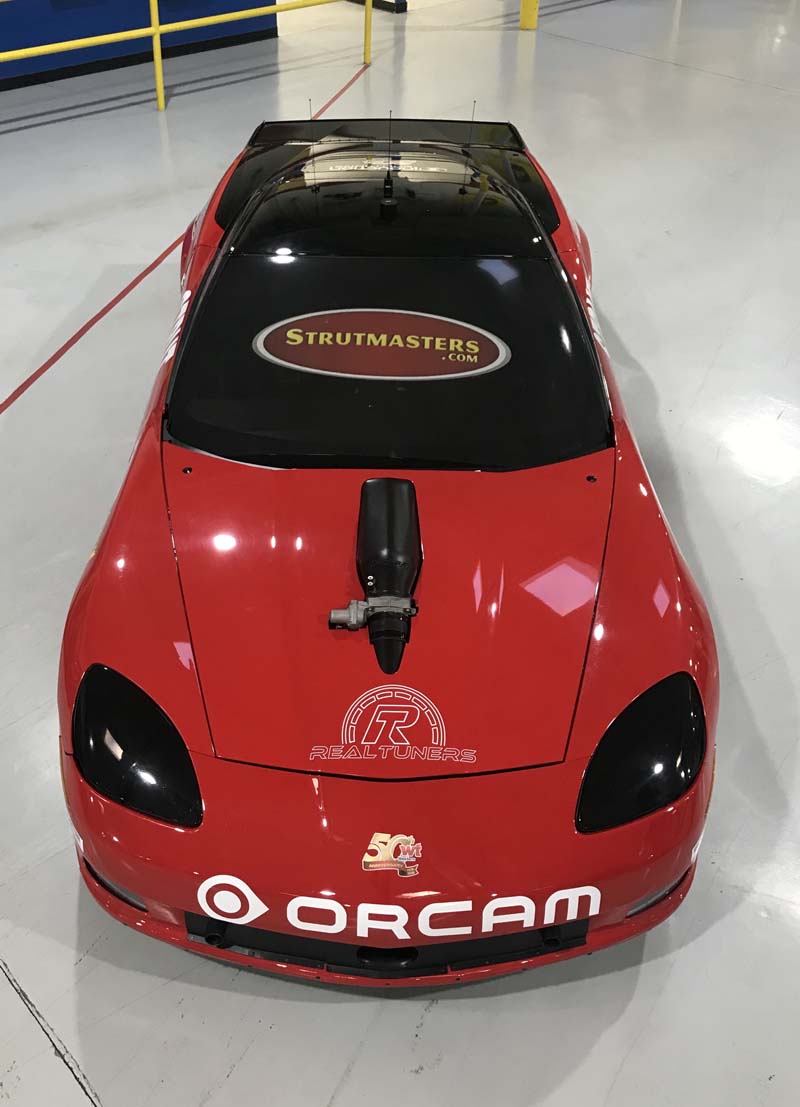 A two-year quest comes to a head this weekend for a blind racer.

Dan Parker of Columbus, Ga., who was left without sight following a 2012 drag racing crash, will attempt to break the speed record of 200.9 mph held by a blind racer from England, Mike Newman. Parker, the 2005 ADRL Pro Nitrous world champion, will pilot a Corvette -- a car he’s spent the past two-plus years constructing -- at Spaceport America near Truth or Consequences, N.M., on Saturday and Sunday.

Parker’s attempts will come in a 2008 C6 ‘Vette sponsored primarily by strutmasters.com and Harbin’s Mechanical. He bought the car, minus engine and interior, after it had been in a flood, and he’s installed a Fulton Competition-built 427 cubic-inch engine built with a 14:1 compression ratio.

“The Corvettes do really good in the standing-mile stuff,” Parker said Friday morning. “They’ve got an independent suspension so it handles good, they’re fairly aerodynamic, plus they look good. I remember what a 2008 C6 Corvette looks like. I wanted a car that people could relate to.”

Parker will be competing in an event sanctioned by the East Coast Timing Association. More than two decades ago, ECTA used an abandoned runaway at the Laurinburg-Maxton (N.C.) Airport for its events, then moved them to Wilmington, Ohio. It has since utilized a former Air Force base in Blytheville, Ark., for its speed competitions, and it is making its inaugural stop at Spaceport America this weekend. Blytheville will host this year’s other ECTA meets April 24-26 and Oct. 2-4.

In March 2012, Pro Mod racer Dan Parker suffered a devastating accident which left him blind. We have dipped into our archives for the first interview with Parker since the accident. This weekend he will attempt to drive over 200 MPH. - https://t.co/K5kw7e0vG8 pic.twitter.com/SUEzWg7YHu 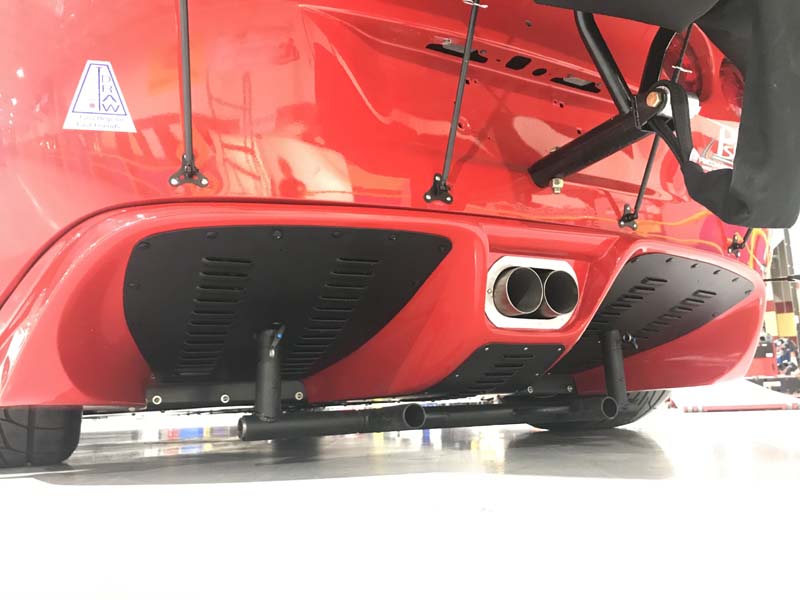 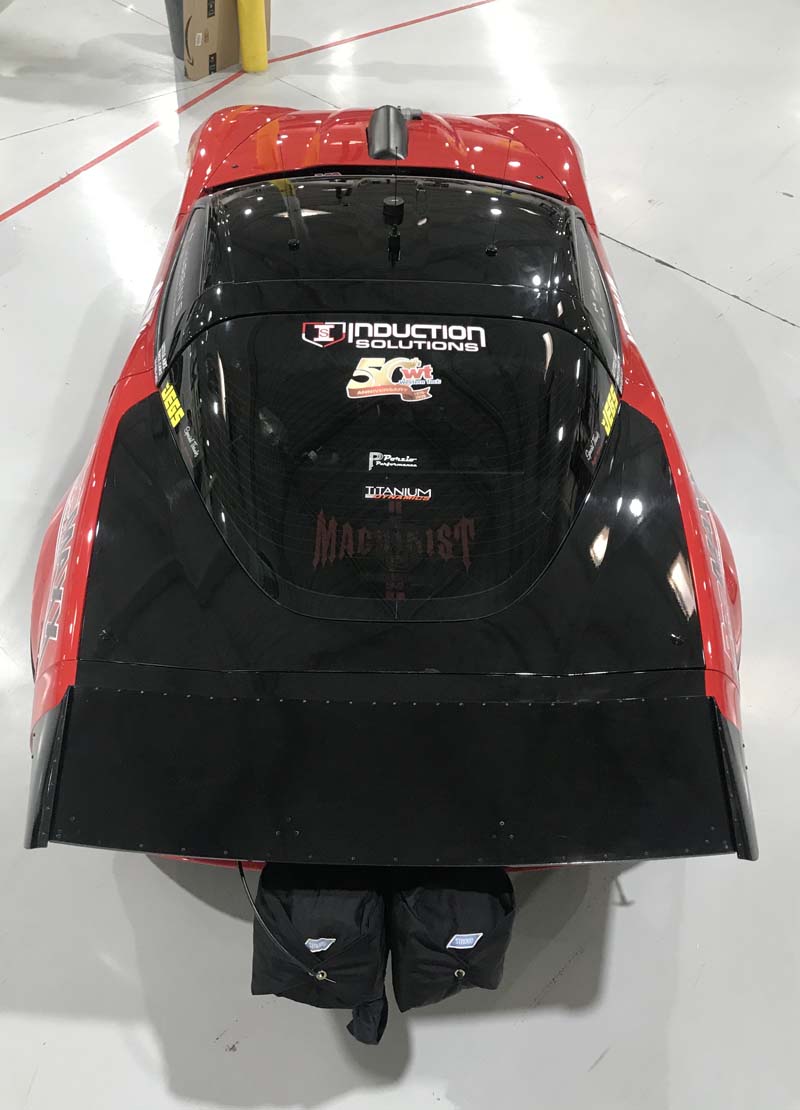 The New Mexico venue is an FAA-licensed spaceport located on 18,000 acres of land adjacent to the Army’s White Sands Missile Range. The spaceport cost $210 million to build, and its anchor tenant is Virgin Galactic, which has already taken in $50 million in reservations from customers who want to experience space flight firsthand.

Parker lost his sight following a March 31, 2012, crash of his Pro Modified Corvette at Alabama Dragway. The car was split into multiple pieces after it smashed into the concrete wall beyond the finish line, and Parker was left with two broken ribs, as well as injuries to his right elbow and shoulder.

The crash left him in a medically induced coma for two weeks, and though he survived, the swelling of his brain caused permanent damage to his optic nerve and left him blind.

Some six months later, during a sleepless night, he had thoughts of his late brother Chris, who loved racing motorcycles.

When his then-girlfriend Jennifer Stegall awoke about 8 a.m., Parker told her he was going to race on the famed Bonneville Salt Flats -- on a motorcycle. The Christoper Scott Special, he said, “saved me.”

Getting back into motorsports gave Parker a purpose, a goal, and friends began donating parts and labor. The three-wheeled motorcycle was “about 75 percent” complete before he received permission to race it. 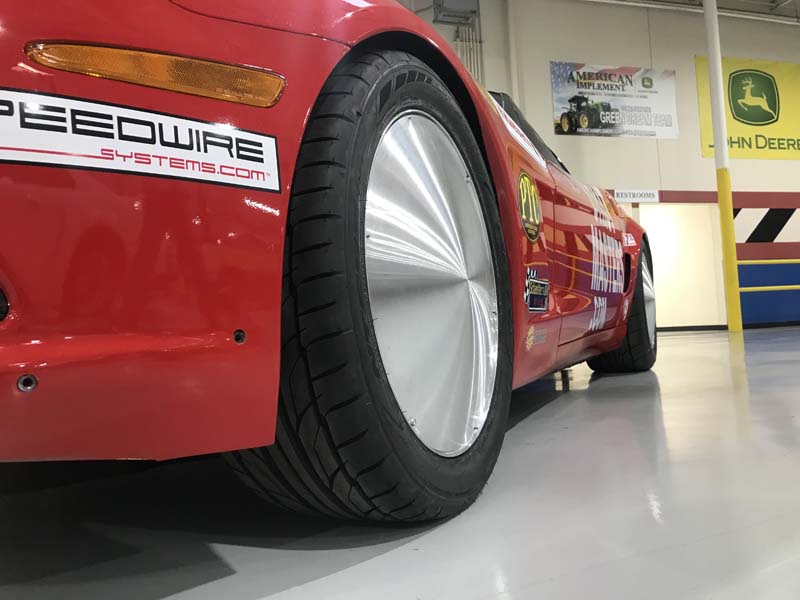 How does he race without sight?

It necessitates coupling cutting-edge technology with Parker’s instincts from decades of drag racing.

A friend, Patrick Johnson, built and developed a guidance correction system for Parker. Basically, they plot a course and Parker steers. When he deviates from the centerline, the navigation system gives him audible feedback with corrections necessary to ease the vehicle back onto its planned path.

In 2013, Parker saw his dream to return to racing come to fruition when he became the first blind person to race at the famed Bonneville (Utah) Salt Flats. The following year, with a bigger, 85cc engine in the bike, he set the Bonneville record for a blind man.

His latest endeavor steps up the game considerably as the car will reach speeds more than three times faster than did the motorcycle.

He was aided along the way by the use of a product called the ORCAM MyEye2, a $3,500 device that attaches to the frame of his glasses. Using artificial intelligence, the device can recognize and identify the faces of people whom Parker has programmed in, and it can “read” a page of printed material for him, which allows him to label parts, read magazines, etc.

Three friends and Parker left the west Georgia border town of Columbus, and the crew drove 24 hours straight -- “through 21 hours of monsoon rain,” Parker said -- to El Paso, Texas. They spent the night there, then early Thursday morning took the Corvette to Western Technical College, where Parker said they spent 10 hours putting the finishing touches on the car.

“They gave us whatever we needed -- the auto shop, students to work on the car, everything,” Parker said.

“I’ve got an amazing crew. It’s a total of about eight guys. Everybody’s got their own individual talent just to support this deal.”

Steve Strupp, an Indiana-based racer who owns ECTA and holds two Bonneville records, said he heard of Parker’s endeavors from one of the sanctioning body’s volunteers. 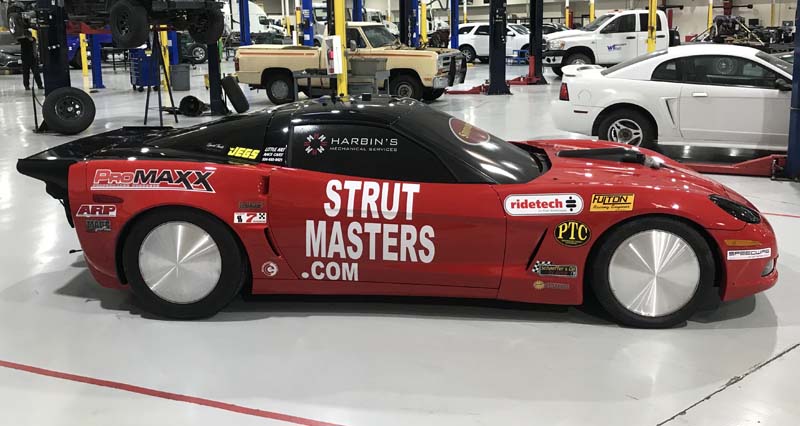 “He asked me if I’d ever be OK with it, and I said yeah,” Strupp said. “I had a pow-wow with my insurance company, and we’re all good.

“It’s kind of how I’m wired. It’s no big deal to me, I’ve done crazier stuff. … On the surface it sounds really crazy and scary, but when you really break it down it’s not that big a deal, at least not to us whose lives involve driving 200 miles an hour.”

As for Bonneville, Parker said the Corvette will “never see” that course.

“This car’s too damn nice,” he said. “That salt’s too rough on that stuff.”

It’s also trickier than concrete, especially for a blind man. Parker will be accelerating for a mile from a standing start, and he’ll get timed for speed at 1, 1.25 and 1.5 miles. The car will automatically shut off past the finish line, and Parker will employ parachutes “and a good set of brakes” to stop over the mile-long shutdown area.

No matter how this weekend’s venture pans out -- and it will be livestreamed on competitionplus.com in partnership with motormaniatv.com -- the next big item on Parker’s list is a wedding.

He and Stegall are to be married on April 14. Parker explained his racing endeavors and how ORCAM works on the “Steve Harvey Show” in February 2019, and during the interview, he eased off the couch and proposed to Stegall. He caught her completely off-guard to the point that as he began to ask her for her hand, she laughingly said to him, “You stinker!”

It was a tear-jerking moment for many who have viewed the episode.

“Everybody,” Parker said, “said they suddenly got allergies.”

That could be the case again this weekend if he achieves his goal in Truth or Consequences.