CAN HECTOR ARANA JR. COMPLETE HIS RESUME WITH 2018 TITLE 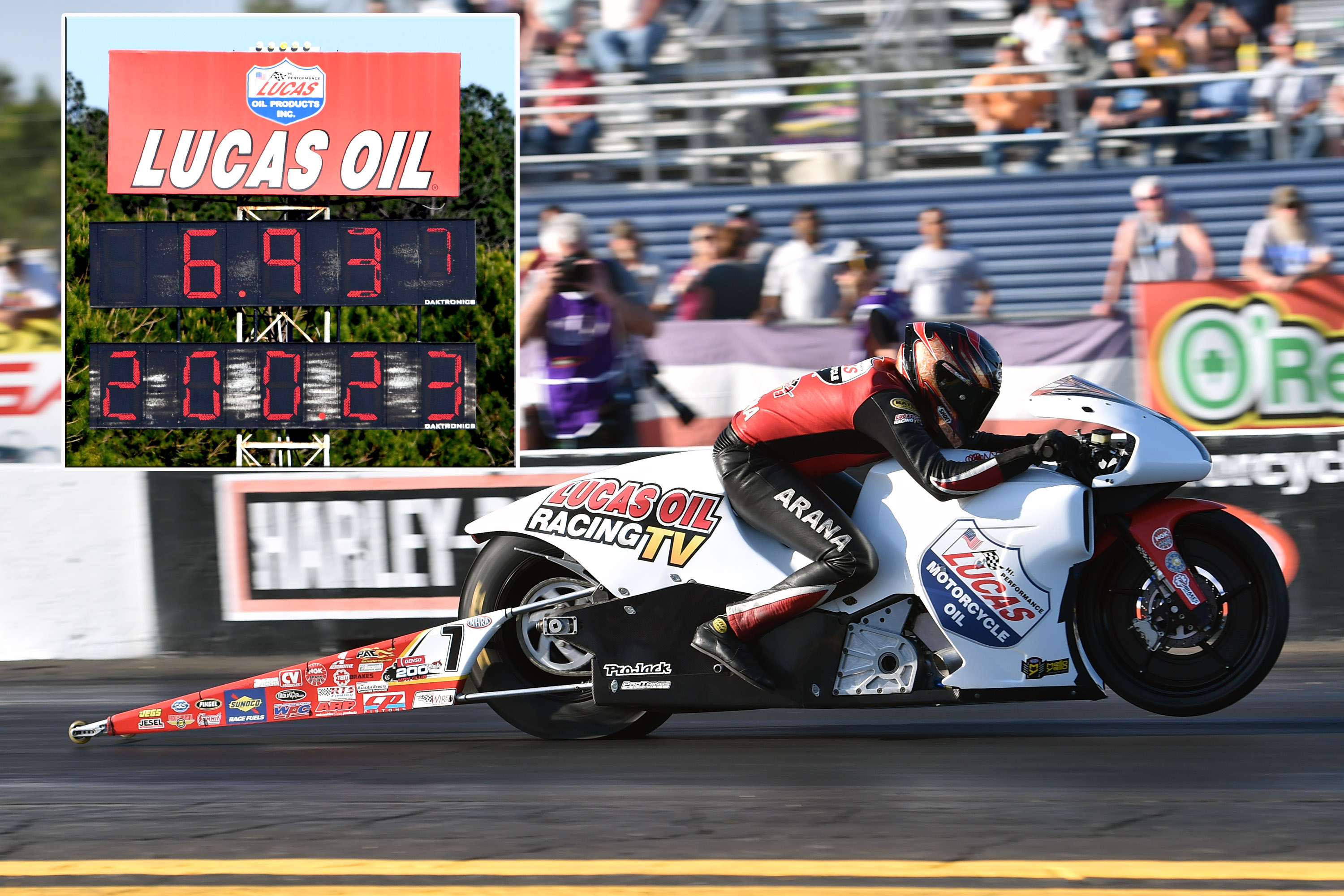 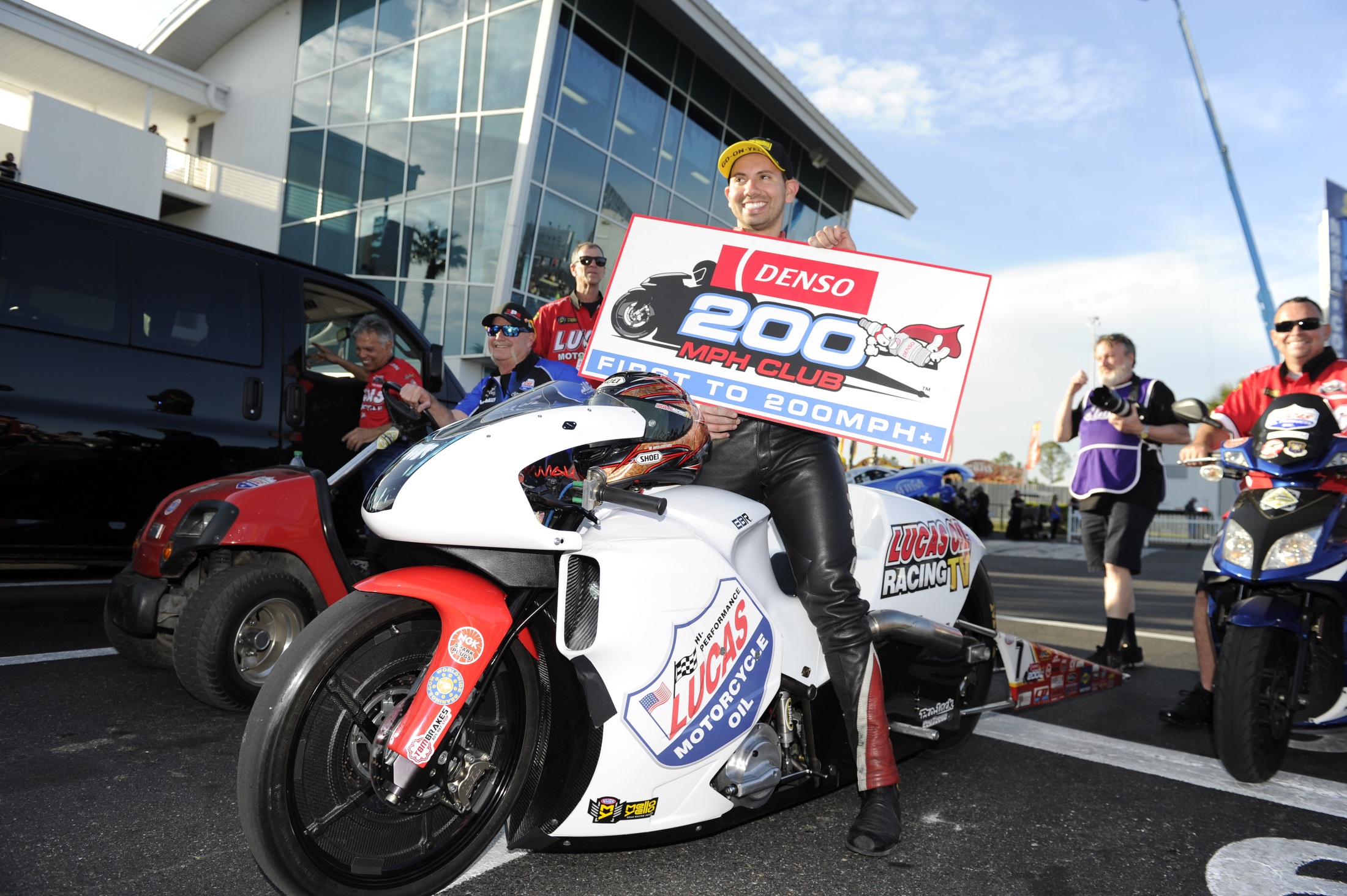 The resume of Pro Stock Motorcycle racer Hector Arana Jr. is as impressive as anyone in the class. A quick look at some highlights make it clear he's one of the best in NHRA:

But, yes, there's one thing missing: A championship. And Arana wants one. Badly wants one.

"Between (the championship) and winning a Shootout, those are the last two major things for my career. From there, then it's going for multiple championships."

First things first, of course, and that's winning one title. He's in a good position this season, as he's fourth in points heading into the first race of the Countdown to the Championship, the Dodge NHRA Nationals this weekend at Maple Grove Raceway.

And thanks to a points reset for NHRA's playoffs, Arana is only 40 behind leader Eddie Krawiec, a mere two rounds of racing. And he's only 20 behind Krawiec's Harley-Davidson teammate, Andrew Hines.

Ah, yes, the Harleys, winners of five of the last seven PSM championships and winners of five races this season. Krawiec and Hines have been a thorn in the side of every motorcycle racer for several years, but Arana Jr. believes they can be beaten in 2018.

"One hundred percent, they are beatable, and we have what it takes to beat the Harleys," Arana Jr. said. "We've got the power. Just a couple little consistency things, but we know what we need to improve on. When we make a mistake on Sunday, we say, 'OK, let's go back. What should we have done? How can we fix this last run and go forward?'"

Trying to improve on Sunday performances should even out some inconsistency Arana Jr. has faced, and he's been to the second round and beyond in the last eight races. He won at Denver and went to the semifinals at Brainerd and Indianapolis as the regular season came to a close.

"I'm feeling very confident in our chances to win," Arana Jr. said. "We've got an extremely fast bike, and it's been fairly consistent. I feel like I've been doing a realty good job lately, as far as cutting my lights. I've been very pleased with my personal performance as well. I feel very strong mentally now, and I'm excited and ready for the battle."

Arana Jr. doesn't have any specific number of wins or round wins he wants in the Countdown but is trying to boil it down to a simple strategy: Be quickest in every session. Qualifying bonus points can add up, and if you're fast on Friday and Saturday, you should be fast on Sunday, too.

"My focus is making the best pass I can make every run, from Q1 all the way to Q4 and on race day," Arana Jr. said. "I want to make the best run possible in qualifying (because) every little point counts, and I want to try to grab every single one of them. We're going to do our best to be low of the round as much as possible, and that, hopefully, will translate to great success on Sunday.

"I need to maintain my composure that I've had on Sunday and keep racing like that."

Arana is part of the two-bike operation owned by his father, Hector Arana Sr., who had a disappointing season and failed to make the Countdown. But that could pay bigger dividends, as Arana Sr. will unveil a new chassis this weekend, one similar to his son's.

Arana Jr. said his dad will be "key player" in the battle for the championship.

"We will take full advantage of that," Arana Jr. said. "We'll go into 100 percent test mode with him. He didn't make the Countdown, so now we've got to look on the bright side. That might be for the better because now every session is a test session for him, and we have nothing to lose. If we have something to test, we can put it on his bike and figure out if it would work for my bike for the next run."